The driver of a freight train was injured this Monday after the convoy collided with a rock and derailed at the entrance to the Robledo tunnel when it was circulating ... 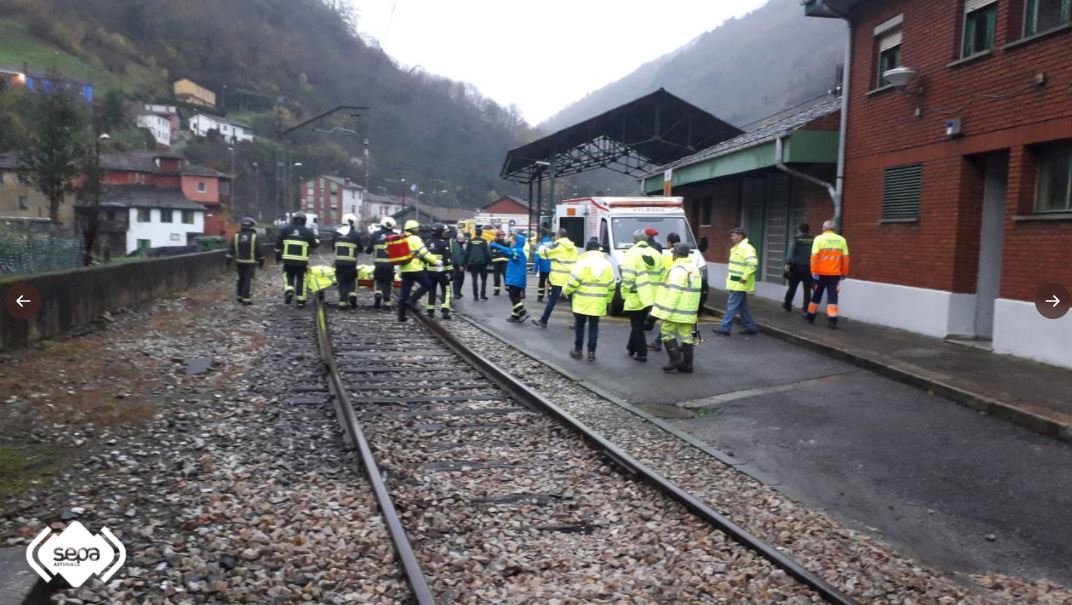 injured this Monday after

when it was circulating in the

on the ramp of the

has forced to cut the rail traffic between Asturias and León

, a situation that could last more than 24 hours.

As reported by the Principality Emergency Service (

, and after derailing, it collided with one of the tunnel fans at whose entrance the locomotive was placed while the remaining five wagons were left outside. .

The injured man, a 60-year-old man, presented, at the expense of further tests and until further medical evaluation,

polyconusions with a reserved prognosis

and, after being treated at the scene of the accident by a medical team, he was transferred to Hospital Álvarez Buylla, in Mieres, according to the data provided by the Urgent Medical Attention Service (SAMU)

The driver had to be released by SEPA firefighters who, in coordination with the medical team, cut the access door to the machine and the seat after opening a gap with the separator and managed to free the driver who was trapped against the dashboard.

and established a meeting point in the town of Puente de Los Fierros from where ADIF personnel transferred firefighters, toilets and equipment to the accident site.

At 8:35 a.m., the firefighters confirmed that they had released the driver and, with the help of a manual ADIF machine, he was transferred after stabilizing him to

where a mobile UVI awaited him.

According to ADIF, the work to restore circulation on the one-way track could last for more than 24 hours and

Renfe has established an alternative

for passengers on the trains affected by this incident.

after another was recorded on Friday due to the

derailment of a freight car