Guindos warns: "There is a risk that inflation will fall to a slower level than expected"

The vice president of the European Central Bank (ECB), Luis de Guindos, has warned this Monday that there are risks that inflation will not reduce at the rate expected by organizations ... 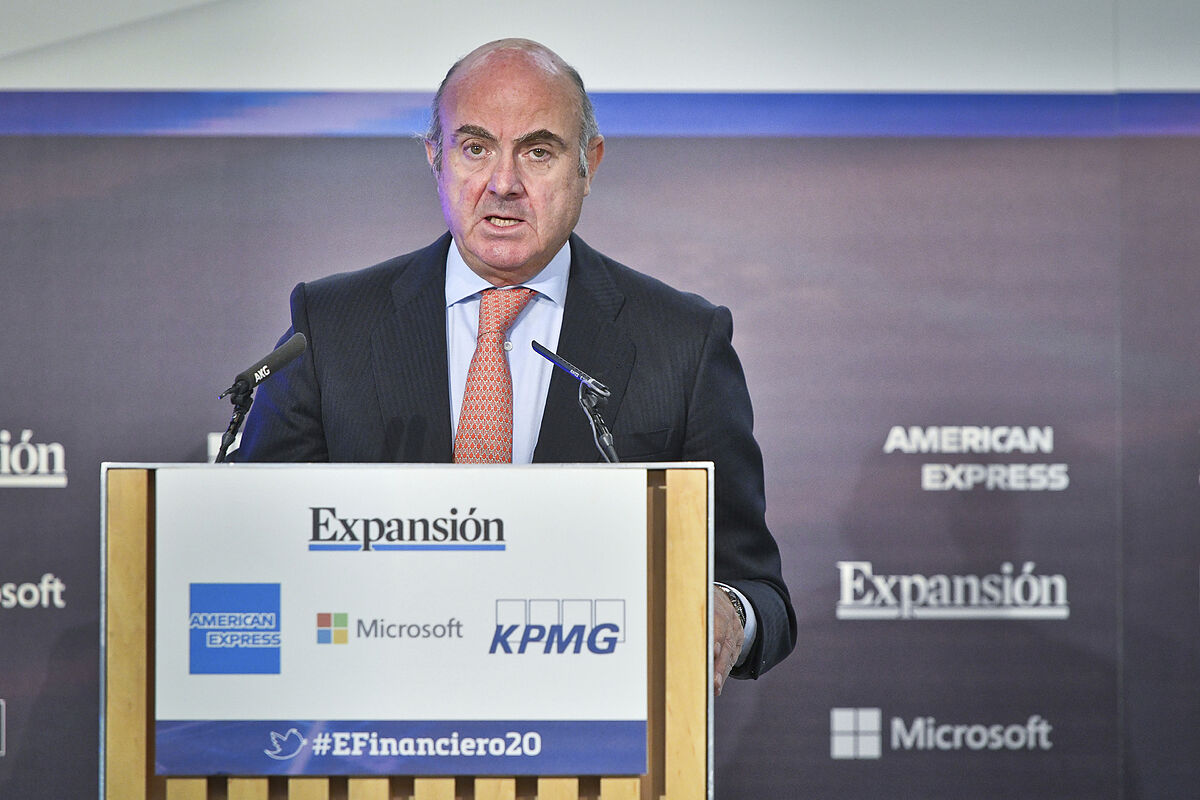 The vice president of the European Central Bank (ECB),

has warned this Monday that there are risks that inflation will not reduce at the rate expected by international and economic organizations.

The former Spanish Minister of Economy is betting that the rise in the CPI, which already reaches 5.6% at its highest level in 29 years, will be a temporary episode, but warns that it is possible that it will remain at high levels for longer than provided.

Everything will depend on how the economy is able to overcome the current bottlenecks in supply chains and reduce the high prices of energy and other raw materials. "The most worrying element in the current recovery phase is inflation. The factors behind it are transitory and will undoubtedly make it fall from next year. However, the acceleration has gone beyond what everyone anticipated. analysts, and if these restrictions continue, their decline will be

less than we thought a few months ago

So far, central banks have tried to downplay the sharp rise in prices and avoided taking steps related to monetary policy to try to contain it.

Their argument is that the rise in the CPI is purely temporary and that the underlying inflation that marks its evolution in the medium term - after discounting the effect of energy and fresh food - remains stable at around 2%.

However, months go by and inflation continues to reap unknown quotas in three decades, already leading to notable income losses for households and awakening labor tensions in many economic sectors that demand an upward revision of their salaries.

"The European economy is at a crossroads: we have a consolidated recovery on the one hand and, in turn, uncertainty linked to supply problems, supply chains, worsening infections, the emergence of new variants of the virus ... "said Guindos.

However, he concluded, "the main risk is that bottlenecks will end up raising inflation even more or causing it to slow down at a slower rate than expected."