Guideline for the ruble: how the spread of the omicron coronavirus strain may affect oil prices

On Monday, November 29, world oil prices are recovering after falling more than 11% on Friday. According to experts, initially investors were frightened by the news about the spread of a new strain of coronavirus "omicron". Market participants began to fear the introduction of tough quarantine restrictions in the world and a drop in global demand for raw materials. However, now exchange players are counting on retaliatory actions from the participants in the OPEC + deal, which should stabilize the situation. Experts believe that in the near future the development of the situation with the pandemic and oil prices will be the main reference point for the ruble. How in these conditions the dollar and euro rates can change by the end of the year - in the material RT. 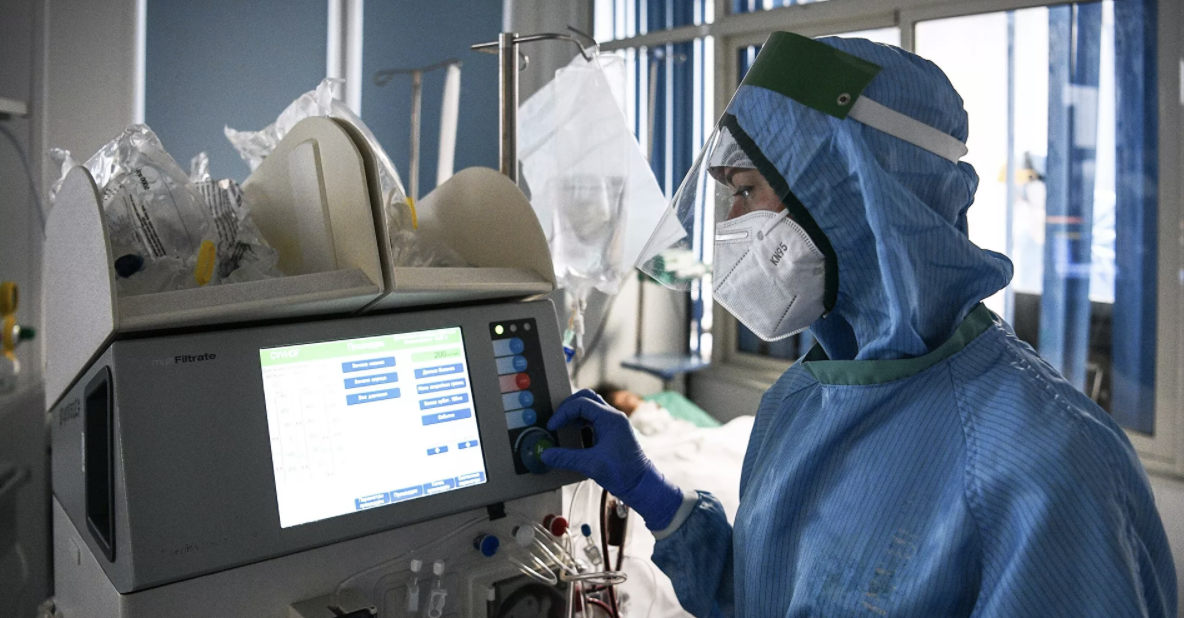 The cost of raw materials of the reference grade Brent on the ICE exchange in London rose by 6% - to $ 75.91 per barrel.

Oil prices are recovering after a sharp Friday collapse: at the auction on November 26, Brent and WTI quotations fell by more than 11% and at the moment dropped to $ 72.14 and $ 67.4 per barrel, respectively.

The fall in the cost of raw materials was the largest since April 2020.

“Investors on Friday reacted to reports of a new strain of coronavirus.

Market participants began to fear the resumption of lockdowns in different countries, which could lead to a decrease in global demand for oil, "Igor Galaktionov, an expert on the BCS World of Investments stock market, explained in an interview with RT.

On November 24, it became known that scientists have identified a new strain of the SARS-CoV-2 coronavirus, which is potentially capable of becoming its most dangerous variant.

Strain B.1.1.529 was designated with the Greek letter omicron.

Experts note that he has an "incredibly high" number of mutations.

“Now the world oil market is partially correcting after the drop.

At the same time, investors are pinning their hopes on OPEC +.

The players expect that the members of the alliance will respond to new challenges and adjust their production policy, ”Galaktionov said.

As part of the deal, the states jointly control oil production to achieve a balance between supply and demand in the global hydrocarbon market.

It is assumed that such a policy should protect energy prices from significant fluctuations.

Against the backdrop of the recovery of the world economy and an increase in global demand for raw materials, since August 2021, the countries - oil exporters began to gradually increase oil production.

At the moment, the states are increasing the production of raw materials by 400 thousand barrels per day per month.

However, experts do not rule out that in connection with the emergence of a new strain of coronavirus, OPEC + participants will abandon their plans.

“The market expects that OPEC + will not expand production in December, but the parties to the agreement have not yet announced their intention to change their usual monthly tactics.

Oil-producing countries will focus on the balance of supply and demand.

If there is a surplus of raw materials on the market, the parties may postpone the expansion of production, ”Oksana Lukicheva, an analyst for Otkritie Investments, suggested in a conversation with RT.

The next meeting of the countries participating in the OPEC + deal is scheduled for December 2.

Russian Deputy Prime Minister Alexander Novak said on Monday that at the meeting the parties are going to discuss the situation on the oil market and the need for additional measures to stabilize it.

“In order to work out everything in detail, the JMMC (the ministerial monitoring committee of OPEC +. -

to get more information about current events, including on a new strain of the virus,” Novak quotes TASS.

At the same time, Russia does not yet see the need for urgent measures on the oil market, the Deputy Prime Minister emphasized.

According to him, now it is necessary to monitor the situation, and "there is no need to make hasty decisions."

Taking into account the decisions made in OPEC +, the experts interviewed by RT do not expect a significant drop in oil prices in the foreseeable future.

According to Oksana Lukicheva, by the end of 2021, the cost of Brent crude will fluctuate between $ 70-75 per barrel.

At the same time, for half a year, the price of oil may be in a wider corridor - $ 70-90 per barrel, says Alexander Osin, analyst of the department of trading operations on the Russian stock market at IC "Freedom Finance".

“An important factor for the market is also the decision of the United States and a number of other countries to increase the supply of oil from their strategic reserves.

In these conditions, the market may generate a surplus of 1.5-3 million barrels per day.

However, these risks are already reflected in current prices, "added the interlocutor of RT.

At trading on Monday, following the rise in oil prices, the Russian currency also began to strengthen.

At the same time, on Friday, amid falling oil prices, the euro rate renewed its two-month maximum and rose above 85 rubles, while the dollar rate for the first time in six months approached the level of 76 rubles.

According to experts, in the coming month, the situation with the spread of a new strain of coronavirus and the dynamics of oil prices will continue to play a decisive role for the ruble.

Meanwhile, the actions of the Central Bank can provide additional support to the national currency.

“The situation will depend on changes in the interest rate by the Bank of Russia.

The expected rate hike will restrain the weakening of the currency, even in the event of a further decline in oil prices, ”said Oksana Lukicheva.

To combat inflation, the Central Bank has been steadily raising its key rate in recent months and in October raised it to 7.5% per annum.

So, due to the increase in the interest rate, the yield of federal loan bonds (OFZ) increases.

As a result, an additional inflow of investments into the OFZ market should have a positive effect on the dynamics of the national currency, analysts say.

The next meeting of the Board of Directors of the Central Bank is scheduled for December 17.

At the same time, during its final meeting in 2021, the top management of the regulator may increase the rate by one percentage point at once - up to 8.5% per annum.

This was previously stated by the chairman of the Central Bank Elvira Nabiullina.

According to the forecast of Alexander Osin, in the coming month, exchange rates may remain in wide ranges: 71.7-79.3 rubles per dollar and 82.4-87.1 rubles per euro.

According to Oksana Lukicheva, by the end of the year the dollar and euro rates may drop to 70 rubles and 80.85 rubles, respectively.