Vladimir Putin signed a law exempting families with two or more children in Russia from paying personal income tax (PIT) when selling housing. This provision applies to transactions concluded from January 1, 2021. To receive the benefit, parents must purchase new real estate within a year after the sale of their home. As the president noted earlier, due to the initiative, Russians with children will have more opportunities to improve their living conditions. Experts believe that the actions of the authorities are partly aimed at increasing the birth rate in the country. 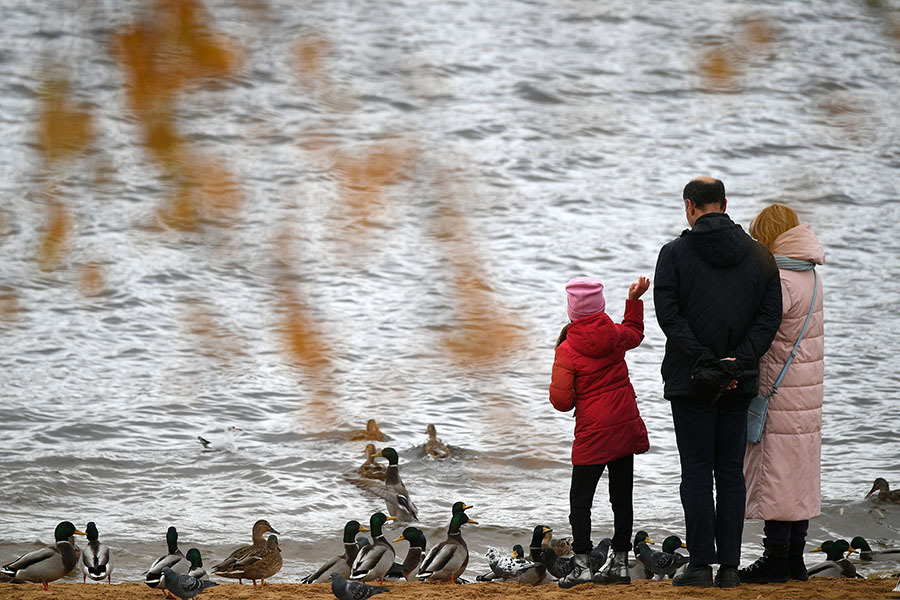 On Monday, November 29, Vladimir Putin signed the Federal Law "On Amendments to Part Two of the Tax Code of the Russian Federation", which exempts a number of categories of income from personal income tax (PIT).

In particular, the document exempts families with two or more children from paying personal income tax when selling real estate, if the money received is used to improve living conditions.

The head of state announced the corresponding initiative back in June during a speech at the XX Congress of the United Russia party.

According to the president, the amount of personal income tax on the sale of housing is significant, and it is this money that may not be enough for a family to purchase a new apartment upon the birth of subsequent children.

Against this background, Vladimir Putin proposed to provide for a special privilege for such parents.

“This way you and I ... will be able to provide people with more opportunities to improve their living conditions.

Some penny will remain in their hands - they will be able to use it to buy a larger apartment, ”Putin said.

On November 18, the law was adopted by the State Duma, and on the 19th, it was approved by the Federation Council.

As the chairman of the lower house of parliament Vyacheslav Volodin noted, the rule will apply to income from the sale of housing, received starting from January 1, 2021.

“The amendments are of a social nature.

We understand how acute the housing issue is for families with two or more children.

At each of these stages, the family needs more and more living space, not to mention when another baby appears in the family, ”explained Volodin.

Note that in order to be exempted from personal income tax, new housing must be purchased in the same year when the old one was sold or no later than April 30 of the next year.

In addition, at the time of the sale of real estate, none of the family members should own another home, the total area of ​​which is 50% larger than the area acquired.

“The President has repeatedly stated that supporting families with children is a key task for the government.

We see that the authorities are really moving in the chosen direction.

Income is never superfluous, and even more so for families with children.

Now parents will be able to more safely use this money both for the purchase of a new apartment and for the down payment on the mortgage, "said Nikita Maslennikov, head of the Finance and Economics department at the Institute of Contemporary Development, in an interview with RT.

During the pandemic, it was families with children that were included in the category of the most affected citizens, says Georgy Ostapkovich, director of the Center for Market Research at the Institute for Statistical Studies and Economics of Knowledge at the Higher School of Economics. In his opinion, in the current conditions, the initiative of the authorities will significantly ease the burden on the budgets of a number of families. Moreover, in part, the new law will help improve the demographic situation in the country.

“As a rule, if parents plan to expand their living space, they think about the birth of the next child.

I would like to note that now the relatively low birth rate and high mortality rate are two problems that in five years' time could become a serious challenge for the economy.

That is why the authorities are looking at the future and, among other things, are taking measures to increase the birth rate.

In the future, this will give the economy new labor resources and knowledge, ”Ostapkovich said in a conversation with RT.

The law signed by the president also exempts from personal income tax income received by citizens and organizations in the form of prizes, prizes and gifts for participating in competitions, contests and other events, the organizers of which are included in the list of NGOs approved by the government. A similar benefit applies to incomes that were received as part of incentive measures for citizens participating in vaccination, as well as in connection with the implementation of measures for the pre-gasification of settlements.

Personal income tax and insurance premiums are exempted once from citizens' incomes within one minimum wage (12,792 rubles), which were received during non-working days in October-November.

Also, subsidies received by small and medium-sized businesses and socially oriented NGOs in 2021 as part of measures to support the fight against the consequences of the pandemic are exempted from income tax.

The corresponding exemptions will apply to income earned from January 1, 2021.

“Reducing taxes on payments and subsidies increases the paying capacity of the low-income population, and now it is a determining factor for the economy.

The President called the low incomes of citizens the main enemy and is now carrying out his program, according to which the poverty level should be halved by 2030, ”explained Georgy Ostapkovich.

At the same time, Alexander Rozman, a senior analyst at Forex Optimum, expressed the opinion that the latest initiatives will not have a serious impact on the country's budget.

“The new law will not have a noticeable negative effect on the volume of the taxable base.

According to rough estimates, for example, due to the exemption of citizens from personal income tax when selling housing, the budget will miss about 390 million rubles in tax revenues.

This is about 0.002% of the total amount of taxes received by the federal and regional budgets in 2020, ”the expert emphasized.