The "fracture price" is a pie in the sky or a big routine?

Chinanews client, Beijing, November 28 (Zuo Yukun) Have you felt the cooling of the property market?   Under the pressure of downward housing prices, since November, many places have successively issued "restriction orders" for housing prices. After the fair price cut was "restricted", real estate companies came up with new tricks, and "fractured" workers have sprung up.   Can people who buy h 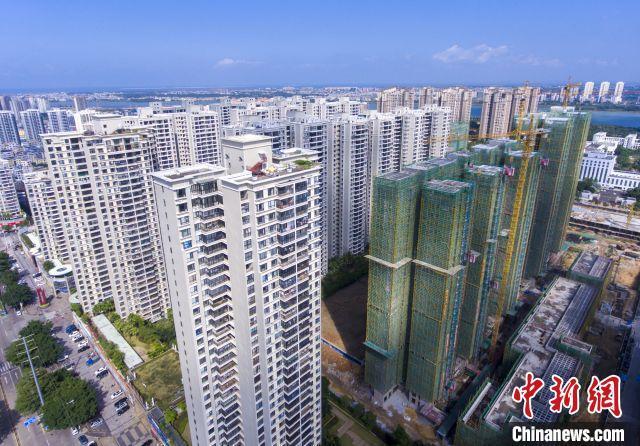 Chinanews client, Beijing, November 28 (Zuo Yukun) Have you felt the cooling of the property market?

Under the pressure of downward housing prices, since November, many places have successively issued "restriction orders" for housing prices.

After the fair price cut was "restricted", real estate companies came up with new tricks, and "fractured" workers have sprung up.

Can people who buy houses make mistakes in this game?

"The city is full of workers and houses"

Recently, keywords such as "work to house" and "internal housing" have filled the circle of friends of real estate agencies.

Gongdaofang not only frequently appeared in second- and third-tier cities, but also appeared in first- and new-tier cities such as Guangzhou, Chengdu, and Nanjing.

According to media statistics, Guangzhou has recently launched more than ten real estate projects in the city, from the suburbs to the main urban area.

"Work-to-house" refers to the project-to-account housing, which is a method used by developers to deduct project funds from the project party.

What the project side needs is not a house but capital. Therefore, after obtaining a mortgaged house, it often chooses to sell it at a discounted price and quickly sell it to withdraw funds.

"Working in housing is nothing new, it has always been there before. It's just that the houses have been selling well in the past few years, and the liquidity is abundant. Developers will naturally not be short of money and will not pay for the house. The market is not good recently, and the developers If I can’t afford to pay, I’ll start working again.” Chen Ying (pseudonym), head of a real estate agency in a second-tier provincial capital city, told Chinanews.com.

Chen Ying said that in the past, because the real estate was often cheaper by tens of thousands or hundreds of thousands, a large amount of price cuts would affect the overall price of the real estate. This is something that developers do not want to see, so some restrictions will be imposed, such as temporarily not filing for the record. , No loans, etc.

Higher payment terms will also be set, and the payment time will be tighter.

There are often only triple receipts when selling, which has certain risks.

However, the fall in housing prices has also brought some changes to the workers' housing.

Chen Ying said that finding ways to lower prices and promote sales has become the main move of real estate companies in the near future.

“One by one, it’s cheaper than anyone else, and some disks in peripheral areas are sold directly at the land price.” This allows Chen Ying’s recently taken over not only for loans, but also for the transfer of real estate certificates quickly. .

"We sometimes ridicule and say that'there are all workers in the city'." Chen Ying estimates that the current market price of workers in the second-tier cities can reach the 30% to 80% of general commercial housing, and third- and fourth-tier cities, especially some The prices of properties that are already relatively weak are not few.

However, behind these attractive conditions, there are also many hidden dangers hidden in the workers.

Data map: citizens pass by in front of a real estate.

"Two Faces" of Workers Arriving in the House

Ms. Huang, a house buyer in a third-tier city, has recently almost suffered a loss of housing.

"I ordered a work-to-house from the project boss through an intermediary in September. The total price was not high, and it was almost 100,000 yuan cheaper. I promised that I would sign the contract directly with the sales department. Signed the subscription form and paid a 40% down payment." Ms. Huang told Chinanews.com.

Ms. Huang is anxious to sign the contract to get the real estate certificate and mortgage as soon as possible, but the sales office has been using various excuses to delay.

After waiting for more than a month, Ms. Huang found out that the house was already under mortgage and could not be traded without releasing the mortgage. Therefore, the sales office could not sign the contract.

Ms. Huang, who was deceived by the sales department and the project boss, was very entangled in whether to check out. Fortunately, after calling the mayor’s hotline a few days ago, the developer changed her attitude and proactively handled it and promised to sign a contract to handle the mortgage within 15 days.

“To confirm whether the worker’s housing is mortgaged, the key is to look at the project mortgage agreement, real estate pre-sale certificate and other related documents. If conditions permit, it is best to go to the relevant real estate department to verify. The mortgage is out." Chen Ying said.

In addition, based on past experience, there may also be risks such as inability to transfer due to lack of inspection by relevant departments, the construction party has signed a purchase contract with the developer and filed, and signed the wrong contract subject, etc., and buyers need to be more careful.

Chen Ying said that real work-to-households are no different from normal commercial houses in terms of quality and after-sales service.

To avoid such problems, developers should be required to provide a complete set of procedures for selling houses and achieve "complete five certificates."

In addition, the most important thing is to look for the developer. The procedures, contracts, subscriptions, and money are best given directly to the developer. If it is a non-developer account, it must be "triple-party management."

In addition to the relatively high pressure on the cash flow of developers, there has been a blowout in the recent period of work-to-housing. Another situation is that of ordinary commercial houses for sale under the banner of work-to-housing.

Zhang Bo, Dean of 58 Anju Guest House Property Research Institute, pointed out that the products launched by some real estate companies are not necessarily "commercial housing", but ordinary commercial houses on sale. In order to withdraw funds, they must adjust the price, but they are afraid of old age. Owners have formed a great rebound sentiment, so that they will also sell under the name of "work in house", which is a disguised price reduction behavior.

Chen Ying also said that in this case, developers generally entrust promotional houses to local agents for sale, and the sales offices are still at normal prices to avoid trouble. These houses need to pay special attention to property rights.

Recently, there have also been a lot of rights protection actions by old proprietors on the Internet.

The old owners are wronged, and the developers are helpless. Chen Ying feels that this can only be said to be a compelling choice for real estate companies in difficult times.

Tongce Research Institute pointed out that although the "restriction order" and other measures can stabilize housing prices at a certain level, the market is priceless, which makes it impossible for real estate companies to quickly withdraw funds through discounts and promotions.

Zhang Bo also said that in the fourth quarter, real estate companies' demands for accelerating the return of cash continued to increase. Although there are signs of improvement in overall financing, it will not change the industry's difficulty in financing.

This is also an important reason why real estate companies continue to accelerate the pace of sales, driving sales through price cuts.

Are you willing to buy a house for work?