La Chapelle was consumed wildly, and the "Chinese version of ZARA" came back to life?

Chinanews.com client, Beijing, November 28 (Reporter Xie Yiguan) Following the defeat of many fast fashion brands in China, La Chapelle, at its peak, had nearly 10,000 stores and was once known as the fast fashion of "China ZARA" The brand is now on the verge of bankruptcy. News of bankruptcy aroused "wild consumption" of netizens   Recently, La Chapelle issued an announcement that the company 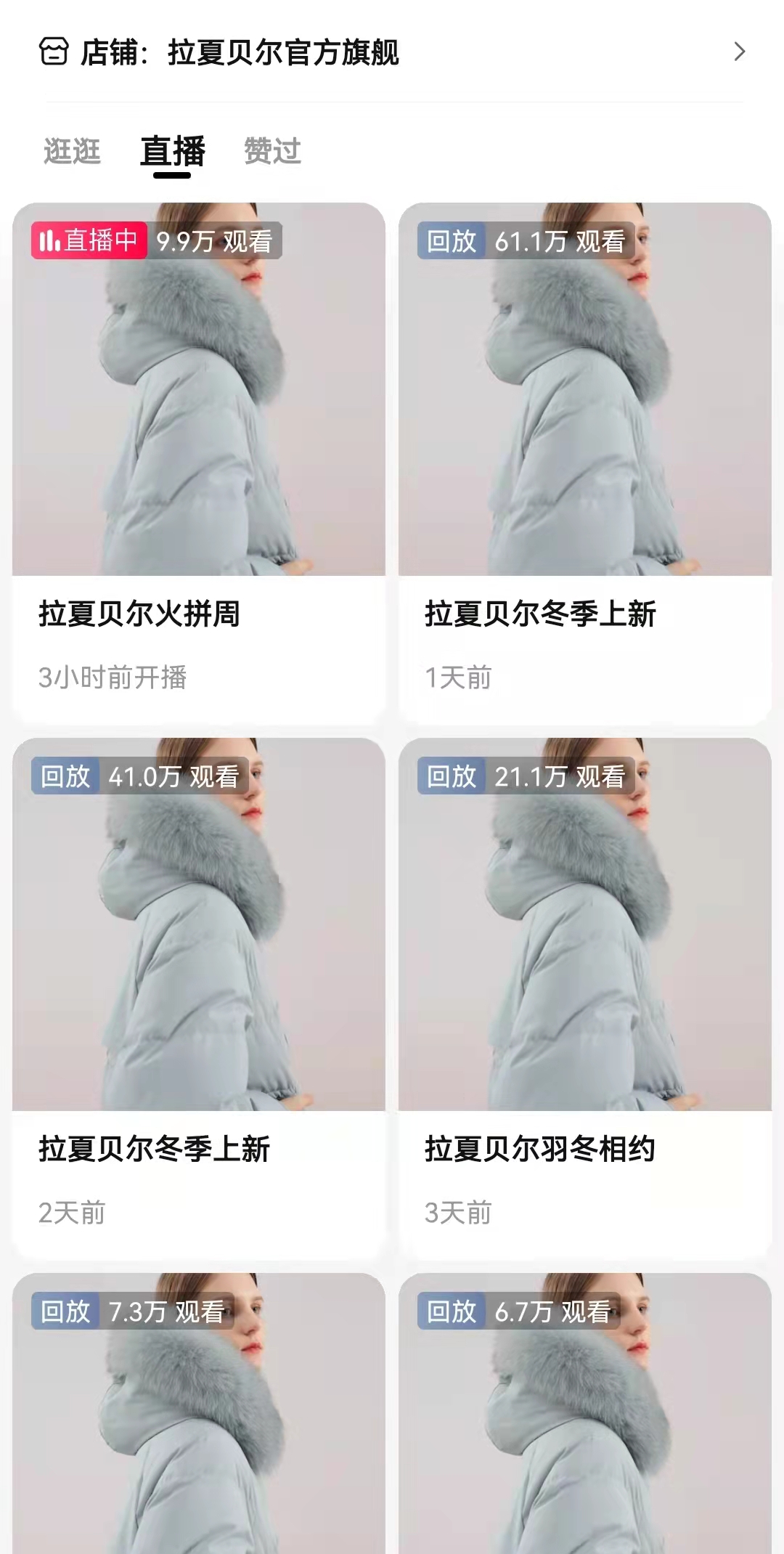 Chinanews.com client, Beijing, November 28 (Reporter Xie Yiguan) Following the defeat of many fast fashion brands in China, La Chapelle, at its peak, had nearly 10,000 stores and was once known as the fast fashion of "China ZARA" The brand is now on the verge of bankruptcy.

Prior to this, the number of people in the live broadcast room was often only tens of thousands.

In addition to asking for product information, many netizens will also ask "Is it really bankrupt?" "Will the product be cheaper if it goes bankrupt", and some netizens ask "Are there any coupons that can be discounted by 600 minus 600?"

Netizens said that "subtract 600 from 700" is exactly the promotion that La Chapelle Suning's official flagship store is doing recently.

With consumers eager to buy, the reporter found that there are still promotional products in stock on the evening of the 24th, and most of them can only be booked at present.

The store’s delivery notice said, “Due to the surge in orders for store activities and the shortage of staff in the warehouse, the delivery time will be delayed.”

"The leaks in the house are always rainy and rainy"

La Chapelle, who has been "crazy" by consumers, has seen "bad things" one after another in recent months.

To this end, we also received an inquiry letter from the Shanghai Stock Exchange.

On the evening of November 16, La Chapelle announced that the company had received the "Decision on Ordering Corrections to Xinjiang La Chapelle Garment Co., Ltd." from the Xinjiang Supervision Bureau of the Securities Regulatory Commission.

The inspection found that the company has a number of problems in corporate governance, information disclosure, accounting and annual report preparation, such as irregular management of raised funds, inaccurate disclosure of the 2020 annual performance report, and accounting errors in the 2020 financial report.

The announcement showed that Shanghai Hexia Investment Co., Ltd., the concerted person of the original controlling shareholder and actual controller Xing Jiaxing, was also ordered to take corrective measures due to non-operating occupation of La Chapelle’s funds of 9.5 million yuan.

The financial report shows that La Chapelle's revenue in the first three quarters was only 365 million yuan, a year-on-year decrease of 78.16%, and the net profit loss attributable to shareholders of listed companies reached 289 million yuan.

At present, La Chapelle's total assets are 2.889 billion yuan, total liabilities are 3.86 billion yuan, and the debt-to-asset ratio is as high as 134%.

At its peak, there were nearly 10,000 stores, but now there are only more than 300 stores left

La Chapelle, who is now on the verge of bankruptcy, has also been on the "Altar".

In 2007, La Chapelle received the first round of financing, and in 2009 it received investment from Legend Capital, and has since expanded rapidly.

In 2017, it landed on the A-share market and became the first domestic apparel company to be listed on the "A+H" two places. At that time, La Chapelle had nearly 10,000 stores across the country and more than a dozen private brands, and the limelight was the same.

In 2018, La Chapelle's revenue exceeded 10 billion yuan, and it once became the domestic listed company of women's clothing with the highest revenue.

However, the rapid expansion has also left hidden dangers for the brand. On the one hand, the inventory backlog is too high, and on the other hand, it frequently falls into quality and design disputes.

In addition, the company's “multi-brand, direct sales-oriented” business model cannot achieve the effect of 1+1>2, which has led to increasing operating costs.

In 2019, in response to the declining performance, La Chapelle chose to close its loss-making stores, open franchise and associate stores, and sell some fixed assets.

But in 2020, due to the impact of the new crown pneumonia epidemic, the clothing industry is bleak, La Chapelle’s revenue has been "Waterloo" again, and the stock is "covered with stars and hats" and turned into *ST Laxia.

As of the end of September 2021, the company has only 349 offline operating outlets left, which is more than 9,000 stores closed at its peak.

According to the information published on the official website, a reporter from Chinanews.com looked for an offline store in Beijing on the 26th and found that it did not exist.

Query other stores on the map, and there are also prompts that the service status may change.

How long have you not visited La Chapelle?