The inflation rate in the United States of America has reached its highest rate in 31 years, as consumers face a sharp rise in prices for a variety of goods and services due to the continued shortage of supply, and the decline in employment, with a noticeable increase in demand caused by the economic imbalances of the outbreak 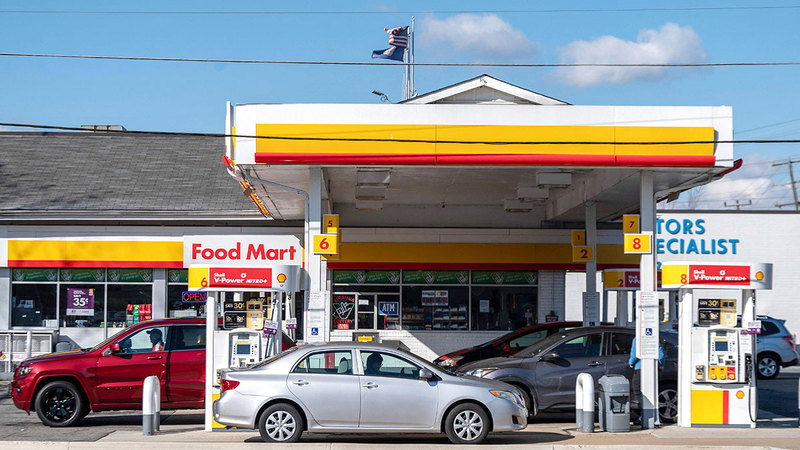 The inflation rate in the United States of America has reached its highest rate in 31 years, as consumers face a sharp rise in prices for a variety of goods and services due to the continued lack of supply, and the decline in employment, with a noticeable increase in demand caused by the economic imbalances of the outbreak of the “Covid-19” pandemic. ».

The high rate of inflation has become one of the most confusing problems facing economists and US government policy makers, from Federal Reserve officials, who set interest rates, to the administration of President Joe Biden and Congress, according to the Wall Street Journal, which explained that the reasons behind the high rate of inflation are not Countless, warning that treatment scenarios could push the economy into recession.

The newspaper indicated that the current wave of inflation has several causes, many of which are related to the “Corona” pandemic, as consumers save money due to government stimulus programs and the decline in spending on services, which leads them to focus demand on goods that face a scarcity of supply.

There are also fewer workers in the labor market, which encourages them to demand higher salaries that reduce overall productivity and thus raise costs, in addition to higher energy prices, supply chain disruptions, truck driver shortages, and increased transportation delays, These additional costs lead to an increase in prices.

However, the readings show a spread of price increases, well above policy makers' targets for the annual inflation rate, which is hovering around 2% on average.

Gasoline prices rose in October 2021 by nearly 50% compared to the same month last year, bringing them to levels last recorded in 2014.

Grocery prices also increased by 5.4%, with meat prices increasing by 14.1% from last year, the largest increase since 1990.

New car prices jumped 9.8% in October, the biggest increase since 1975, while furniture and furnishings have jumped the most since 1951, and tires and sports equipment prices have risen the most since the early 1980s.

In response to rising gasoline prices, the Biden administration plans to use oil from the US Strategic Petroleum Reserve, which contains more than 600 million barrels of oil, in four underground storage fields along the coasts of Texas and Louisiana.

The plan aims to increase the supply, leading to a reduction in gasoline prices.

Most economists believe inflation will subside next year, as supply chains return to normal and energy prices stop rising.

However, as is often the case among economists, there is disagreement over the level at which price increases will stabilize.

Federal Reserve officials believe inflation will return to between 2% and 2.5% next year.

Economists also expect the interest cost of buying a home to remain low in the future, in part because the Fed is not expected to raise interest rates much.

Inflation reflects a significant increase in prices or a decrease in the value of money, and occurs as a result of increased demand for goods or services, and increases in prices, which do not necessarily harm the overall economy, but affect consumers.