Data published by OAG International, a provider of airport and airline data, showed that the total number of scheduled seats on international flights through Dubai International Airport exceeded the three million seat barrier during November 2021, so that Dubai International maintained its first position as the largest airport in countries 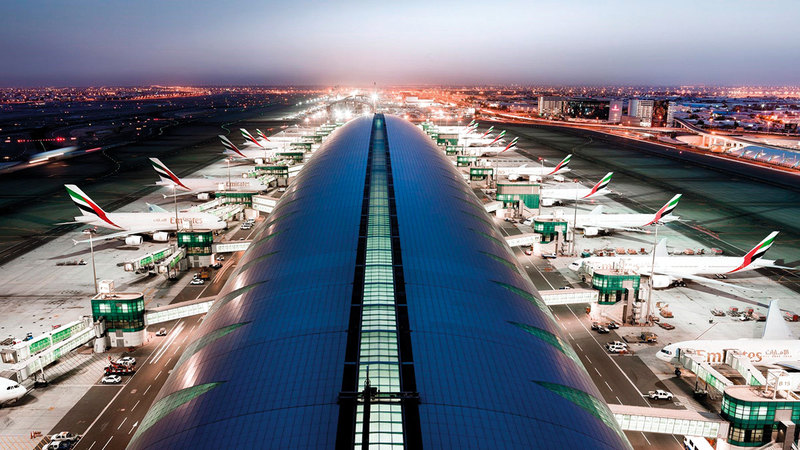 The seat capacity scheduled through «Emirates Airlines» rose to 850.1 thousand within a week.

According to the data, which "Emirates Today" obtained a copy of, Dubai Airport continued to record continuous growth rates over the past months in the number of seats occupied by various airlines at the airport, with the continuous increase in the number of flights, and the resumption of more air carriers to their operations in the airport.

The scheduled seat capacity in Dubai International increased significantly during this November, recording about 12.5%, compared to last October.

The data indicated that Dubai acquired five of the busiest international flight paths, which include flight paths starting or ending in the Emirates to and from Riyadh, London Heathrow, Jeddah, Bahrain and Cairo.

Data from OAG International showed that airlines operating in UAE airports will occupy a total of more than 1.03 million seats on flights, during the week that began on November 22, compared to 1.02 million scheduled seats during the previous week, with a rate of A growth of about 1.9%.

Thus, the seat capacity in the country’s airports exceeds the one million seat barrier for the first time since the start of the “Covid-19” pandemic.

The scheduled seat capacity through Emirates Airlines increased during the week that started from November 22, 2021, to about 850.1 thousand seats, a growth of 1%, compared to the previous week.

According to data published by OAG International, airlines around the world will occupy 76.5 million seats this week, noting that despite the recent “Covid-19” wave in Central Europe, this has not yet affected the seat capacity.

• 12.5% ​​growth in scheduled seat capacity in Dubai International during November, compared to October.