The Intermodalidad de Levante consortium (Ilsa), formed by the Spanish company Operador Ferroviario de Levante -a subsidiary of Air Nostrum- and the Italian Trenitalia, has presented ... 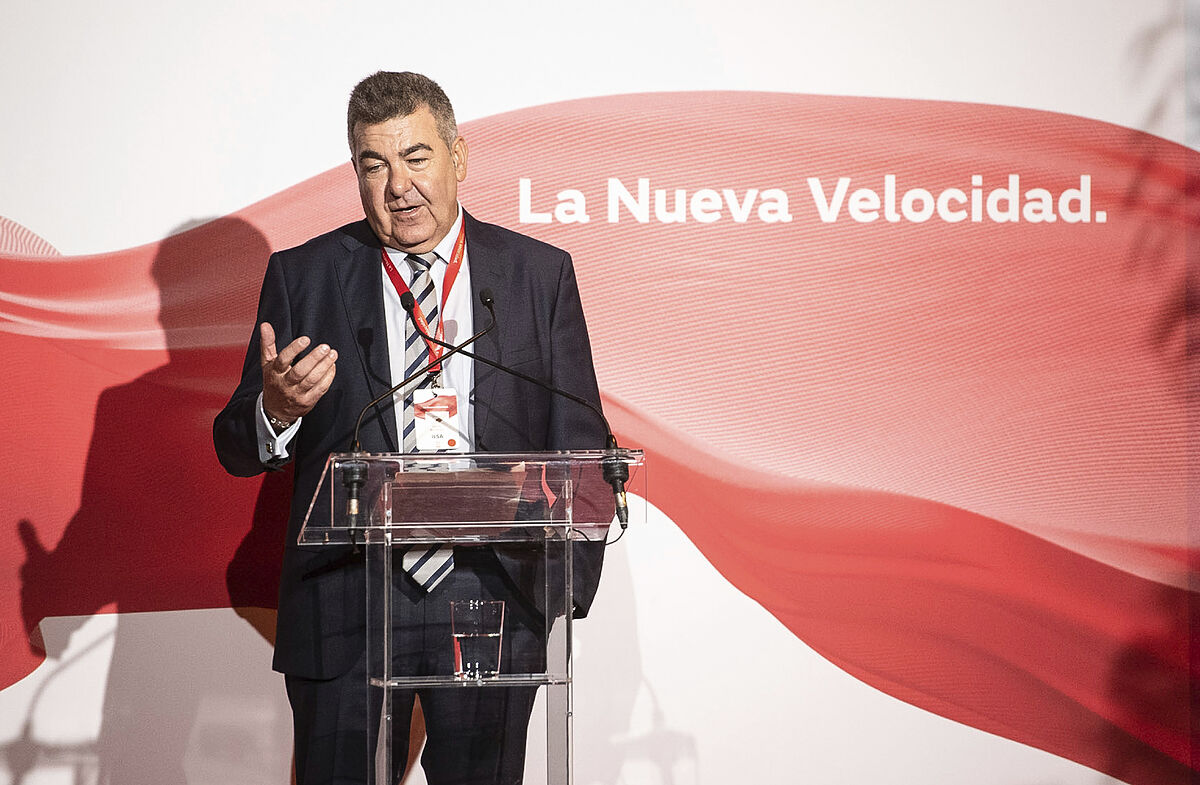 The Intermodalidad de Levante consortium (Ilsa), formed by the Spanish company Operador Ferroviario de Levante -a subsidiary of Air Nostrum- and the Italian Trenitalia, has presented iryo, the commercial brand with which it will operate in Spain from the second half of 2022 In this way, Renfe will have competition from a private operator for the first time.

The debut took place at an event held in the iconic tropical garden of the Atocha station in Madrid. Among others, Isabel Pardo de Vera, Secretary of State for Transport, Mobility and Urban Agenda of the Government of Spain;

Carlos Bertomeu pointed out during his speech the complexity of the air and rail sectors.

Thus, he recalled that "everything complex must be worked on for many years" and pointed out that "at home we have become accustomed to being long-distance runners."

In this sense, he pointed out that its "formula" is based on several pillars such as "extremely high operational quality" or "scrupulous compliance with current regulations."

He also boasted "a differential service culture, in which we have invested a lot of time and money."

The company has already made an investment of

with which it intends, among other things, to attract some 50 million passengers in the next 10 years.

In addition, it will create 2,600 direct and indirect jobs.

For his part, Simone Gorini praised Spain, "a country at the world forefront in our reference sector, with one of the largest and most modern rail infrastructure networks".

In this sense, he wanted to position this means of transport as a "sustainable" alternative and not so anchored to the twentieth century: "We want to transform the experience of traveling by train."

Ilsa is the most important private operator in Spain, as it has 30% of all High Speed ​​frequencies in the country.

As announced by the firm, in this first phase it will connect

All this, they hope, will allow the train to regain the prominence it had before the democratization of flights that culminated in the arrival of low-cost flights.

In fact, Víctor Bañares, Ilsa's CEO, recently stated that his goal is "to be the Vueling of trains", and the "favorite brand that citizens choose to travel for business and leisure."

The first of the 20 ETR 1000 trains -also known as Frecciarossa 1000- that will make up the company's fleet at the beginning was also officially presented at the event.

It is a vehicle with a maximum approved commercial speed of 360 km / h.

The trains, the company says, are "the most sustainable, fastest and quietest in Europe" and are made with 95% recyclable materials.

This saves 80% of carbon dioxide per person on each journey.

They are manufactured between Spain and Italy by Hitachi Rail and the Alstom group.

The model visited has already been traveling on Spanish roads for several months, since in September it began its homologation tests in different sections of the Adif network.

Its design, with a great role in the color red, seeks to become a hallmark of the brand.

The market entry for iryo is a further step in the liberalization of rail passenger transport, which began in May when Ouigo, owned by SNCF (ie the French State), entered service.

This has led, mainly, to a drop in ticket prices (good proof of this are the Ouigo fares, at nine euros for the trip between Madrid and Barcelona, ​​which were later exceeded by five euros in avlo).

Also, of course, it has led to an increase in the frequency of trains, at least on some routes.

LaborThe 300,000 vacancies in the country of unemployment: "We cannot play the game with half the squad"

When Maradona became God: three actors to remember the golden years of Pelusa