House promotion sale! The "Double 11" of real estate enterprises is not over yet

Chinanews client, Beijing, November 18 (Zuo Yukun) "I have been busy on "Double Eleven" recently. I didn’t get off work until 12 o’clock last night. I was crying while walking on the road after get off work, and I felt sad. Now this The market is really going to be unsustainable." Lin Shan (pseudonym), who works as a real estate consultant in a second-tier city, told Chinanews.com.   The "Doubl 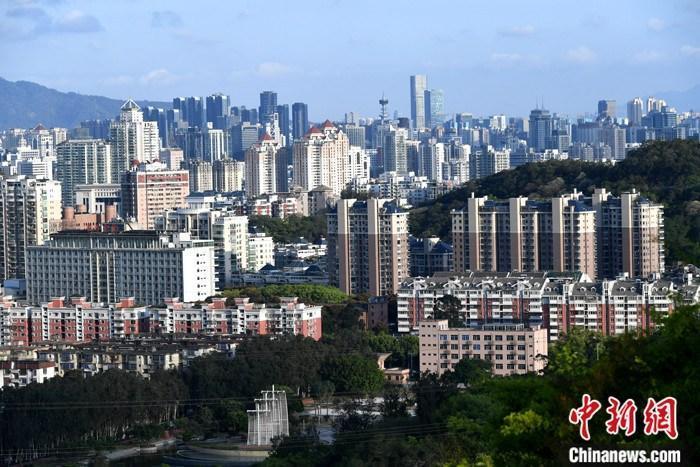 Chinanews client, Beijing, November 18 (Zuo Yukun) "I have been busy on "Double Eleven" recently. I didn’t get off work until 12 o’clock last night. I was crying while walking on the road after get off work, and I felt sad. Now this The market is really going to be unsustainable." Lin Shan (pseudonym), who works as a real estate consultant in a second-tier city, told Chinanews.com.

"'Double Eleven' is just an excuse.'Golden Jiuyin 10' did not perform well. The leaders are trying their best to hope to get some warmth before the end of the year." Lin Shan said.

On November 15, the National Bureau of Statistics announced the national real estate development investment and sales from January to October.

On the supply side, affected by policies such as centralized land supply, the growth of real estate development investment has continued to slow down, and the growth rate has slowed for eight consecutive months.

The property market in the Beijing area is very unsatisfactory, and the payment is particularly bleak

. The bank loan policy is relatively tight, and the company's capital turnover is not open. Land acquisition has been stopped." A staff member of the financial and capital department of a real estate company in Beijing Express.

In the case of poor financing channels, price-cut sales have become the most direct and effective means of withdrawing funds.

Therefore, the long "Double Eleven" in the real estate industry is, in the final analysis, a battle around cash flow.

"The discounts for'Double Eleven' are still quite strong. First, we launched ten sets of special offers with good locations and floors. The original prices were all in the early 1 million range, and the most discounted price was reduced by 125,000. There was also a direct drop of 1,111 yuan. , Furniture kits, lottery visits, and many other activities." Mr. Sun, a real estate consultant in Taiyuan, Shanxi, told Chinanews.com that during the event, the sales office traffic increased by 30 to 40%. 7 sets were sold, and 8 sets were sold in other listings.

it is almost a common phenomenon for real estate companies in

"To be honest, we don't want to lower the price. The business is not good. It's not that the more you do it, the more you lose money. But the colleagues around you are dropping. If you don't drop, there will be no way to survive."

thing. Only by living and keeping the green hills will there be a chance to make adjustments in the next step. Therefore, it is also to abandon the profit margin to defend the cash flow. Today’s rational move.” said Bai Wenxi, chief economist of IPG China.

"The colder the property market, the warmer my heart." Some netizens once commented.

Fu Wei (a pseudonym) in Suzhou, Jiangsu, is a consumer who successfully bought a house during the "Double Eleven" event.

"The down payment is 30% and the monthly payment is 12,000 yuan. The activity price is about 200,000 yuan lower than the original price. Although the floor is a little lower, I am still very satisfied, because without this activity I definitely can't afford it."

"The sales department is in a park with a large lawn next to it. There are many people picnicking and walking dogs on it. I was impressed by this scene as a dog owner! Later, I looked at real estate better. I have been looking at the house for a long time. There was almost no hesitation and the decision was made." Fu Wei recalled.

"The developer will report the housing and the reserve price to us. We have dedicated staff to design the copy based on different communication channels such as Moments, Promotional Pages, Douyin, Live Broadcast, etc., and there will often be attractive "buying the reserve price" and "fracture promotion". The wording of eyeballs and the

atmosphere are very well created. There will be many customers who are really excited, and even place orders in a'second kill' style before the price is calculated

." Ms. Zhai, a real estate agent in a provincial capital city, told Chinanews.com, afterwards There are also many customers who calm down and regret it.

"But indeed, because of the special circumstances this year, the pressure to pay back is in front of us, developers have indeed "cut the meat" on the ground, and the intensity is much greater than in previous years." Ms. Zhai said that the specials in previous years were often only to attract customers. As for marketing methods, workers and houses are all "indomitable" floors, even if there are individual high-rises, ordinary people can't buy them.

. Especially if you don't mind the floor, most of them can start with a 20% discount." Ms. Zhai said, in her opinion, it is indeed a good time to pick up the leaks.

Data map: inside a sales office.

"I have been working in real estate for twelve years. Let's put it this way, I used to earn money by eating, drinking and having fun, but now I have paid for attendance, training, and laid off more than a hundred people." Behind the lively promotion, in Ms. Zhai's view , It is precisely the performance of the industry downturn.

Not long ago, an old colleague of Ms. Zhai had just resigned.

"At the age of 33, I have more than ten years of work experience. As the

old saying goes, I grind a sword for ten years. I didn't expect to be eliminated as soon as I grind it out

. I switched to housing trusteeship and only opened two orders a month without a basic salary. It was too difficult. "Ms. Zhai's former colleagues,

some switched to insurance and finance, and some sold bread, desserts, and Ejiao

Not only the real estate industry itself, but related industries such as architectural design are also facing large-scale layoffs and salary cuts.

Xiao Li, who has been a gardener for four years, was also dismissed because of the butterfly effect of real estate.

"There are currently two paths ahead. Either start your own business or transfer to a pre-settlement position. It stands to reason that the latter is more ideal. However, due to the downturn in the industry, a large number of people have flowed into the market, and competition has intensified." Regarding their future, Xiao Li is still very confused.

But Lin Ling (pseudonym), who is engaged in design work in the real estate industry in Shanghai, sees this as a good situation.

"I think that the

so-called industry is not good, but it is more about fishing in troubled waters and wanting to make quick money

Lin Ling said that his work is a project system, and he has contacted many people who came in to make a fortune when the industry was swelling in the past few years: there are designs that don’t understand the drawings, do not review the drawings and do not solve the problems; there are all the problems. Projects that are all pushed to the design and do not solve any construction problems; there are calculations that will not be calculated, and the cost of missing items every day; there are bosses who only know that they are related to suppliers, but do not solve the problem of supplier non-cooperation... Most of them are downloading Retired in a scribbled manner for half a year.

At the moment, the central government frequently releases signals to maintain the stability of the property market, and financial institutions have significantly accelerated the provision of real estate loans.

According to the analysis of China Securities Investment Corporation, the acceleration of mortgages and the decline of mortgage interest rates will form a resonance, and reasonable housing demand will be supported. However, the expected restoration of home buyers will take time, and there will still be pressure on sales at the end of the year. It is expected that sales will pick up in the first and second quarters of next year.

Lin Ling and many real estate professionals are also looking forward to a better spring.