The CEO of "Fly Dubai", Ghaith Al-Ghaith, said that about 90% of the airline's employees, who were granted unpaid leave, have returned to their work centers in the company, and they are expected to return fully by the end of next month. He added that the company opened the doors to employment again in the context of hiring more 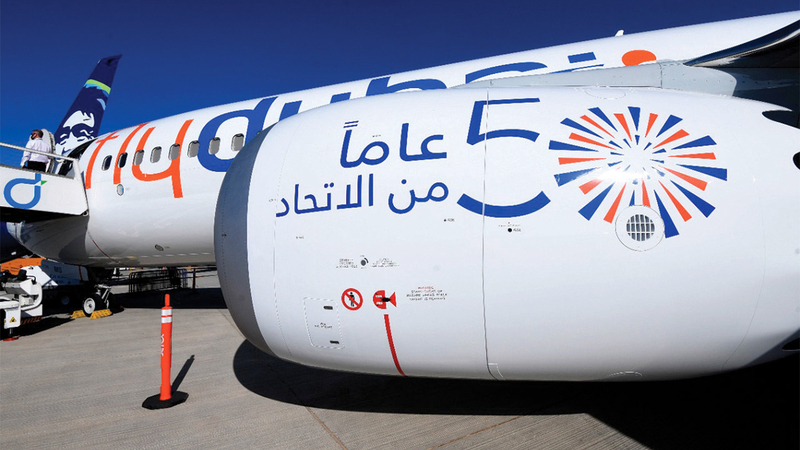 The CEO of "Fly Dubai", Ghaith Al-Ghaith, said that about 90% of the airline's employees, who were granted unpaid leave, have returned to their work centers in the company, and they are expected to return fully by the end of next month.

He added that the company has opened the doors to employment again in the context of hiring more human cadres, especially aircraft crews and pilots, to accommodate the growing demand for travel and the number of destinations, and in the context of the airline receiving more new aircraft on an ongoing basis.

Al-Ghaith expected in press statements yesterday, during the company’s participation in the activities of the 17th edition of the Dubai Airshow, that the company will return to profitability during the current fiscal year, with the continued return of strong demand for flights and the easing of restrictions on international travel imposed by the “Corona” pandemic, pointing to The company currently serves more than 118 destinations, including seasonal destinations.

And he indicated that the carrier has launched 22 new destinations since the start of easing restrictions on flights, including 13 destinations that are not served by direct flights from Dubai or the Emirates, stressing that the company's various destinations are performing well.

Al Ghaith said: “With the continuous growth of demand, we have achieved positive cash flow levels since last December, as the UAE in general and Dubai in particular are among the first countries and cities that opened their doors to travelers due to their flexibility and tremendous success in dealing with the challenges imposed by the pandemic while hosting The country has many events, such as (Expo 2020 Dubai) and other exhibitions and events that contribute to the continued growth of demand.”

He stressed that the carrier's performance exceeded pre-pandemic levels in terms of the number of destinations, seat capacity and flights operated by the carrier.

Al Ghaith indicated that the occupancy rate on the company's flights reached more than 70%, which is one of the strong rates with the recovery of travel traffic to, from and through Dubai, pointing out that international travel has achieved strong performance rates in recent months with the increase in travel activity to Dubai and the UAE with the intention of tourism. Recreational and business tourism in light of the conferences and exhibitions that are hosted.

He stated that during the past years, "Fly Dubai" succeeded in opening 73 destinations that were not previously served by direct flights from Dubai or the UAE, and the airline adopted a strategy of opening more destinations to deal with the lack of capacity due to the restrictions imposed by the Corona virus pandemic.

Al-Ghaith stated that the company will receive 33 new Boeing 737 Max 8 aircraft this year and next year, explaining that the company's fleet today amounts to 54 aircraft, including 34 new generation Boeing 737 planes, and 18 Boeing Max 8 planes. , and three planes of the "Max 9".

The CEO of "Fly Dubai", Ghaith Al Ghaith, said that the partnership with "Emirates Airlines" continues to grow and expand to serve more travelers, as more than 8.3 million passengers have benefited from the ease of tracking their travel within the network of "Emirates Airlines" and "Fly" airlines. Dubai”, since the two carriers that operate out of Dubai started.