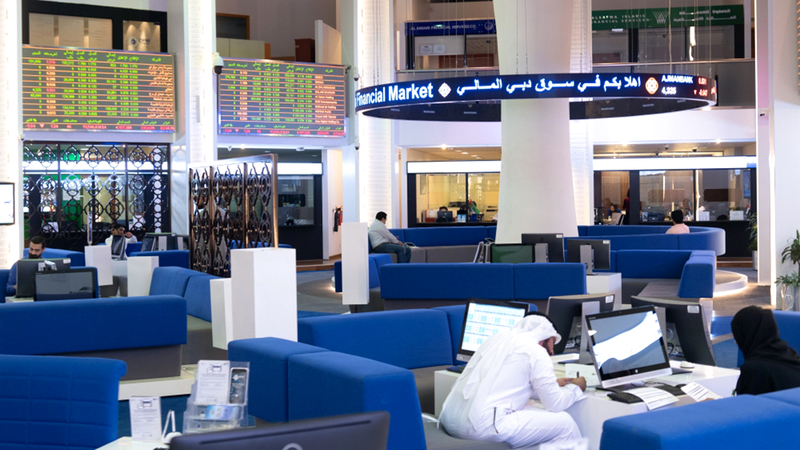 The Dubai market index gained 247 points last week, closing at 3,107.67 points, an increase of 9% compared to the close of the end of Thursday's session before last.

The market index reversed its direction yesterday, declining weakly by one point, after the strong gains it had achieved over three consecutive sessions.

The total value of trading at the end of yesterday's session, 921 million dirhams, after the shares of 20 companies closed at an increase of 36 companies that were traded, while the shares of 13 companies declined, and three companies remained steady.

And the «Dubai Financial Market» shares continued to rise to the maximum for the third session in a row yesterday, at 1.59 dirhams, recording the highest rise in more than four years, with transactions exceeding 63 million shares.

The most heavily traded stock was «Union Properties» share, which increased by 6.8% to 0.36 dirhams, to record the highest increase in 17 months, with a trading value of nearly 239 million shares.