US: inflation soars, growth sinks, and Biden's economic agenda on the brink of collapse

Joe Biden's economic policy, which is the main element on which he has based his management in the White House, is in danger of collapsing, while the activity in the ... 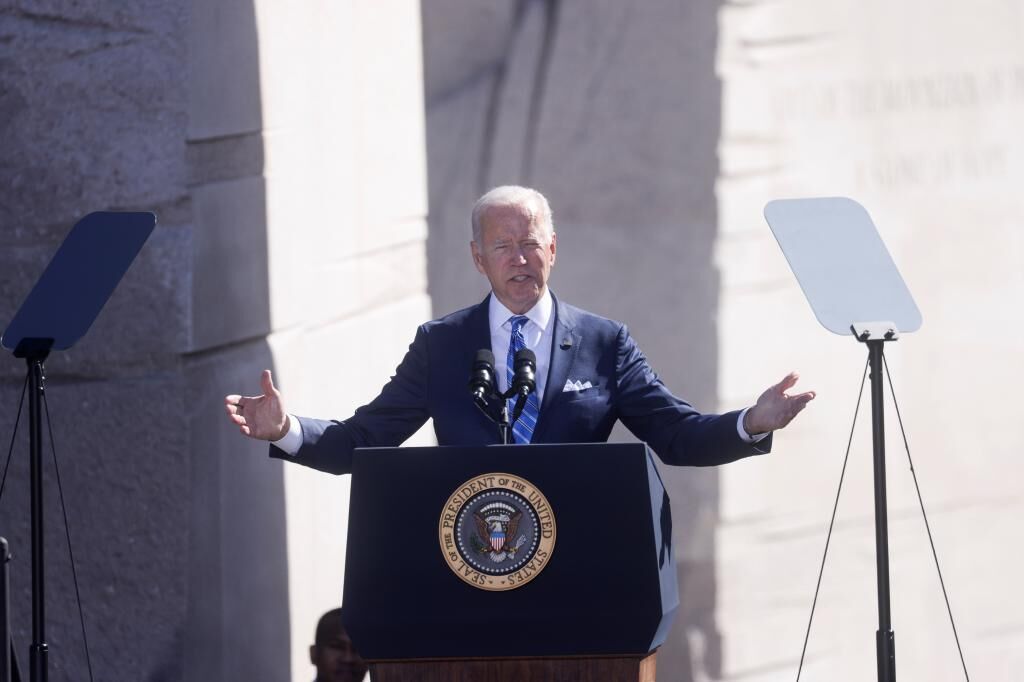 which is the main element on which he has based his management in the White House, is in danger of collapsing, while activity in the world's leading economy slows down much faster than expected.

It is a very tough political scenario for the president, who yesterday had bad news for breakfast:

quarter-on-quarter (that is, compared to the previous quarter) in the July-September period. The annualized quarter-on-quarter figure - which is hardly used in Europe, but which the US and Japan continue to maintain - was

. To get an idea of ​​the slowdown, suffice it to say that the market expected between

. In the period from April to May, annualized quarter-on-quarter growth had been

Since bad news never comes alone, inflation also rose more than expected. The underlying deflator for private consumption, which is the

for deciding interest rates, stood at

, its highest level in 30 years. If fresh food and energy are included in that indicator, the figure rises to

, which is the highest amount since

the price of oil skyrocketing.

So the prospects for the United States in the short term are inflation and a drop in the growth rate. It is also a trend that shows no signs of improvement. Global 'bottlenecks' in supply chains continue to cause shortages of goods, and this is reflected in prices. And, on top of that, next month the Federal Reserve will begin to reduce the purchase of debt in the market that had begun in March 2020 to combat Covid-19, which implies a tightening of financial conditions and, predictably, less growth.

Meanwhile, the central bank continues to insist that there is no danger of the country falling into an inflationary spiral. And the same says the Department of the Treasury. However,

, who heads that department, postponed price stabilization for the week to "mid to late 2022." It was a significant detail. Because until now, the Secretary of the Treasury said that inflation was going to begin to moderate at the end of this year. Thus, the moderation in prices has been postponed for twelve months.

And the problem is that in those twelve months, citizens can decide that inflation has come to stay, so that the increases in wages and prices would become permanent. In fact, consumption slowed in the third quarter, as confirmed by provisional GDP data, which seems to indicate not only that there are fewer things to buy - due to the disruption of the supply chain - but also that prices are too high for the expected 'consumer party' after Covid-19 to occur.

To top it off, Joe Biden's financial agenda is completely at a standstill.

His goal was to save her not from the Republican opposition, but from her own party members, especially from two centrists,

, which are blocking the central program of the president's policy, which includes the fight against climate change and the expansion of the Welfare State, with measures such as the introduction in the US of maternity and paternity leave, some control of the price of medicines , and the gratuity of part of what in that country could be considered equivalent to Vocational Training.

The key to the debate is that Biden has to do a political tightrope exercise, between the left and the right of his party, to get the project going. And the Democrats left and right are almost two different parties. On the one hand are

, who have managed to reduce the White House program to less than half of the

initially planned. Among the cuts imposed by

there is almost all of the energy transition plan, the tax cuts for low-income taxpayers and most of the increases for the richest, the expansion of free education, the establishment by law of the mandatory nature of the maternity and paternity leave, and the control of drug prices.

All these victories, however, have a consequence: the left now considers the plan too modest and therefore unacceptable.

Biden wants a deal this weekend to sign the law on his return from his European tour.

At stake is his political legacy and, also, the chances of Democrats to maintain their majorities in the House of Representatives and the Senate in the 2022 elections. And, ultimately, the re-election of the president.

For now, however, the future of that plan looks as hazy as that of the US post-Covid recovery.

Condemned to death Fleeing in gang family: "They do not forgive. They have persecuted us for a decade. Even with drones"

The Spanish audiovisual sector, a "priority" sector according to Sánchez that expects 1,600 million in aid ... and is in the hands of France

ReportSpain, the rich country that will reduce the deficit the least after Covid-19, according to the IMF