Operators lower the blind: Orange closes 40 stores this year and Vodafone will abandon 34 of its own

In the same way that banks close branches, telecommunications companies divest themselves of their physical stores. Orange Spain has begun to close its points of ... 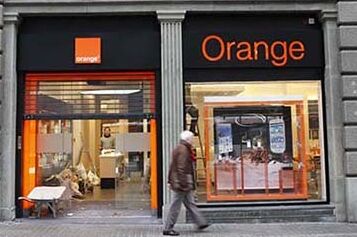 In the same way that banks close branches, telecommunications companies divest themselves of their physical stores. Orange Spain has begun to close its least profitable points of sale within its network of 800 establishments throughout the country. The head of the company's commercial area, Diego Martínez, explained yesterday at the press conference on the results from January to September that Orange Spain is "rethinking the store business model", so much so that

have already been closed.

total of 800 that make up its commercial network, including franchised stores and its own stores, which number 25.

Precisely, today, the vote of the Vodafone Spain staff, meeting yesterday in an assembly, will be known about the conditions of the new ERE, for which the company has come to propose the closure of all Vodafone own stores in the country,

if those belonging to franchises and distributors are counted. According to the latest offer placed on the negotiation table, the affected employees could benefit from the exit with the agreed compensation or a subrogation to these external companies, without there being guaranteed the continuity of their employment. The store in question could remain open, but would no longer belong to the British operator.

A quarter of customer traffic in Orange Spain stores has disappeared, as the company explained yesterday: it has fallen by 25% in the first nine months of 2021, compared to that period of 2019, before the covid and its confinements. On the contrary, the online sales channel has notably improved its performance: 30% in the current year, compared to the records from January to September 2020, when the commercial activity was carried out almost entirely via the internet.

At Telefónica, the main operator in the country, they maintain that they do not foresee any closure of establishments at the moment (they own about 300, out of a total of around one thousand). Of course, the Spanish multinational has remodeled its point of sale so that the offer is not limited simply to telecommunications and becomes multiservices,

from the security business to the health one

Orange Spain announced yesterday that it entered 3,544 million euros in the first nine months of 2021, 4.9% below the same period of the previous year, due to "an increasingly difficult commercial environment and growth in

Certainly, the margins have narrowed as long as the premium commercial target that hires convergent packages is not reached.

Jean François Fallacher, CEO of Orange Spain since last year, underlined in any case that the operator is adding customers: "It is the fifth consecutive quarter with net additions", he revealed about the 20.2 million customers that the company covers in Spain , of which 16.2 million correspond to mobile and 4 million to fixed broadband (in the new 5G mobile category, Orange already has 620,000).

Likewise, Fallacher acknowledged that Orange Spain will not go "directly" to the bidding for LaLiga's television rights, an auction that should be resolved in early December.

Doing so, in the opinion of the

, would only make the bid more expensive.

In previous years, Orange has followed the same policy, in such a way that it has bought the rights from the winner of the auction, Telefónica.

Operation Telefónica's fiber network in Spain: an asset of 15,000 million that is open to international investors

EmpresasVivendi, Amber's "important ally" to control Prisa in Spain and Lagardère in France