Garamendi: "The problem in the labor reform is the proposals of two ministers, not if the businessmen have the right of veto"

Antonio Garamendi, CEOE president, has made it clear in the final stretch of negotiations with Vice President Yolanda Díaz to carry out a labor reform that has ... 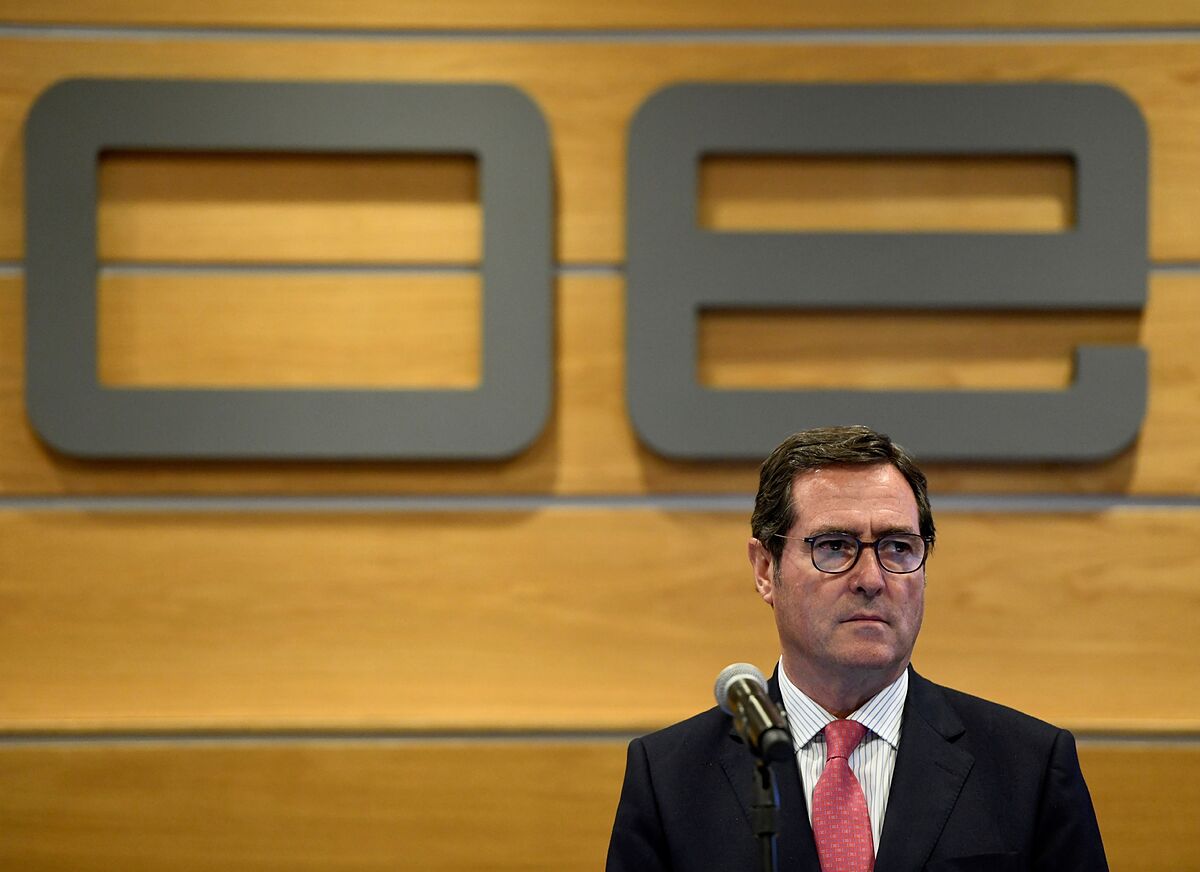 Antonio Garamendi, CEOE president, has made it clear in the final stretch of negotiations with Vice President Yolanda Díaz to carry out a labor reform that counts on Labor not being the only interlocutor when reaching an agreement. "Europe calls for tackling the problem of temporality and the employment of young people and that is what worries us," he said in the presence of the Secretary of State, Joaquín Pérez Rey, and numerous assistants such as Pablo Casado or the former Labor Ministers Magdalena Valerio or Fátima Báñez to the NEF Online forum, in Madrid.

Garamendi has clarified that the debate on the new Spanish labor model is something that transcends the second vice president and that other agents such as the European Commission and the head of Economic Affairs, Nadia Calviño, must enter into the design of the new legislation.

"I am interested in what Employment, the European Commission, the IMF, the Bank of Spain, the Ministry of Economy, the Ministry of Education say ... The Government is one and the ministers work for the president. Everything that is to improve the things we are willing to talk about to improve things along the lines that Europe says ".

The course of the negotiations to establish a new labor framework in Spain suffered a violent turn last weekend due to the clash between the head of Economic Affairs, Nadia Calviño, and the Labor Minister, Yolanda Díaz. With the European Commissioner Paolo Gentiloni as a witness in the front row, Calviño has forced his presence in the negotiations to ensure that the labor reform approved by the PP in 2012 is not repealed and Díaz has accused it of interfering in its powers. Although the Government assured yesterday that more interested parties would attend the negotiation table called by Labor for this morning, the truth is that, according to social dialogue sources, only the usual ones on the part of the Executive have attended, that is, those responsible for the Ministry of Job.

Garamendi has defended the 2012 labor reform "which was approved with a 25% strike and then dropped to 14%" to try to focus on the improvements that employers are willing to support. "What is there to talk about the future and the new jobs? Obviously. We are where Europe is to improve temporary employment, but we are not going to enter into dialogues that are not relevant."

Negotiations should come to an end on November 15 and, despite the fact that the Government already denies talking about a repeal of the 2012 labor reform, the CEOE president has claimed the freedom of employers not to support the new law if they understand that they should not do it because they think it is not good for the country. "It is not a right of veto: I would like to have it. Right now there are two vice-presidents each with their proposals and nevertheless in 20 days it will be that CEOE has the right of veto," he explained, in prevention of a reform that does not count on the support of the employer. In fact, the president of the businessmen has warned against maneuvers in the definition of the final text. "It already happened to us with the Equality law,that it was consensual and we said no for putting something that was not there at the last minute. "

The CEOE warns the EU envoy: "With Yolanda Díaz's labor reform, an agreement is impossible"

InterviewMarina Serrano (Aelec): "The intervention conveys that in Spain the rules of the game can be changed at any time"