"Will create a more favorable situation in the market": Putin asked Gazprom to increase the volume of gas in European storage facilities

Vladimir Putin turned to Gazprom with a request to increase gas volumes in European underground storage facilities after filling Russian UGS facilities. The head of state suggested that this measure would help to provide stable supplies to European partners and would create a more favorable situation in the EU energy market. Experts expressed confidence that pumping gas into European UGS facilities will bring their occupancy rates closer to the average indicators of previous years, which in turn will reduce tensions on the market. 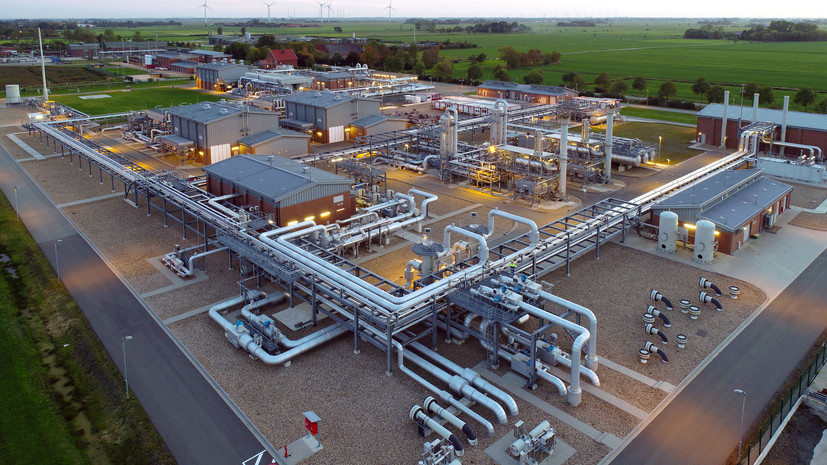 The President spoke about this during a meeting on the resource potential of Yamal.

Alexey Miller, Chairman of the Board of Gazprom, who participated in the meeting, said that the company has underground storage facilities in Europe, including Austria and Germany.

According to him, currently the volume of Russian gas in these storage facilities is insignificant.

“After you finish pumping gas into underground storage facilities in Russia by November 8, I ask you to start scheduled work to increase the volume of gas in your UGS facilities in Europe, Austria and Germany,” the Russian president said.

He added that this will make it possible to stably and rhythmically fulfill contractual obligations and supply European partners, as well as create "a more favorable situation in the European energy market as a whole."

Miller answered the president in the affirmative.

“And of course, without a doubt, as you noted, this will increase the reliability and stability of gas supplies in the autumn-winter period,” added the head of Gazprom.

Recall that since the beginning of 2021, gas prices in Europe have increased more than fivefold, fixing at around $ 1,000 per 1,000 cubic meters.

During the autumn auctions, the price of fuel was short-term approaching the level of $ 2 thousand per 1,000 cubic meters.

The EU has repeatedly heard statements that Russia is responsible for the shortage of gas in Europe.

Moscow, in turn, rejected suggestions of involvement in the energy crisis in Europe.

As the deputy head of the Ministry of Energy of the Russian Federation Pavel Sorokin reported to RT, the situation with gas prices in the EU is associated, in particular, with the volume of fuel exports from Europe against the background of more attractive prices abroad, as well as with the factor of Europe's transition to renewable energy sources.

During the meeting, the President also drew attention to the continuing unstable situation on the energy market, noting in this regard the situation with natural gas in Europe.

“We regularly hold such discussions, and this is very important, especially against the background of the current situation in the global energy market.

And it, as you know, remains extremely unstable.

First of all, I mean the conjuncture of the European natural gas market, ”Putin said.

The President stressed that the level of gas reserves in European underground storage facilities was significantly lower than the average for the last five years.

According to him, this is due to a decrease in its own gas production in Europe, a reduction in LNG supplies to European markets, primarily from the United States.

“By the way, Gazprom replenished them, even delivered more.

Stable, reliable cooperation in the energy sector is important.

Earlier, the president said that Russia is not interested in the rise in gas prices in Europe.

According to Putin, the reduction in coal and nuclear power generation in some countries, the rather cold winter of last year, and the lack of wind generation led to shortages and under-pumping of gas to underground storage facilities.

The President added that in the future "it will have its consequences", which will ultimately affect people and the rise in prices for goods.

Igor Yushkov, an expert at the Financial University under the Government of Russia, a leading analyst at the National Energy Security Fund, explained that Gazprom, pumping gas to underground storage facilities in Europe, does not sell fuel to European companies.

) pumps it to Europe and pumps it there, and this gas still belongs to him.

This makes it possible to evenly pump gas to the European market on all routes in the future.

Because when the frosts begin, the Europeans will accordingly increase demand, that is, current consumption, current purchases, ”the expert explained.

He said that within the framework of such a concept, the demand for gas does not have to be satisfied by "daily pumping from Russia to Europe."

“Underground gas storage in Europe itself is being filled, and part of the demand is satisfied due to the fact that they get gas from underground storage facilities in Europe and give it to Europeans.

This allows you not to jump in the volume of current deliveries on a daily basis, ”Yushkov said.

According to the expert, the most important thing in the current presidential order is "to calm down the European gas markets so that there is no panic there."

As Yushkov stressed, in this case Russia will help the Europeans themselves to a greater extent.

“That is, the current spot prices will partially go down even.

Now they are jumping up when the next statistics are released on the availability of gas in underground storage facilities.

If we pump in additional volumes of gas there, they will more or less approach the average indicators for previous years and there will be no such panic, maybe the price will even go down a little, ”he concluded.