The UAE affirmed its support for Gulf integration efforts to increase trade exchange and enhance the flow of trade between the GCC states. This came during the 61st meeting of the GCC Trade Cooperation Committee, which was held recently in Bahrain, where the Minister of State headed 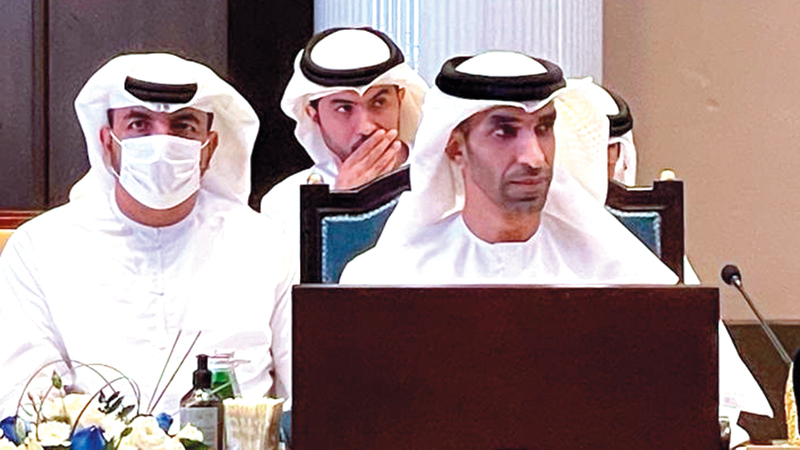 Al Zeyoudi headed the country's delegation participating in the meeting of the Gulf Trade Cooperation Committee.

The UAE affirmed its support for Gulf integration efforts to increase trade exchange and enhance the flow of trade between the GCC countries.

This came during the 61st meeting of the GCC Commercial Cooperation Committee, which was held recently in Bahrain, where Dr. Thani bin Ahmed Al Zeyoudi, Minister of State for Foreign Trade, headed the UAE delegation participating in the meeting.

The meeting - which was attended by the Secretary-General of the Gulf Cooperation Council, Nayef Al-Hajraf, and ministers and officials concerned with the trade file in the GCC states - discussed a number of items that support economic and trade integration among the GCC states, increase the rates of intra-regional trade and facilitate its procedures, expand and diversify its activities, as well as develop Trade between the GCC countries and global markets.

Al Zeyoudi stressed that the UAE is committed to supporting joint Gulf action in various development fields, as it is a stable policy for the state and an engine for the development of economic and commercial partnerships at the Gulf level.

He said that the state is keen to support the outputs of the Trade Cooperation Committee, as it is a main platform for formulating policies and plans in support of Gulf cooperation, in the fields of trade and economic activities, to serve the aspirations of the GCC states for prosperity and growth.

Al-Zeyoudi explained that the meeting discussed four main axes, including: mechanisms for the flow of trade between the GCC states, unified laws related to trade, the e-commerce file, and the developments of the GCC negotiating team with countries and global economic and trade blocs.

The committee’s agenda included a wide range of items aimed at enhancing Gulf economic and trade cooperation, most notably activating the joint Gulf action in trade, enhancing the flow of goods and merchandise movement, and setting up mechanisms for coordination and cooperation in implementing the unified Gulf specifications among the GCC states.

• The UAE is working to enhance the flow of trade between the GCC countries.