Israel to start work on 1,355 new housing units in the West Bank

For the first time since its creation, the government of Naftali Bennett openly defies the United States by publishing calls for tenders for the construction of 1,355 housing units in colo… 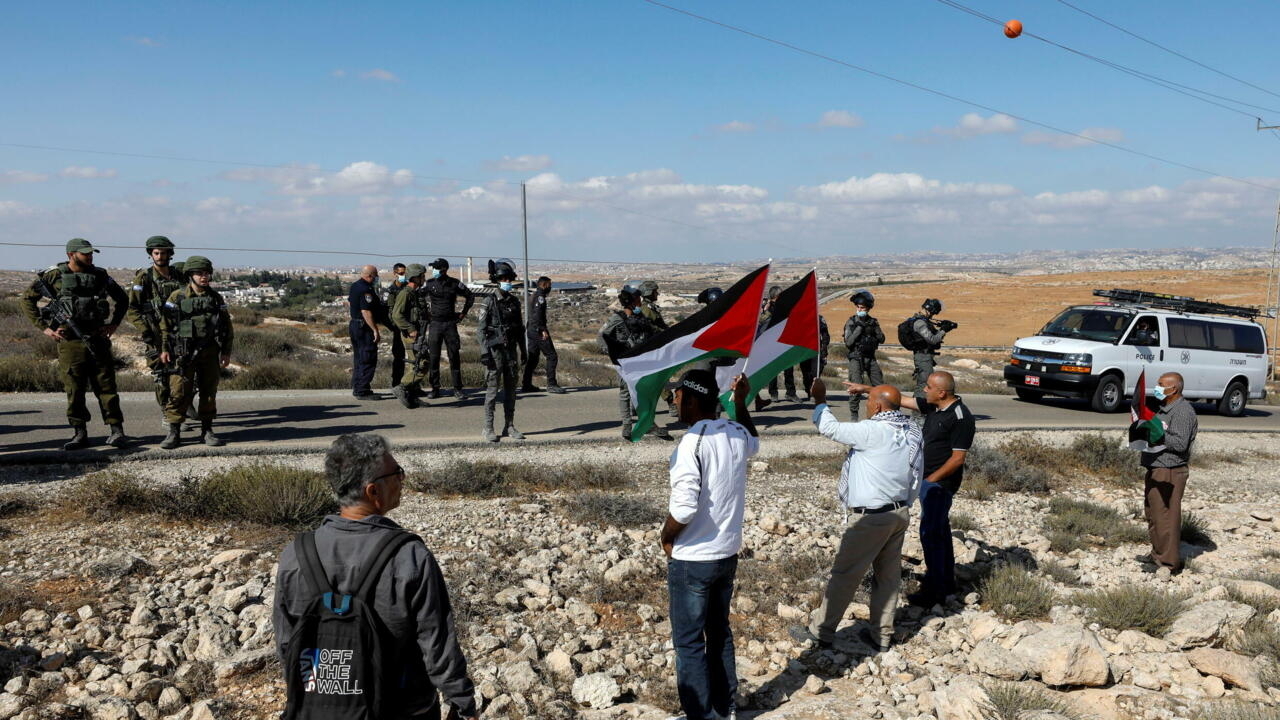 Israel to start work on 1,355 new housing units in the West Bank

Demonstration against Israeli settlements in Masafer Yatta, in the Israeli-occupied West Bank, on October 23, 2021, as a vast plan to build Jewish settlements began in the occupied territory.

For the first time since its creation, the government of Naftali Bennett is openly defying the United States by issuing calls for tenders for the construction of 1,355 housing units in settlements in the West Bank.

These 1,355 new homes will be built in seven settlements in the West Bank.

The city of Ariel, one of the largest of these settlements, alone will host 729.

The Israeli Ministry of Construction has also indicated its intention to double the Jewish population of the Jordan Valley with a plan to sell 1,500 housing units in this area by 2026. “

And that's not all.

On Wednesday, the planning committee of the Israeli Defense Ministry is expected to give a final green light for the construction of more than 3,000 homes in the West Bank.

To make the pill less bitter, a few days later the same commission is expected to approve for the first time in a long time the construction of 1,300 housing units for Palestinians in Area C. This area is entirely under Israeli administrative and security control under the agreements of Israel. 'Oslo.

These are all subjects that risk angering the left wing of the precarious Israeli government coalition.

And also, and perhaps above all, the