Clashes in Beirut: ten days later, the family of a Shiite activist cries out for revenge

On October 14, clashes during a demonstration against Judge Tarek Bitar in Beirut left seven Shiite militants of the Amal party dead.&nbsp; 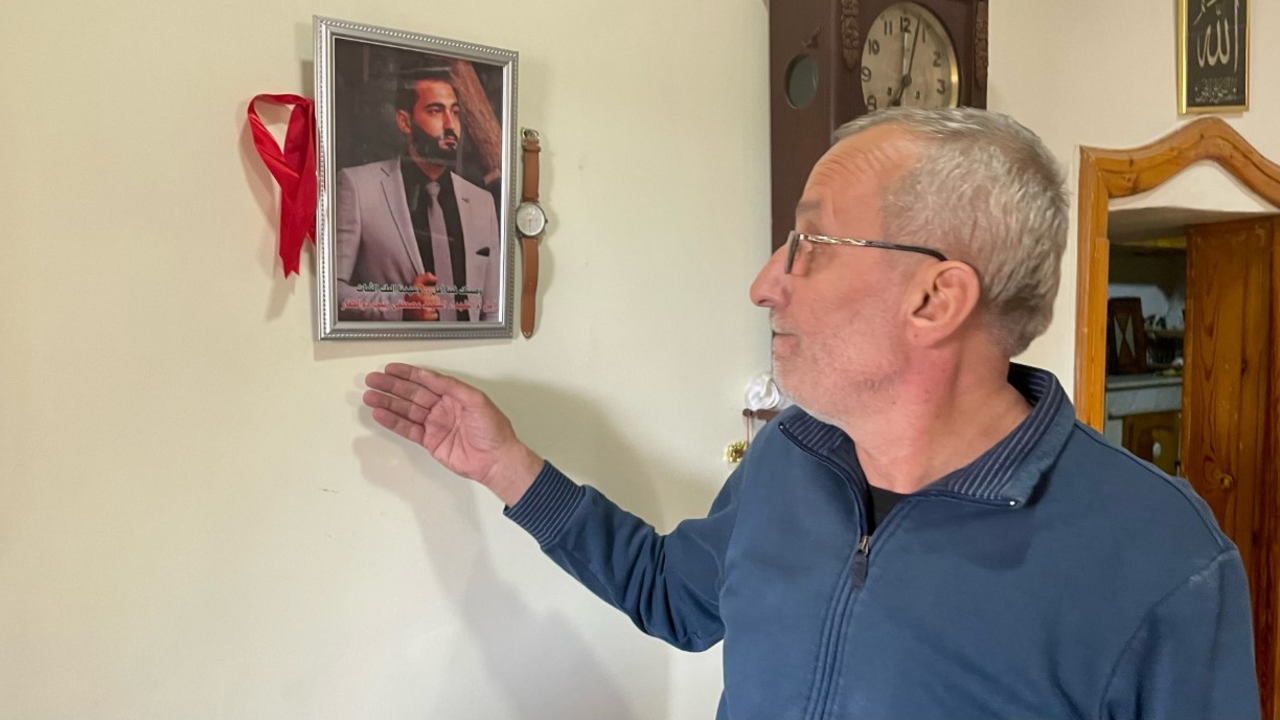 Clashes in Beirut: ten days later, the family of a Shiite activist cries out for revenge

Mustapha Zbib's uncle, who raised him as if he was his own son.

On October 14, clashes during a demonstration against Judge Tarek Bitar in Beirut left seven Shiite militants of the Amal party dead.

With our special correspondent in Nabatieh,

It is a small house on the outskirts of Nabatieh.

Flags of the Amal party fly on the steps.

Inside, a grieving family mourns the death of Mustapha Zbib, 26.

Thursday, October 14, this Shiite activist was killed in Beirut on the sidelines of a

, the magistrate in charge of the investigation into the port explosion, accused by the Shiite bloc of being politicized.

Mohammad, the uncle of the deceased tells his version of the facts.

Mustapha had come down to demonstrate peacefully.

He was not armed, he was there as a civilian

Mustapha had two guns, but they are staying at home to defend our family.

Besides, they are still there.

To confirm this version, he shows a video where his nephew can be seen seconds before his death walking without a weapon in hand before collapsing.

At the same time, several other Amal militants responded to sniper fire with machine guns and rocket launchers.

Ten days later, the executives of the Shiite Amal-Hezbollah tandem try to calm things down and say they are waiting for the results of the investigation.

But in Lebanon there is no justice,

There are only gangs.

So I am conducting my own investigation.

I collect testimonies, photos… And at the same time, we wait to see if the official investigations give us justice or not.

Otherwise, I might pay someone to go and avenge Mustapha's death.

Mohammed Zbib holds Lebanese forces responsible for the death of his nephew.

Allegations rejected by Samir Geagea, the head of this Christian militia who accuses him, the Amal and Hezbollah movements of being at the origin of the incidents.

► To read also: Lebanon: after the fatal clashes, the inhabitants of the district of Tayouneh desperate