Yolanda Díaz assures the repeal of the labor reform "despite all the resistance, that there is and there are many"

The Second Vice President and Minister of Labor, Yolanda Díaz, wanted to launch a clear message this Saturday about the repeal of the PP labor reform, `` a ... 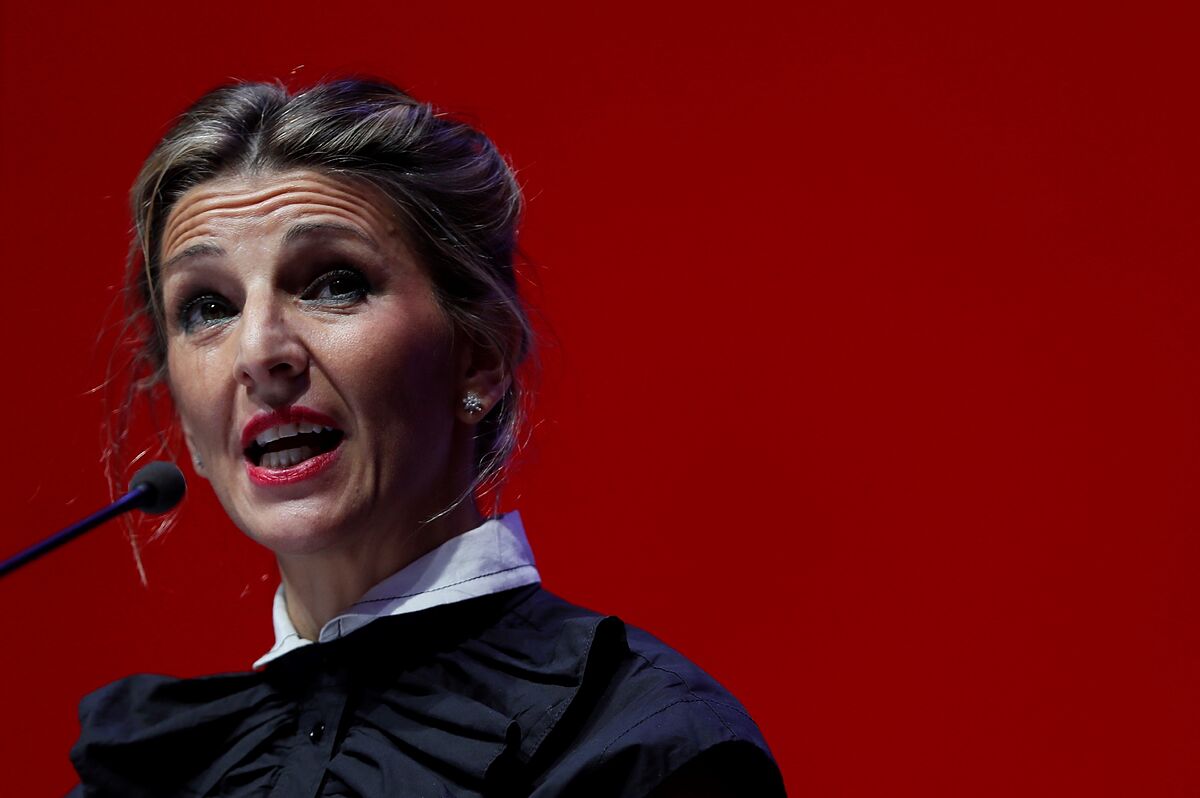 The Second Vice President and Minister of Labor, Yolanda Díaz, wanted to launch a clear message this Saturday about the repeal of the PP labor reform, "an unalterable decision for this year" despite "all resistance."

In a speech at the 12th CCOO Congress, where she has been widely applauded and applauded at the cry of "President, President" and "Yes we can", he wanted to insist that his commitment to workers is "crystallized in an unalterable decision for this same year: the repeal of the labor reform of the popular party ".

"We are going to repeal the labor reform, despite all the resistance, which there is and there are many (...) despite all those people who, wherever they are,

in our country, "added Díaz after the open conflict within the Government with the first vice president Nadia Calviño, as reported by Europa Press.

Upon her arrival at the 12th Confederal Congress of CCOO to participate in the closing ceremony, Díaz was asked if "she feels unauthorized by the President of the Government," Pedro Sánchez, who yesterday affirmed that the labor reform is "for the entire Government" and " it must be coordinated "within it.

This Thursday, the first vice president, Nadia Calviño, affirmed in the CCOO Congress that after some "preliminary" contacts she was going to "start working with the social agents" on the labor reform, in contrast to the affirmations of the third vice president, Yolanda

Díaz, who has been insisting that the negotiations

and that the labor reform will be carried out before the end of the year.

The following day, Friday, the leader of Podemos and Minister of Social Rights and Agenda 2030, Ione Belarra, raised the alarm when asking the PSOE for a meeting of the committee to monitor the Government agreement on labor reform because, According to Labor sources,

there is "interference" by Calviño in the negotiation

It is not to intervene, it is to contribute

, it is to coordinate, to collaborate in this reform, aware that it is the reform of the Government of Spain and it is all the affected ministries that have to contribute their vision," replied the president on whether the first vice president of the Government and Minister of Economic Affairs and Digital Transformation, Nadia Calviño, has interfered in the negotiation on the labor reform faced by the third vice president and head of Labor, Yolanda Díaz, as they accuse from United We Can.

Sánchez's words are interpreted as an endorsement of Calviño

- who is the one who is entrusted with "the proposal and execution of the Government's policy in economic matters" in the Government structure.

President of the CEOEAntonio Garamendi: "We must propose that workers be forced to be vaccinated and include it in the agreements"

The CEOE warns the EU envoy: "With Yolanda Díaz's labor reform, an agreement is impossible"