Nothing embodies the promise of globalization more than the success of the supply chain system in the world. The integration of production across and within borders has allowed consumers an endless variety of goods and products with their arrival in record time. But the current crisis in supply chains threatens to continue the decline of globalization 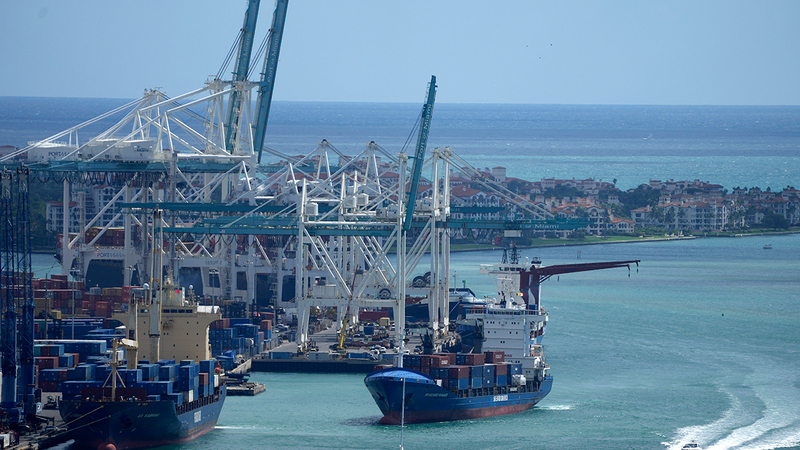 Many companies and governments are aware of the dangers of relying on remote suppliers.

Nothing embodies the promise of globalization more than the success of the supply chain system in the world. The integration of production across and within borders has allowed consumers an endless variety of goods and products with their arrival in record time.

But the current crisis in supply chains threatens to continue declining globalization, as did the global financial crisis in 2008.

And the American newspaper, “The Wall Street Journal”, indicated that there are three big forces driving this crisis, namely: the “Corona” pandemic, climate change, and geopolitics, noting that these forces played a role in the semiconductor shortage crisis that paralyzed car production in the United States. the whole world.

The newspaper added that the demand for consumer electronics caused by the pandemic, caused the transfer of chips from car manufacturers to the production of computers, and anti-Corona measures led to a halt in chip production in Malaysia, while severe weather disrupted chip factories in the US state of Texas, and threatened to do so. The same in Taiwan.

The newspaper pointed out that, according to the Peterson Institute for International Economics, tariffs and bans on US exports have caused a decline in chip stocks in the United States.

And the “Wall Street Journal” indicated that all these forces together contributed to the energy crisis in China and Britain, whose secession from the European Union (Brexit), and the outbreak of the “Corona” virus led to a decrease in the number of truck drivers available to deliver fuel, while insufficient winds to generate fuel. Energy, to reduce renewable energy production at a time when natural gas reserves have declined.

And she added that the Chinese economy also stumbled due to the closures after the spread of “Corona”, and the shortage of coal due to a punitive ban on imports from Australia, to demand that it investigate the outbreak of “Corona”.

The American newspaper pointed out that the supply chain crisis became possible due to the extent of the integration and efficiency of global production, explaining that global companies adopted the idea of ​​outsourcing, managing inventory in a timely manner, and separating the design site from the place of production, which led to a high share of global trade represented by Global value chains increased from 37% in 1970 to 52% in 2008, according to the World Bank.

She added that currently, there are many companies and governments, who have noticed the risks of relying on remote suppliers and the decline in the ability to absorb shocks that occur in vital links, from shipping to electricity transmission, indicating that “because the (Corona) virus is the biggest shock to this system, it has stopped Production, borders are closed, and the workforce is declining.”

The newspaper also pointed to the increasing climate risks, due to bad weather and the shift to renewable energy, which lacks the same capacity as fossil fuels to store, explaining that although the price of oil can rise, the supply almost never disappears thanks to “OPEC” and private stocks. and emergency reserves held by governments, as well as natural gas being less mobile than oil, but it can still be stored and exported in liquid form.

On the contrary, solar and wind energy is generally consumed when it is generated, and can disappear completely in the absence of wind or sun.

“Just as the 2008 financial crisis prompted banks to prioritize resilience over efficiency, the supply chain crisis is likely to make production networks more resilient to surprises, but less so,” said Kevin Book, director of research at ClearView Energy Partners. The ability to delight consumers with more choices and at a lower cost than ever before.”