The CCOO union has begun today the celebration of three days of confederal congress to elect its general secretary and mark the strategic lines of what will be its ... 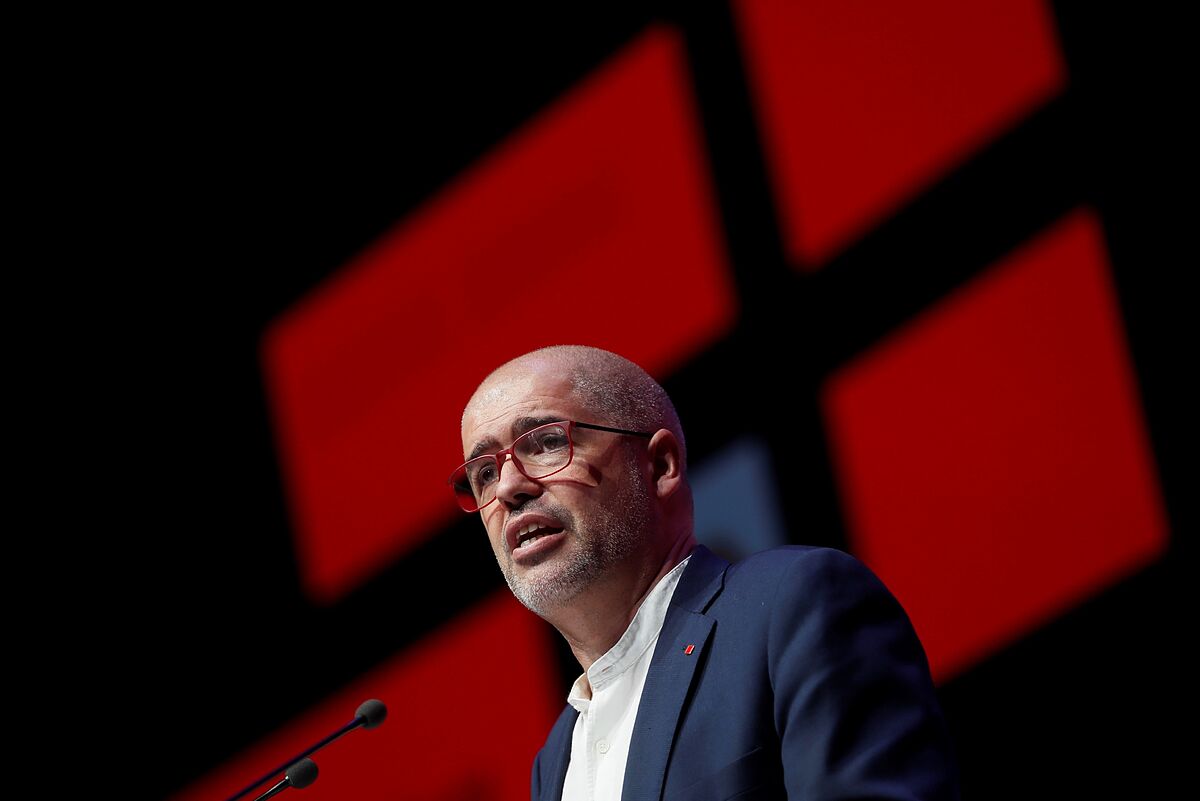 The CCOO union has begun today the celebration of three days of confederal congress to elect its general secretary and to mark the strategic lines of what its activity will be in the coming years.

No one doubts that

Not even the Prime Minister,

, who this morning sent a greeting message to the union congress, including congratulations to Sordo.

The leader of the largest union in Spain by number of members was accompanied this morning by personalities from the world of work, both in the academic, institutional and political fields.

, who throughout her two years in office has had one of her most faithful allies in Sordo, did

. On the other hand,

, with whom both the CCOO leader and the UGT leader, Pepe Álvarez

, maintain frontal differences regarding the labor and pension reforms or the increase in the Minimum Interprofessional Salary.

Calviño has been careful in her speech.

He has underlined the role of those present at the congress in cushioning the effects of the crisis and has endorsed the strengths of the unions around a fair recovery, the demand for young people to have access to housing, as well as the need for strong public health and education.

has not supported, yes, the message of repeal of the labor reform for which both Pedro Sánchez and Yolanda Díaz

Instead, he has called for responsibility to agree to a reform package to Europeanize the labor market, achieve higher wages and quality jobs.

"We have to achieve a balanced package for reform before the end of the year," he reminded them.

Although the negotiations are directed by Díaz from the Ministry of Labor, Calviño has marked his ground in the struggle he maintains within the Government to retain all the attributions that are supposed to be responsible for Economic Affairs, including labor. "We will bet on social dialogue and measures that have

broad support as a guarantee of standards that last over time," he

The warning is a reminder of what the European Union demands: a new labor framework agreed between unions and companies as a guarantee of stability. CCOO and UGT point out that the labor reform that today is the axis of

the Labor regulation that was agreed in 2012

between the Government and employers without its validation and that, therefore, now it should not be established as a necessary condition that the agreement be tripartite , granting the employer "veto right".

The negotiations have been underway for several weeks without great progress, as the CCOO itself recognized yesterday. In general terms, there

is an agreement to reduce the temporality,

but the differences in terms of the ways to do it are more than substantial, for example in the abolition of work contracts. The underlying movement is the

through collective agreements or the return to the pre-eminence of sectoral agreements over business ones.

Sordo recalled that, before the pandemic, negotiations on labor reform were in a "very advanced" state, especially with regard to collective bargaining.

However, with the coronavirus "the circumstances have changed" and also the times, with December as the deadline to present it to Brussels, which implies that the dialogue between the parties must conclude earlier.

"The Spanish Confederation of Business Organizations (CEOE) does not agree with the orientation of what we have discussed at the table. Now we have to talk about hiring, firing and internal flexibility. When we have closed this negotiation,

we have to see if they occur the possibilities of reaching a tripartite agreement or not, "

Negotiations for the reform should be ready for next November 15 if you want to have guarantees that the parliamentary procedure allows to approve the rule before next January 1, as required by Brussels. The pension reform, which the Government negotiates with unions and employers, follows the same path.

Although the three parties have known the commitment and the deadlines for months, they will rush the time until the last minute

. The negotiation strategy followed by the parties in the social dialogue has made it impossible for them to be able to achieve it sooner.

On the way until January 1, they will also have to deal with a

and the path chosen by the unions so that, in the absence of collective bargaining, wages rise in companies .

Calviño, who has come to despair the unions to the point that Sordo and Álvarez have demonstrated at the door of his ministry, has extended his hand, reminding them of what they have achieved so far.

"The SMI has risen 30% to 965 euros since we came to the Government. The objective is to continue in this line but we must remember that it is already at 1,125 euros in 12 payments, we must not underestimate what has been done so far."