Yesterday, Emirates NBD Bank announced strong financial results for the third quarter of this year, achieving a net profit of 7.3 billion dirhams, an increase of 29% compared to the same period last year, while total assets remained stable at 699 billion dirhams, while maintaining on the bottom 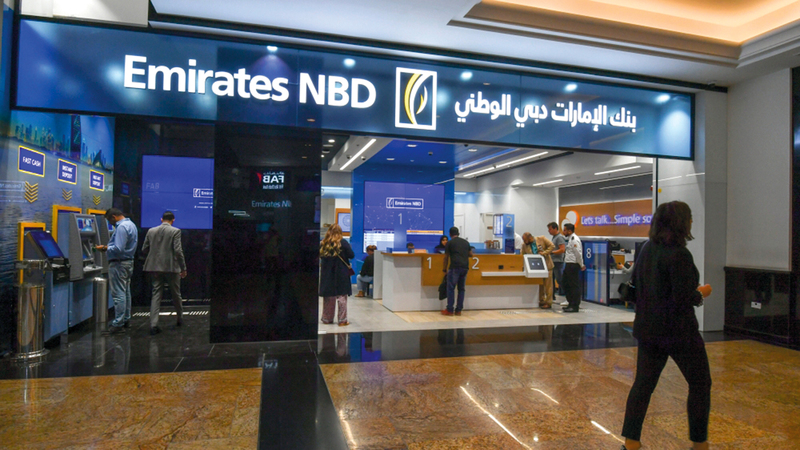 The deposit mix saw the highest level of current and savings account balances in the bank.

Yesterday, Emirates NBD Bank announced strong financial results for the third quarter of this year, achieving net profits of 7.3 billion dirhams, an increase of 29% compared to the same period last year, while total assets remained stable at 699 billion dirhams, while maintaining On a strong asset base.

The bank stated, in a statement, that it achieved a strong operational performance due to the improvement in the loan mix due to the strong demand for consumer products, the availability of a more efficient financing base, and the significant reduction in the cost of risks.

Total income increased during the third quarter of this year by 7% to 17.3 billion dirhams, compared to the previous second quarter, as a result of the improvement in margins against the background of the large demand for individual loans, the availability of a more efficient financing base, and the increase in the size of the contribution of "Deniz Bank", while the total income decreased by 5% compared to the same period in 2020 due to the record drop in interest rates.

Costs decreased by 2% compared to the same period last year, while the cost-to-income ratio reached 33.1%, which is within the limits targeted by the management.

Customer loans amounted to 438 billion dirhams, in the third quarter of 2021, with a record performance during the quarter in terms of growth in demand for personal loans and credit cards.

The impaired loan ratio improved by 0.1% to 6.2%, and the coverage ratio improved to 126.7%, reflecting the Group's prudential approach to early credit provisioning.

The deposit mix witnessed the highest level ever for current and savings account balances, which rose by 30 billion dirhams from the beginning of the year until now, which made the bank in a very good position in anticipation of any unexpected rise in interest rates.

Hisham Abdullah Al Qassim, Vice Chairman and Managing Director of Emirates NBD Group, said, "The growth of income and profits for Emirates NBD in the third quarter of 2021 is a clear indication of the improvement in economic conditions in the region."

He added, "The UAE was able to fully reopen the economy, thanks to the successful handling of the pandemic by our wise leadership, and today it is in a good position to benefit from the expected growth in the international travel sector."

In turn, the group's CEO, Shane Nelson, said that "the strong economic recovery contributed to the unprecedented increase in demand for individual loans."

He added that "the diversified balance sheet and the strong capital base constitute a main supportive pillar for the group," noting that "this strength is reflected in (Moody's) recent confirmation of Emirates NBD's ratings."

The net profit of Emirates Islamic Bank jumped to 804 million dirhams during the first nine months of this year, an increase of 358%, compared to the same period last year, as a result of the improvement in unfunded income and the significant decrease in the cost of risks.

Total income also increased by 14% to AED 1.798 billion, compared to the same period last year, and by 43% compared to the third quarter of 2020 due to the increase in unfunded income.

Total assets maintained an amount of 66 billion dirhams, reflecting the strong asset base.