The "Etisalat Group" revealed that the total number of subscribers to the "Hasntak" smart service has reached 29,000, pointing out that it has installed 350,000 fire sensors within the service. At GITEX Global 2021, "Etisalat launched a robot supported by artificial intelligence technology." and the fifth generation network 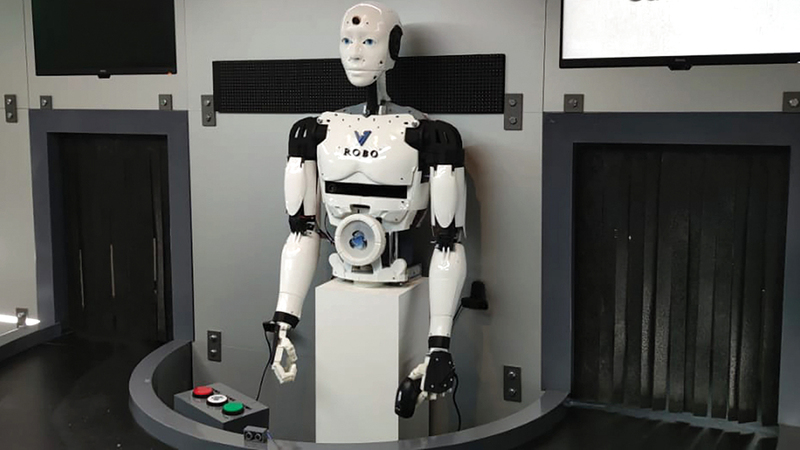 The "Etisalat" group revealed that the total number of subscribers to the "Hassantak" smart service has reached 29,000, pointing out that it has installed 350,000 fire sensors within the service.

At GITEX Global 2021, Etisalat presented a robot supported by artificial intelligence technology and the fifth generation network, capable of working in a dangerous environment interactively and quickly with the utmost precision.

In detail, the First Vice President of the Government Institutions Sector at Etisalat Group, Abdullah Ibrahim Al-Ahmad, said that "Etisalat" has completed the installation of 350,000 fire sensors within the "Hassantak" smart program and service, noting that the total number of subscribers to the service has reached more than 29,000. subscriber.

Al-Ahmad added that the group introduced, within its platform at GITEX 2021, a robot supported by artificial intelligence technologies and the fifth generation network, capable of working in a dangerous work environment in a fast interactive manner, and without any delay in completing the tasks that require it with utmost accuracy.

Al-Ahmad stressed, during a press conference held by Etisalat on the sidelines of the exhibition yesterday, that the group is moving forward pivotally in digitizing services and transforming the methods and patterns of operations in government agencies and companies, to comply with the trends of digital transformation and the requirements of the digital age led by fifth generation network technologies (5G). ), artificial intelligence, Internet of things, robotics, cloud computing, big data, virtual and augmented reality, machine-to-machine communication, blockchain, and cloud solutions.

He stated that the group has provided, through its GITEX platforms, 120 new innovations of smart and technical solutions and services, some of which appear for the first time in the world, allowing government and private agencies to take advantage of these technologies to enhance their efforts in the field of digital transformation and improve the services they provide to individuals and societies.

He explained that the Etisalat pavilion at the exhibition included a wide range of self-selling machines, supported by the fifth generation network and artificial intelligence technology, as these technologies contribute to supporting business and predicting future events and developments, and transferring them to decision makers to take advantage of them, and make the right decisions at an integrated digital level. .

Al-Ahmad added that Etisalat was keen, at GITEX 2021, to provide digital healthcare solutions, with an insight into the future of the health sector, relying on robotic technologies, artificial intelligence and the fifth generation network, allowing medical authorities to benefit from surgical robots, and robotic x-ray imaging devices. In addition to telehealth devices, which allow patients to record analyzes and information and send them to the doctor for review, and to give a quick consultation to the patient.

Etisalat Digital has enabled a distinguished selection of innovations, relying on cloud platforms that enhance business integration, in addition to cybersecurity services designed to protect government agencies and the business sector from phishing attacks, ransomware, and denial of service attacks.