The French Airports Union (UAF) has appealed to the European Commission to obtain the annulment of the ban on internal air links when there is an alternative by train in less than 2.5 hours. According to the airports, European law is "crooked". by Bill &amp; nbsp; &amp; quot; Climate and Resilience &amp; quot ;. 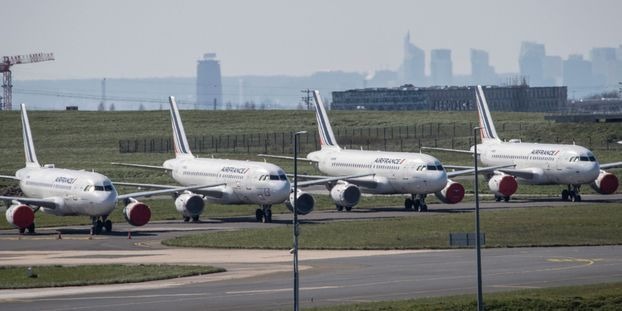 The French Airports Union (UAF) has appealed to the European Commission to obtain the annulment of the ban on domestic air links when there is an alternative by train in less than 2.5 hours. According to the airports, European law is "twisted" by the "Climate and resilience" bill.

French airports announced on Tuesday that they had appealed to the European Commission to obtain the annulment of the ban on domestic air links when there is an alternative by train in less than 2:30, provided for by the recent French Climate Law.

"We lodged this complaint on September 17," jointly and severally with the European branch of the Airports Council International (ACI Europe), the president of the French Airports Union (UAF), Thomas Juin, told AFP. information from the newspaper

He considered that article 145 of the “Climate and resilience” law, adopted in July in France, was “legally unfounded”.

A "limited period of validity"?

This article provides for the prohibition of "regular public air transport services for passengers concerning all air links within French territory, the journey of which is also provided on the national rail network without a connection and by several daily connections lasting less than two and a half hours ".

Thomas Juin recalled that this article was based on a European text, Article 20 of Regulation No. 1008/2008, providing for exceptions to the exercise of traffic rights "in the event of serious damage to the environment", but according to him for "local, temporary reasons" and not applicable to the subject of global warming.

The European regulation is worded as follows: these restrictions have "a limited period of validity, not exceeding three years, at the end of which they are reviewed".

An "ineffective" measure for the environment, according to airports

"We twist European law to apply a measure that will be more ineffective from an environmental point of view," said the leader of this gathering of 165 airports: the lines thus banned from March 2022 represent "0.23% "emissions from French domestic lines. Concretely, the connections falling within the perimeter of the law are Marseille-Lyon, Paris-Orly-Nantes, Orly-Lyon and Orly-Bordeaux. The text nevertheless provides for exceptions for correspondence.

The law especially ratifies the existing one, since the government had forced Air France to give up the routes concerned in return for financial support in May 2020. It prohibits competitors from rushing into the breach.

During parliamentary debates, the UAF had already contested the abolition of these lines, in particular Orly-Bordeaux which, before the health crisis, transported more than 560,000 travelers per year.

Airports are not unaware of the challenges of global warming, stressed Thomas Juin, recalling that the sector was committed to "carbon neutrality" by 2050.