Sufficient volume: Gazprom did not book additional capacity of the Ukrainian gas transportation system for gas transit to Europe in November

Gazprom did not book an additional volume of transport capacity for gas transit through Ukraine in November, it follows from these trading platforms. Experts believe that this is a commercial decision, due to sufficient supply under the existing contracts that the company has entered into earlier. Against this background, it became known that Naftogaz of Ukraine had submitted an application for participation in the certification of the Nord Stream 2 operator. In the meantime, the gas pipeline operator said that the first string of the pipeline had reached pressure, which would enable it to proceed with gas transportation in the future. 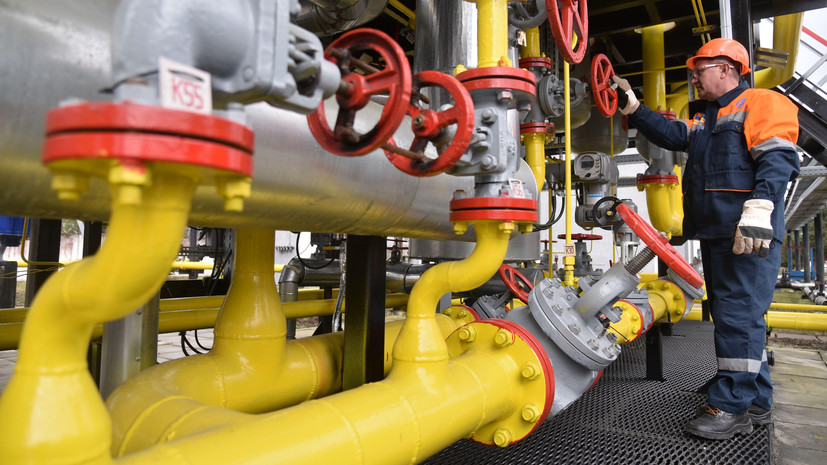 Gazprom did not book an additional volume of transport facilities for gas transit through Ukraine in November.

From the data of the RBP platform, it follows that the "GTS Operator of Ukraine" offered transit capacities at two auctions for November in a total volume of about 15 million cubic meters.

m per day, but they remained unclaimed.

It is noted that the bidding took place in addition to booking on the basis of a long-term contract for 40 billion cubic meters.

Recall that on December 30, 2019, a contract was signed between Gazprom and Naftogaz of Ukraine for the transit of Russian gas.

In mid-October, Deputy Prime Minister Alexander Novak said that Russia is consulting with Germany on the issue of concluding a new contract with Ukraine for gas transit after 2024.

In October, Vladimir Putin announced that Moscow was ready to increase the volume of gas pumped through the Ukrainian territory, subject to economic and technological conditions.

At the same time, the Russian leader warned that a further increase in the volume of supplies carries risks against the background of the deterioration of the Ukrainian gas transportation system.

The President mentioned that this figure is over 80%.

Also on russian.rt.com "If economic and technological conditions are created": Putin assessed the prospects for gas transit through Ukraine

“You can't increase it there anymore.

Everyone is hinting to us: increase supplies through Ukraine.

It is dangerous to increase, the GTS has not been repaired there for decades, maybe if you increase the pressure, it will burst altogether, Europe will lose this route altogether, ”the President noted during his speech at the plenary session of the Russian Energy Week forum.

Experts believe that Gazprom is not booking additional volumes through Ukraine, since existing contract applications do not require the use of additional capacities through the Ukrainian territory.

This idea, in particular, was expressed by the deputy general director of the Russian National Energy Security Fund Alexei Grivach.

“This is a purely commercial decision.

Because Turkish Stream has actually reached its design potential, and the infrastructure that has developed in Europe from the supply of gas from the Turkish Stream, plus the demand that consumers make today under long-term contracts, it does not require ... additional capacities through Ukraine and, most likely, will not require in the near future, "the specialist said in an interview with RT.

Stanislav Mitrakhovich, an expert at the National Energy Security Fund, lecturer at the Financial University under the Russian government, added that Russia's position is its readiness to supply additional volumes of gas when the Russian Federation has this gas.

“Apparently, in a couple of weeks the season of gas injection into Russian storage facilities will end, and, secondly, we are ready to supply taking into account new contracts.

That is, for us long-term contracts are a convenient option, "he explained in an interview with RT.

At the same time, Naftogaz Ukrainy applied for participation in the certification of the Nord Stream 2 operator.

Naftogaz, as a national company leading the fight for the energy security of Ukraine, defends national interests, has applied for participation in the certification process of the Nord Stream 2 operator before the German regulator, the Federal Agency for German Grids, "said the head of the company, Yuriy Vitrenko. press conferences.

According to him, the gas pipeline cannot be certified because "its full compliance with European legislation has not been ensured", as well as because of "non-competitive actions of Gazprom."

The head of Naftogaz also noted that the assessment of the decision on the certification of the gas pipeline could take up to four months from the European Commission.

Against the background of these events, the operator of Nord Stream 2 announced the completion of the procedure for filling the first string of the pipeline with gas.

“In accordance with the plan and design requirements, the line is filled with so-called technical gas in the volume of approximately 177 million cubic meters.

m, which provides a pressure level of 103 bar in the gas pipeline, ”the message says.

It is noted that the achieved pressure level is sufficient to start gas transportation in the future.

At the same time, commissioning work continues on the second string of Nord Stream 2.

Let us remind you that the construction of Nord Stream 2 was finally completed on September 10.

The gas pipeline runs from Russia to Germany through the Baltic Sea and the exclusive economic zones and territorial waters of Germany, Denmark, Russia, Finland and Sweden.

Igor Yushkov, an expert at the Financial University under the Russian government, and a leading analyst at the National Energy Security Fund, called Naftogaz's actions in this situation a sabotage.

Also on russian.rt.com Germany spoke about Gazprom's fulfillment of its obligations to supply gas to Europe

In his opinion, the Ukrainian company is not going to participate in certification in order to find out whether the gas pipeline meets the necessary requirements of the European Union.

“No, they are applying to disrupt this certification.

Will their application be approved?

Judging by the practice of the Polish state oil and gas company (PGNiG. -

), it is quite possible, "the expert said in an interview with RT.

The Polish company submitted a similar application, it was satisfied, but at the same time it did not receive any influence and a decisive vote.

“Basically, you will be informed what decisions will be made.

It is quite possible that (the Ukrainian side. -

) at best will be in this position, at worst - she will be refused, because she has recently been working according to European standards and, in principle, Ukraine is not a member of the European Union, ”Yushkov concluded.