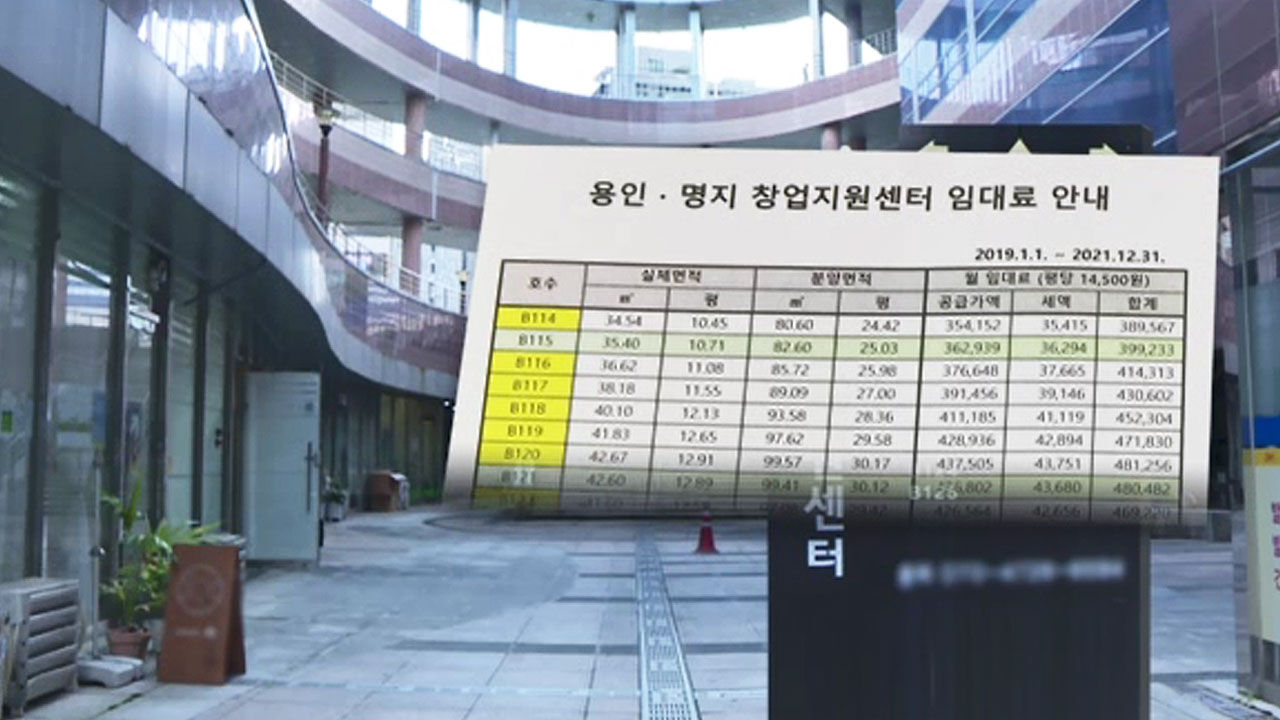 Our coverage confirmed that a university rented a building to LH Korea Land and Housing Corporation at a low price to nurture local venture companies, but received a high rent from the tenant companies. In fact, there is criticism that the university is a rental business.

This is reporter Im Tae-woo.

In order to foster local venture businesses, Yongin City, Myongji University, and LH signed a three-party agreement, and Myongji is managing them.

In mid-2018, LH lent 16 stores owned by this shopping mall to Myongji at 5,600 won per 3.3 square meters, which is about 70% cheaper than the surrounding rental market price.

By the way, the rent that Myongji University received from resident venture companies is 14,500 won per 3.3 square meters, which is almost three times higher.

Myongji was re-rented, he paid a premium and received it from the neighboring market.

As a result of the LH survey, Myongji University has earned 180 million won in re-lease income over the past three years.

LH argues that it is a violation of the agreement that Myongji University, which emphasized the purpose of fostering venture businesses and demanded a reduction in rent, received the right price from the tenants.

[LH official: It could be a kind of fraud, and in civil terms, we have to check internally whether there is any real benefit in the lawsuit for the return of unfair profits...

was explained that Myongji University had to bear the cost of center operation, facility repair, and vacancy rent, so rental gains were inevitable.

LH's laxity in not specifying that the university's re-rental fee will also be reduced in the original agreement and Yongin City's indifference in not monitoring the rental status are criticized for taking care of only the university.