The Government has transferred to Brussels that `` it foresees that the level of employment and GDP will recover in 2022 '', a commitment that contradicts and is not in line with what was promised ... 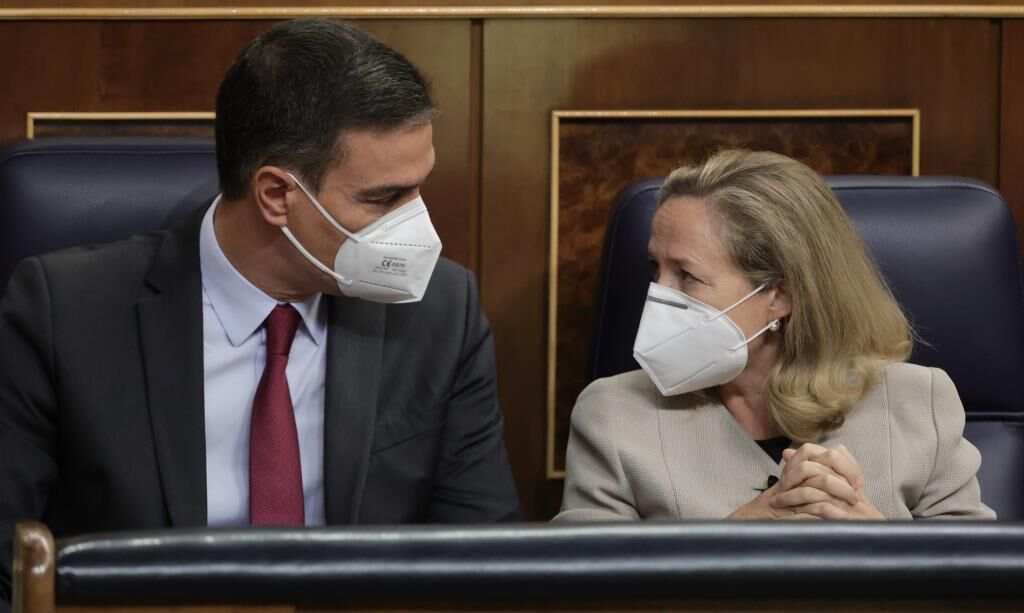 The Government has transferred to Brussels that "it

", a commitment that contradicts and is not in line with what was promised less than a month ago by Nadia Calviño.

During the presentation of the macro picture, the Vice President of Economic Affairs announced that the economy would recover the levels of activity and employment "

before the end of the current year"

And that the first quarter of 2022 would already be higher.

On the other hand, in the 2022 Budget Plan that Spain has sent this afternoon to Europe, that commitment is not maintained.

Moreover, it is not fixed when next year it will return to previous levels, although it is indicated that

in 2023 "the pre-pandemic growth path will be recovered

Since Calviño made that promise, the macroeconomic data have deteriorated significantly or, rather, the growth data estimated by the INE for the second quarter of the year. Just two days after the vice president made that commitment,

Statistics revised the data from 2.8% to only 1.1%, provoking numerous reactions

. Because of the importance of the reduction, because of the correction to Calviño and because that data pushed to a complete revision of the macro picture.

This has been done by numerous organizations and analysis firms, which in recent weeks have carried out a massive downward revision.

The Government, despite this, has maintained its chart and has drawn up budgets based on it,

which has raised many doubts

But what he has done is correct that commitment by Calviño.