Mark Index closed up 1.88%, coal and semiconductor sectors took off

Sino-Singapore Jingwei, October 15th, A shares fluctuated slightly in the afternoon, and the turnover of the two cities was below one trillion for five consecutive days. The coal and oil and gas sectors rose; semiconductor chips and lithium batteries rose nearly 7% during the Ningde era; shares of "Pigmao" Muyuan rose nearly 6%; Limit down.   Source: Flush iFinD   As of the close, the Shanghai 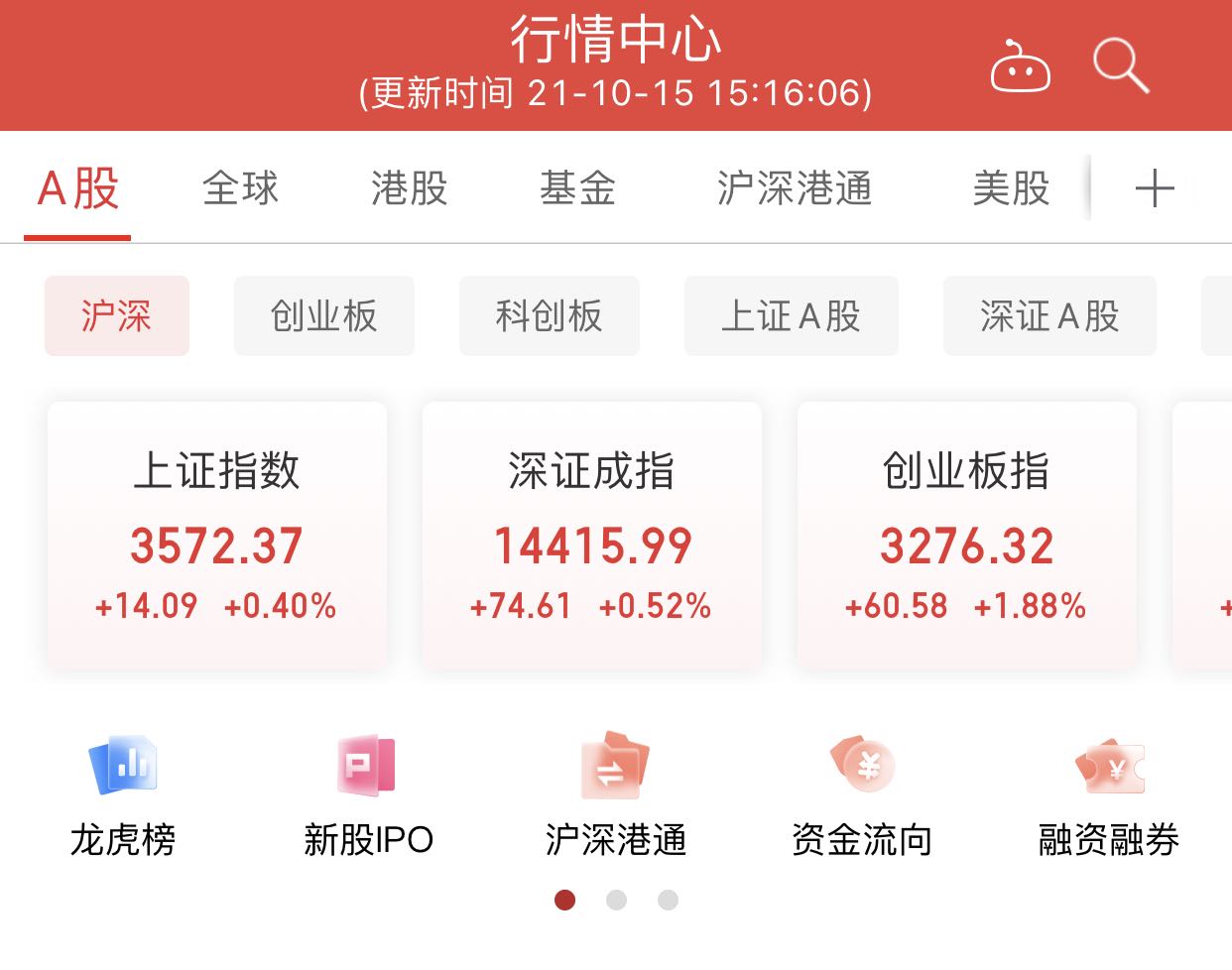 Sino-Singapore Jingwei, October 15th, A shares fluctuated slightly in the afternoon, and the turnover of the two cities was below one trillion for five consecutive days.

On the disk, the recently oversold high-prosperity track sector has become active again. Semiconductor chips and lithium batteries have risen in the intraday market. Ningde Times rose nearly 7%, with a turnover of 12.8 billion yuan.

The turnover of the Shanghai and Shenzhen stock markets exceeded 989 billion yuan, and individual stocks continued to fall generally, with more than 3,100 floating green companies.

The three quarterly reports were released one after another. Because the performance was not as good as expected, Shi Dashenghua and many other stocks fell by the limit; the pork stocks that suffered "Tuan Miao" could not fall, the shares of "Pigmao" Muyuan rose by 4.37%; "Yamao" Tongce Medical continued to lower the limit; "Education Mao" Zhong Gong Education is approaching the lower limit; "Shipping Mao" and "Northeast Mao" also continue to fall.

According to Yinhe Securities' analysis, after the successful networking of the "North Three", research investment will be tilted from the space segment to the user segment, especially in the development of core chips and components.

In the long run, the proportion of upstream output value is gradually decreasing, and the growth momentum of the middle and lower reaches is full.

It is recommended to pay attention to the integration and application of Beidou and multi-technology, as well as the combination with other industries, and focus on enterprises with core advantages, especially the leading applications in various sub-industry.

According to the Haitong Securities Research Report, strategically, investors are advised to keep a cautious attitude towards the cyclical industry; in addition, taking Haitian Flavor Industry as an example, the trend of consumer product price increases is becoming more and more obvious. Combining the current position of the consumer sector after adjusting for half a year, it can be adopted Low layout.

On the other hand, for growth stocks, it is recommended that investors always pay attention to the central bank's policies, focusing on the continuation of reverse repurchase maturity and MLF. After all, the growth sector is inseparable from the hotbed of loose funds.