Chinanews client, Beijing, October 14th (Reporter Zhang Xu) I am afraid that Apple, Xiaomi, and OPPO themselves did not expect that when they set foot in building cars, their mobile phones will face the challenge of Geely, a domestic car company .   Geely announced on September 27 that its commercial satellites would go offline, and on September 28 it announced its entry into the mobile phone i 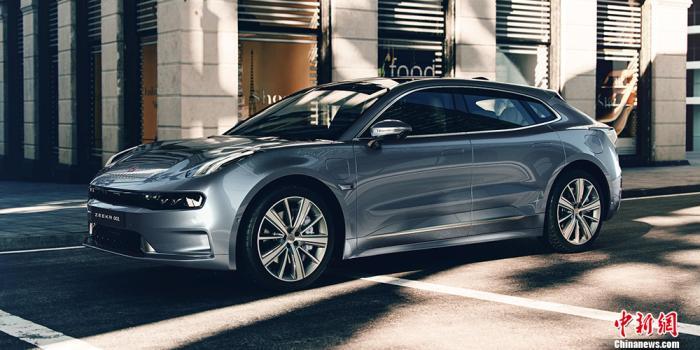 Chinanews client, Beijing, October 14th (Reporter Zhang Xu) I am afraid that Apple, Xiaomi, and OPPO themselves did not expect that when they set foot in building cars, their mobile phones will face the challenge of Geely, a domestic car company .

Wuhan is of special significance to Lei Jun who graduated from Wuhan University.

Someone joked that when Geely made mobile phones in Wuhan, Xiaomi Lei Jun was "stolen".

"Autonomous Brother" to accelerate the transformation of electrification

Relying on the long-term adherence to the sea tactics, Geely Automobile has won the No. 1 sales of Chinese brand passenger vehicles for four consecutive years from 2017 to 2020, and has become the No. 1 domestic independent brand.

On October 11, Geely’s sales data showed that in the first nine months of this year, Geely’s total sales were 921,796 vehicles, a year-on-year increase of 5%, and 60% of its annual sales target of 1.53 million vehicles.

At the same time, Geely Automobile's September terminal sales continued to hit a record high during the same period, with a market share of 7%, and it continued to rank first among Chinese brands.

Data comes from a straight flush

Geely has the largest market share, but its market value is far behind its peers.

In this regard, some analysts believe that “Geely’s pace is slow in the face of the wave of intelligent and electrified cars.”

To this end, Geely has invested a lot of resources to simultaneously develop 4 new energy technology paths-pure electricity, hybrid, methanol, and hydrogen fuel. Polestar and Geometry brands have also been included in the territory.

In the first half of this year, this proportion is still declining.

"Although the Blue Geely Action Plan was not completed as scheduled, it is not surprising that this is not a strategic direction error, nor a strategic execution failure. It is because the historical timing is not mature and the external strategic conditions have not been formed. Examples of such failures abound. There are Chinese car companies, as well as European, American, Japanese, and Korean car companies. We don't have to be frustrated." In this year's internal speech, Geely Group Chairman Li Shufu admitted that the plan had failed, but also showed optimism.

In order to accelerate the process of electrification, Geely also launched its latest electric brand-Jikrypton.

However, after the press conference, extremely krypton was questioned about delays in delivery time, price increases in disguise, and shrinking configurations. Tesla also launched a price cut offensive, which caused many car owners to transfer orders.

At the same time, new domestic car-making forces are chasing after me, and cross-border players such as Xiaomi enter the game. Extreme Krypton is facing fierce competition.

why choose to be a mobile phone?

Geely, which has accelerated the process of electrification, has also entered the mobile phone industry.

The headquarters of the project is located in Wuhan Economic and Technological Development Zone, positioning high-end smartphones.

At the same time, the barriers to making mobile phones are lower and it is easy to OEM production, but few cross-border players have to make products with core competitiveness.

Among the players who used to cross-border mobile phones, 360 Zhou Hongyi has cooperated with Nezha Motors to build cars, and Luo Yonghao's mobile phone team has been acquired.

The growth of the mobile phone market has slowed down, and automobiles are a $10 trillion market, which is also one of the important reasons why Xiaomi is betting on making cars.

The development space for mobile phones is far inferior to the automotive field, which has been deeply cultivated for many years. Why does Geely enter the mobile phone market with great fanfare?

This is because Geely wants to build an ecological chain of mobile phones + cars + satellites.

Li Shufu said: Mobile phones can be connected to the Internet of Vehicles and satellite Internet to create rich consumption scenarios, strengthen the ecosystem, and provide users with a more convenient, smarter, and interconnected multi-screen interactive life experience.

Zhang Xiang, an automotive analyst, predicts that Geely will take a different path from traditional mobile phone companies. It will mainly build its own ecosystem through mobile phones and flying cars.

"Geely mobile phones are most likely to buy cars and send mobile phones. Mobile phones make money mainly through service fees. For example, mobile phones need to charge a certain fee when they are connected to cars, satellites, and flying cars."

It is worth noting that just one day before Geely officials announced the production of mobile phones, Geely's first commercial satellite factory built by Geely went offline.

Geely stated that its commercial aerospace business has covered the entire industrial chain of satellite design and development, manufacturing, and operation and maintenance services, and will continue to build technological advantages for smart communications, smart transportation, and integrated travel ecology.

From this point of view, it is not impossible for Geely to build a "mobile phone car satellite" ecological chain.

In the same way, Dong Mingzhu has a passion for mobile phones when playing cross-border.

Dong Mingzhu once said that the entire intelligence is related to mobile phones and set a goal of "50 million units sold in a year". However, six years later, the cumulative sales of Gree's third-generation mobile phones in its official mall have not exceeded 10,000.

It seems that no one wants to give up the mobile phone, the gateway to the Internet of Everything.

Geely chooses to start again on the mobile phone track, what will its goal of impacting the high-end and the Internet of Everything?

Only time and the market can give the answer.