Nuclear: talks between EU and Iran will continue in Brussels despite tensions 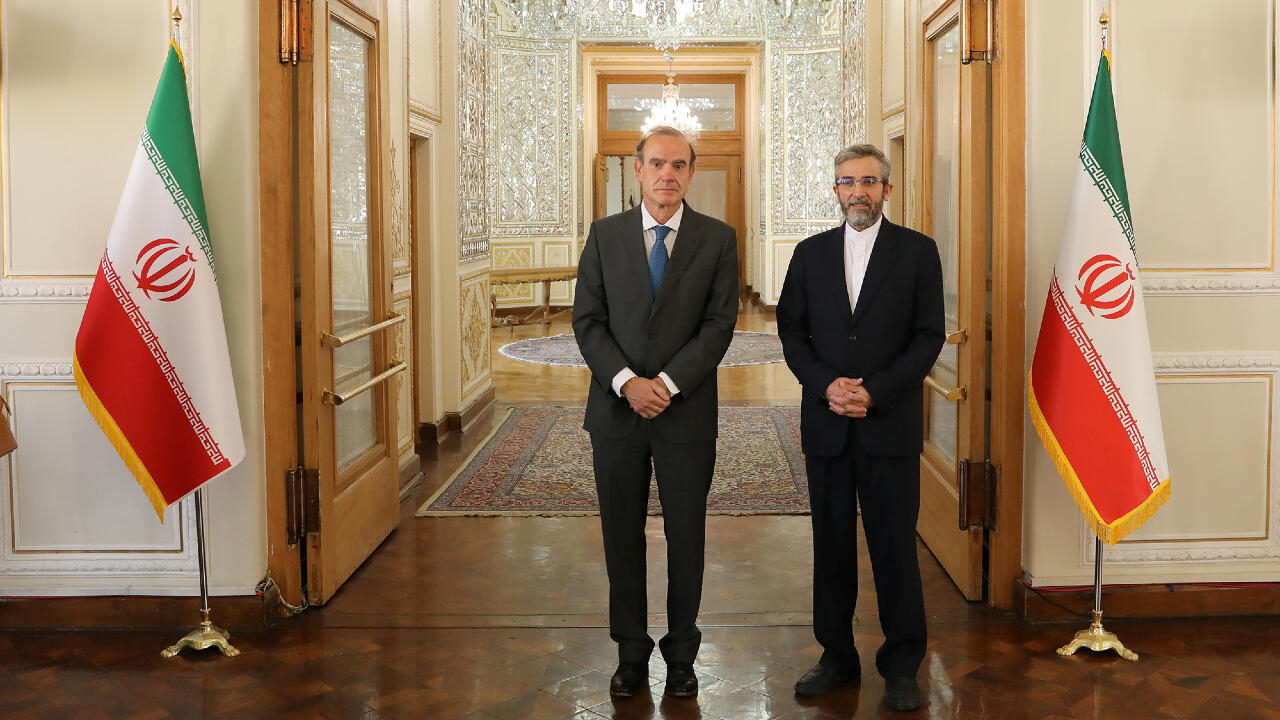 Nuclear: talks between EU and Iran will continue in Brussels despite tensions

The European Union negotiator in charge of the Iranian nuclear issue, Enrique Mora, met this Thursday, October 14 with Iranian Deputy Foreign Minister Ali Bagheri, to try to obtain from Tehran a date for the resumption of nuclear negotiations.

The meeting in the Iranian capital took place in a tense atmosphere, after American threats.

According to an official statement, no date has yet been set for the resumption of nuclear negotiations in Vienna.

But consultations must continue

in Brussels, the statement said.

Iran is ready for serious negotiations with concrete results, but we have serious doubts about the will of the United States to implement its commitments,

Tehran demands the end of all sanctions imposed since 2018 against Iran after former US President Donald Trump's decision to exit the 2015 nuclear deal.

Tehran says it is ready to then limit its nuclear program

, which continues at high speed, which worries the United States and European countries.

This Wednesday, October 13, US Secretary of State Antony Blinken regretted

Likewise, Israel keeps claiming that it will act to stop Tehran's nuclear program.

In the face of these threats, the Islamic Republic has warned the Jewish state against any action.

Iran has relaunched its program by enriching uranium up to 60% using increasingly modern devices.

Which complicates an agreement with the great powers.

The tension mounts because "

Iran does not give a date for the resumption of negotiations

For Thierry Coville, researcher at the Institute of International and Strategic Relations (Iris), beyond the enrichment of "

", which greatly worries the international community, this are also "

", as well as the acquisition by Iran of a "

technological knowledge which would give it the possibility of going towards military nuclear power, if they really intended it

For Thierry Coville, researcher at Iris, Iran's "technological knowledge" is also a problem for Westerners.

According to the researcher specializing in Iran, this new blow of tension is explained by "

For Thierry Coville, researcher at Iris, "the tension is mounting because Iran does not give a date for the resumption of negotiations"

Headlines: the United States leaves a military threat against Iran