Electricity prices usher in a big reform! "Can fall can rise"! Residents' electricity consumption is not rising

Chinanews client, Beijing, October 12th (Reporter Li Jinlei) In the context of a sharp rise in coal prices and power restrictions in many places, electricity prices have once again ushered in major changes.   On October 12, the National Development and Reform Commission issued the "Notice on Further Deepening the Market-oriented Reform of Coal-fired Power Generation On-grid Electricity Prices", 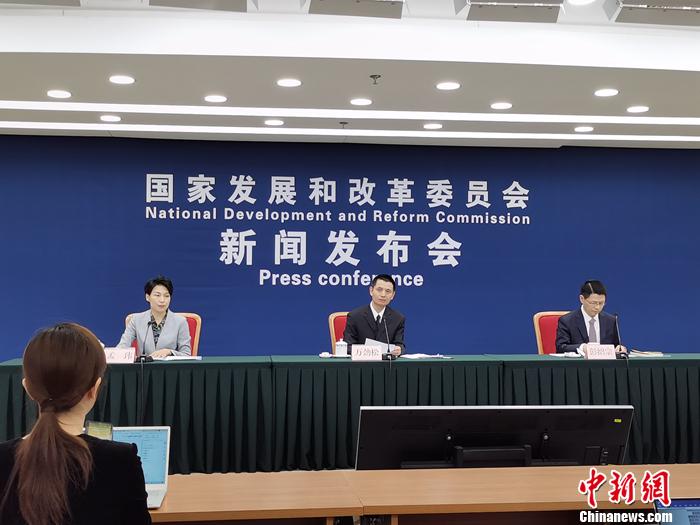 Chinanews client, Beijing, October 12th (Reporter Li Jinlei) In the context of a sharp rise in coal prices and power restrictions in many places, electricity prices have once again ushered in major changes.

On October 12, the National Development and Reform Commission issued the "Notice on Further Deepening the Market-oriented Reform of Coal-fired Power Generation On-grid Electricity Prices", which truly established a market-oriented electricity price mechanism that "can fall and increase", marking another step forward in power market-oriented reforms An important step.

On October 12, the National Development and Reform Commission introduced the situation of further deepening the market-oriented reform of coal-fired power generation on-grid tariffs.

The notice pointed out that the on-grid tariff for all coal-fired power generation will be liberalized in an orderly manner.

In principle, all coal-fired power generation will enter the electricity market, and the on-grid electricity price will be formed within the range of "base price + fluctuations" through market transactions.

At present, about 70% of coal-fired power generation electricity has formed an on-grid tariff through participation in the power market.

Expand the range of fluctuations in market trading electricity prices

The notice requires that the trading price fluctuation range of coal-fired power generation market should be expanded from the current float not exceeding 10%, not exceeding 15% in

principle, and not exceeding 20% ​​in principle. The market transaction price of energy-intensive enterprises is not subject to Up to 20% limit.

Peng Shaozong, deputy director of the Price Department of the National Development and Reform Commission and a first-level inspector, said that it is conducive to better giving play to the role of the market mechanism, allowing electricity prices to more flexibly reflect the power supply and demand situation and cost changes, and to a certain extent alleviate the operating difficulties and incentives of coal-fired power generation companies. Enterprises increase power supply, curb unreasonable power demand, improve power supply and demand, and better guarantee the safe and stable supply of power.

Promote industrial and commercial users to enter the market

For those industrial and commercial users who have not directly purchased electricity from the electricity market, power grid companies will purchase electricity as an agent.

What impact will this have on electricity costs for industrial and commercial users?

Peng Shaozong believes that the on-grid tariff for coal-fired power generation will be fully liberalized, and the range of fluctuations will be expanded. Under the situation of tight power supply and demand, market transaction electricity prices may rise, which will increase the electricity cost of industrial and commercial enterprises to a certain extent.

He said that it needs to be divided into user categories. The market transaction price of high-energy-consuming companies is not subject to a 20% increase, so that the increase is unlimited, which means that

Other industrial and commercial users consume less electricity per unit of product production, and electricity costs account for a relatively low proportion of total costs. Market transaction electricity prices will rise to a certain extent, and

enterprise electricity costs will increase, but the overall cost is limited.

Regarding this reform, the common people are most concerned about whether the price of residential electricity is rising?

The National Development and Reform Commission stated that it will maintain stable electricity prices for residents, agriculture, and public welfare undertakings.

after the implementation of the reform, residents and agricultural users will purchase electricity and use electricity as before. The method has not changed, and the electricity price level will remain unchanged.

Will it affect the price level?

The people are concerned about whether this reform will affect the price level?

Peng Shaozong pointed out that this reform, with special emphasis on maintaining the stability of residential and agricultural electricity prices, has no direct impact on the consumer price index (CPI).

Overall, the impact of this reform on price levels is limited.