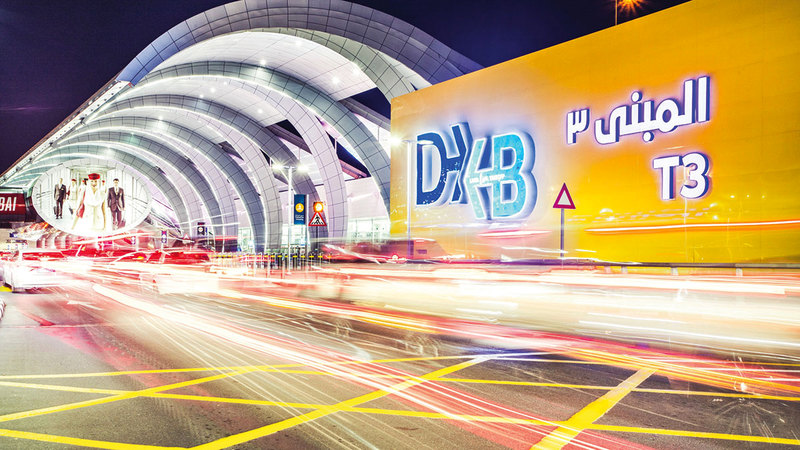 Dubai International achieved advanced results in the number of international travelers through it.

According to those data monitored by "Emirates Today", Dubai International Airport has restored about 91% of the linkage network with the countries of the world, 73% of the destinations, and 78% of the number of airlines that operated their flights through the airport before the "Covid-19" pandemic.

This data includes airlines designated for passenger operations, with the exception of air freight companies.

Dubai International Airport announced the achievement of advanced results in the number of international passengers through the airport, with their number reaching 10.6 million passengers in the first six months of 2021, amid positive expectations that it will witness strong growth in the second half of this year.

And “Dubai Airports” reported that the positive results come with the start of work on easing travel restrictions for people coming to Dubai from some African and Asian countries, and in the context of the success of the emirate’s strategic plans in managing the repercussions of the pandemic, and its leadership of the tourism recovery movement in the world.

According to the latest figures issued by Airports Council International, "Dubai International" remains the world's busiest airport for international travelers, after retaining the title, for the seventh consecutive year for annual traffic in 2020, and significantly ahead of other international and regional airports, with its success. In achieving double the passenger traffic, as it is the busiest airport in the Middle East.

International air carriers continue to resume their operations through Dubai International Airport, while data issued by Emirates Airlines and Fly Dubai showed a continuous increase in the number of passenger destinations, within the network of the two carriers, with the application of air travel protocols, facilitating the travel of UAE citizens. residents and tourists, while maintaining the safety of visitors and communities.

According to the latest data issued by OAG International, a provider of airport and airline data, Dubai International Airport maintains its position as the largest air transport crossing in the world in terms of seat capacity provided by air carriers on international flights departing at the airport.

The freight sector continued to outperform the passenger sector in the speed of recovery, with cargo volumes approaching 2019 levels.

Dubai International Airport recorded 571,568 tons of cargo in the second quarter of this year, raising the volumes of the first half of the year to 1.1 million tons, an annual increase of 27.7%.