Nizar Banat case trial in the West Bank: "I expect nothing from this trial"

Postponed twice, the trial of the alleged murderers of Nizar Banat should finally begin this Monday, September 27. At the end of June, this Palestinian activist was beaten to death by members of the ... 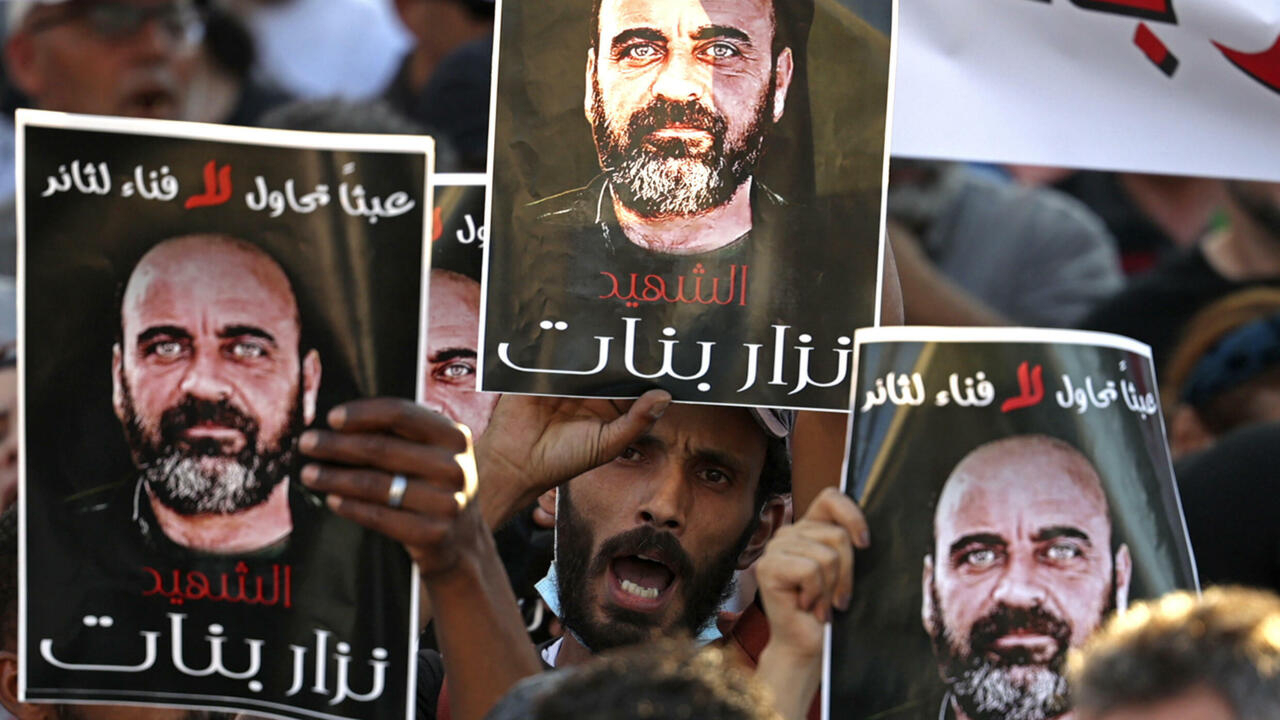 Nizar Banat case trial in the West Bank: "I expect nothing from this trial"

Palestinians demonstrated several days in a row in the streets of Hebron, Bethlehem and Ramallah after the death of famous human rights activist Nizar Banat, who died after his arrest on June 24, 2021. © ABBAS MOMANI AFP / File

Postponed twice, the trial of the alleged murderers of Nizar Banat should finally begin this Monday, September 27.

At the end of June, this Palestinian activist was beaten to death by members of the Palestinian security forces.

His murder had sparked outrage.

RFI met the widow of Nizar Banat, at her home in Hebron.

With our special correspondent in Hebron,

At the entrance to the neighborhood, banners pay tribute to the

activist killed at the end of June

Tagged on a wall, an inscription announces: "Fortified castle of the martyr Nizar Banat".

And yet, behind the door, it is in a tiny apartment that his five children and his widow, Jihane, live.

I don't expect anything from this trial,

The authorities know who killed him, and who gave the order to eliminate him.

If they really wanted to act, the authorities would have taken the necessary measures from the day of his assassination.

And there, they only procrastinate and postpone the hearing.

His positions against senior Palestinian officials, whom he accused of embezzlement, earned him several death threats and ended up costing him his life, Jihane said.

Two months before his death, they came to shoot live ammunition at our house,”

Nizar never took up arms. He is someone of integrity who fought peacefully against the corruption that plagues the Palestinian Authority. These 14 members of the security forces who are accused of having killed him are only executioners. But there are senior officials: a governor, a magistrate, who have publicly called on social networks for its elimination.

Like Jihane, many Palestinians wish to see these senior officials brought to justice.

This Monday, they plan to demonstrate in front of the court, where the trial of the Nizar Banat case begins.