The UAE has achieved a new global achievement, by being among the best countries in the world in government digital transformation, to be the only Arab country in this group, in the Government Digital Maturity Report “GovTech” issued by the World Bank for the year 2021, which measures the 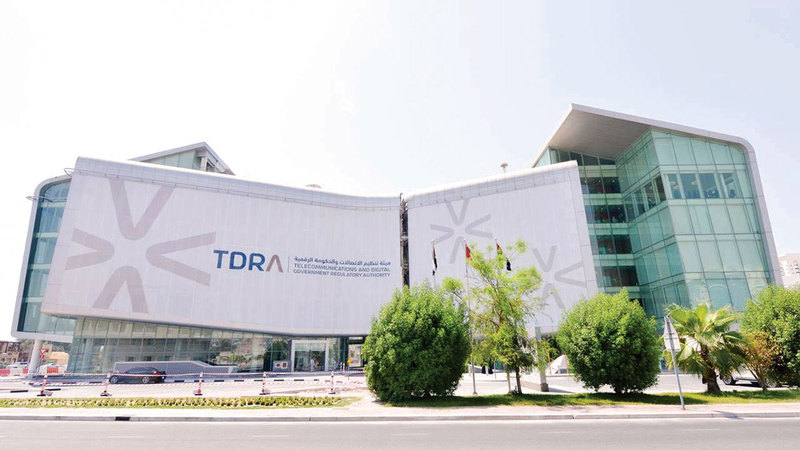 The UAE has achieved a new global achievement, by being among the best countries in the world in government digital transformation, to be the only Arab country in this group, in the Government Digital Maturity Report “GovTech” issued by the World Bank for the year 2021, which measures the maturity levels of digital transformation And relying on modern technology in the conduct of work in the government sector in 198 countries.

The report indicated that the UAE excelled globally in all the axes under which 48 indicators fall, and the UAE achieved the full score in 31 of them.

The report divided the countries included into four groups, the first of which was Group A, which included: “the world leaders in the maturity of government technology,” and included 43 countries, including the UAE, Canada, the United States, Switzerland, Britain, France, Japan, which were ranked “Very high” in the maturity of the technology adopted in government digital transformation processes, as countries in this category had innovative solutions and distinguished practices.

The third group (c) included countries whose governments have improvements in digital transformation technology, and have active efforts in digital practices, while the fourth group (d) came to express the countries that have a minimum focus on digital government initiatives.

Majed Sultan Al-Mismar, Director General of the Communications Regulatory Authority and Digital Government, said that the "GovTech" report from the World Bank represents a new station in the UAE's march towards a sustainable digital future, which includes both government and society.

He stressed that this achievement is a natural reflection of the spirit of togetherness and one team that prevailed throughout the process of digital transformation at the national level, including the federal and local governments, as well as the private sector, at a time when we do not forget the role of society through its effective participation through digital platforms in the development of services and policies. followed.

For her part, the Acting Director of the Federal Competitiveness and Statistics Center, Hanan Mansour Ahli, said that the digital, technical and scientific excellence of the UAE is an essential pillar in its development and economic path.

Ahli affirmed that the UAE’s solutions within Group A, which is ranked highest in the world in the Digital Maturity Report, are new evidence of its regional and global leadership in the field of government digital transformation, adding to its rich balance in global competitive reports, pointing out that the country ranked first in the world. In 121 competitive indicators, and in first place in the Arab world in 496 indicators, despite the rapid transformations in the global competitiveness map, and the developments in the global economy.

The report pointed out that the UAE excelled globally in all the axes under which 48 indicators fall, and the UAE achieved the full score in 31 of them, which qualified it to be among the highest global group (A), which includes countries that obtained a result ranging from 0.75 to 1.00 «Score». Complete” in the maturity of government technologies, and it is the only Arab country to join Group A, and jointly with Israel alone in the forefront of the Middle East and North Africa countries within the same group, achieving a score of 0.80 on the index, noting that the global average did not exceed 0.52, while Countries in the other groups scored 0.74 and below.

Findings of the international report

The report concluded by presenting the experience of the UAE, detailing the results obtained in the four axes, and the indicators in which it excelled to exceed global rates, as the country scored 0.60 in the “main government systems”, bearing in mind that the global average is 0.48.

The UAE scored 0.92 in the "providing public services" axis, while the global average did not exceed 0.61.

It also scored 0.88 in the "community participation" axis, while the global average did not exceed 0.46.

The country scored 0.79 in the "Government Enablers for Technological Transformation" axis, while the global average was 0.53.

The report devoted a special space, reviewing the experience of the UAE in digital transformation, and indicated that it is one of the most mature countries in the world in the field of digital government services provided to society, and touched on its adoption of the Fourth Industrial Revolution Strategy, the Artificial Intelligence Strategy, the National Innovation Strategy, and the Emirates Strategy for « Blockchain » 2021.

The report indicated that the country's digital transformation strategy aims to adopt advanced technologies and use them to transfer 50% of government transactions at the federal level to the "Blockchain" platform.

He expected that government procedures in Dubai would be completely paperless by the end of 2021, which would lead to the disposal of more than one billion papers that were used in government transactions each year.