Want a container? The price has doubled and I can't order it

Chinanews.com, Beijing, September 23. In 2021, pig raising is not so profitable. Which business is more profitable? The shipping industry is undoubtedly one of them. A port in Ningbo, Zhejiang. Photo by Zhou Weiqiang Shipping has turned over, and the stock price has risen   As of September 22, since August, the average increase of A-share shipping concept stocks has exceeded 26%. Among them, 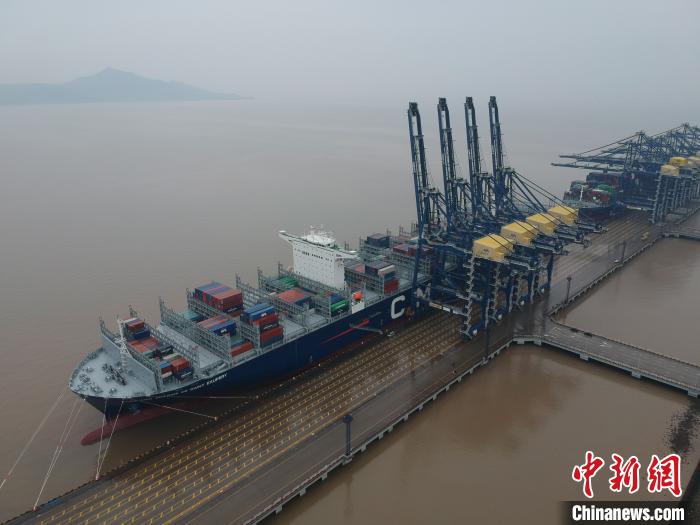 Chinanews.com, Beijing, September 23. In 2021, pig raising is not so profitable. Which business is more profitable?

The shipping industry is undoubtedly one of them.

A port in Ningbo, Zhejiang.

Shipping has turned over, and the stock price has risen

As of September 22, since August, the average increase of A-share shipping concept stocks has exceeded 26%.

Behind the continued strength of A-share and H-share shipping concept stocks is the surge in international shipping freight rates.

The increase in freight rates has brought huge profits to shipping companies.

Since the beginning of 2021, the cumulative increase in the stock prices of COSCO SHIPPING Holdings and China Cereals Logistics has more than doubled.

In addition, the cumulative increase of COSCO Haite and COSCO Haifa exceeded 70%.

"One box is hard to find", the freight is doubled

According to statistics from the Export Trade Section of the Bureau of Commerce of Yiwu City, Zhejiang Province, the price of ocean freight for containers exported from Ningbo Port has risen rapidly.

"The new crown epidemic has reduced the transportation efficiency of the entire shipping market." The staff of a shipping company reported that due to the repeated effects of the epidemic, the waiting time for some ports in the city has been greatly extended, reaching more than 30 hours.

The contradiction between supply and demand has promoted the increase in freight rates.

A port in Ningbo.

In the first half of 2021, China's import and export scale reached the best level in the same period in history.

In August, the total value of China's imports and exports of goods was 3,429.3 billion yuan, a year-on-year increase of 18.9% and an acceleration of 7.4 percentage points from July.

Zhao Chongjiu, Deputy Minister of Transport, said at a press conference in June, “Global shipping, especially container transportation, with a capacity of 23 million TEUs, now except for about 1% of ships being repaired, is all devoted to shipping, even Some general cargo ships come to carry containers."

According to media reports, during the peak season for exporting Christmas products overseas in August and September, the problem of "cannot pay for the shipping of containers, even if they can afford it, can't order the containers" has caused headaches for many Yiwu vendors.

"Every day I suffer from logistics." Li Yongkai, general manager of Qiaoshan Fitness Equipment (Shanghai) Co., Ltd., said recently that the company's sales were very good during this period, but the current rising sea logistics has become a challenge for corporate development.

The company's monthly freight only to US West Coast ports is 50 million yuan more than in the past. At the same time, the price has risen, and the logistics have been slower than in the past by 3 to 4 weeks.

Industrial Securities believes that before the overseas epidemic is effectively controlled, in the short term, the current demand for container shipping is still strong. The repeated epidemics have always restricted effective supply, and freight rates have continued to rise at high levels.

Previously, Zhao Chongjiu said that the Ministry of Transport will continue to implement measures to stabilize foreign trade with the Ministry of Commerce and other departments, guide international liner companies to continue to increase the supply of shipping capacity on mainland China’s export routes, and at the same time improve the turnover efficiency of containers, “cooperating with the market supervision department to strengthen Supervision of charges at sea ports, investigation and punishment of illegal charges in accordance with the law".