Chinanews.com, Yantai, September 23rd, title: Shandong's tourism industry breaks the circle through the sea to create a blue coast for leisure and vacation   Author Wang Jiaoni   Shandong Province, which has one-sixth of the coastline of the country, opened a grand marine tourism event in the coastal city of Yantai on the evening of the 22nd. Under the full moon on August 16 of the lunar calen 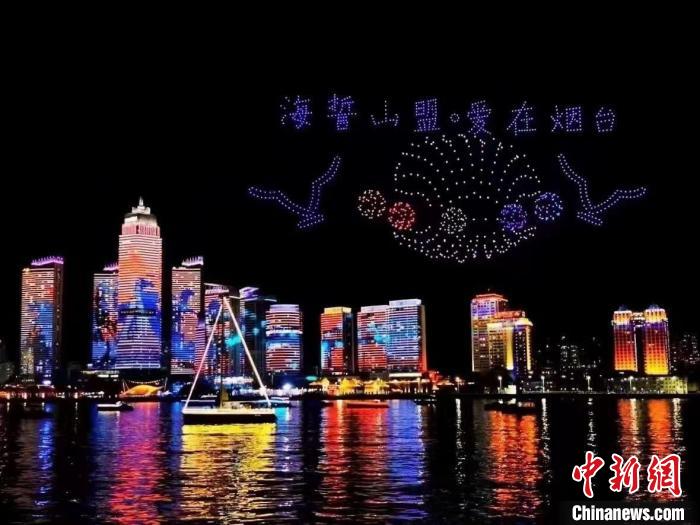 Chinanews.com, Yantai, September 23rd, title: Shandong's tourism industry breaks the circle through the sea to create a blue coast for leisure and vacation

Shandong Province, which has one-sixth of the coastline of the country, opened a grand marine tourism event in the coastal city of Yantai on the evening of the 22nd. Under the full moon on August 16 of the lunar calendar, the guests enjoyed the romantic night view of "the moon grows on the sea" and discussed the ocean together. Tourism industry development.

The 2021 Shandong Tourism Development Conference will be held in Yantai from the 22nd to the 24th. It is hosted by the Shandong Provincial Committee of the Communist Party of China and the People's Government of Shandong Province. Promote the high-quality development of cultural tourism.

At the opening ceremony of the conference that night, the large-scale cultural tourism performance with the theme of "Everyother" utilizes the building light show, stage scene, drone matrix, light and shadow modeling and other forms to allow the audience to watch the fairyland of mountains and seas and enjoy the mountains in the immersive performance. Fenghaiyun.

Shandong is a major maritime province with a land coastline of 3345 kilometers, 589 islands and more than 200 bays. As the largest peninsula in China, Shandong Peninsula is deep in the Bohai Sea and the Yellow Sea and has rich marine cultural tourism resources.

It is reported that since the full implementation of the "Shandong Marine Province Construction Action Plan", Shandong has made efforts to promote the development of marine cultural tourism, and strive to build an internationally renowned coastal leisure city cluster, known as the "Wonderland Coast" brand.

The 2021 International Coastal Leisure High-quality Development Forum will be held at the same time.

At present, Shandong is constructing a boutique marine tourism space structure of "one core, two centers, three regions, four belts, and ten groups", which will fully activate the potential of marine leisure and vacation with dots, faces and beads.

Among them, "one core and two hearts" means Qingdao is the core, Weifang and Yantai are the regional central cities, which radiate to drive the development of tourism products and tourist market attraction in the surrounding areas; the "three districts" are Rizhao-Qingdao, Yantai-Weihai, Weifang -Dongying-Binzhou three areas; the "ten groups" include Rizhao Sunshine Coast, Qingdao Leisure Resort Coast, Rongcheng Exquisite Resort Coast, etc.

At the 2021 International Coastal Leisure High-Quality Development Forum held on the afternoon of the 22nd, representatives of foreign coastal cities such as Rome, Italy and the Singapore Tourism Board shared their international experience in coastal leisure development through videos.

Representatives of coastal cities such as Yantai, Sanya and Qingdao respectively introduced typical experiences in the construction of coastal leisure tourism destinations.

Gao Shunli, the former president of China Tourism News, proposed that Shandong’s coast should build on its existing foundations and advantages to become an internationally renowned high-quality coast. Lay the foundation for the leisure industry.

At the forum, the China Tourism Research Institute also released the "Report on the Competitiveness of China's Coastal Leisure Cities" and released a list of the top ten livable and touristy cities and the top ten emerging coastal leisure cities.