Behind the advent of iPhone13: What should we do about "Apple Dependence"?

Recently, the United States Apple released a new iPhone 13 series of smartphones, which attracted attention from all parties. Some research reports pointed out that the global shipments of this series of models this year were nearly 100 million units. This big cake also mobilized Apple's supply. The production enthusiasm of the major companies in the chain, some companies even temporarily recrui 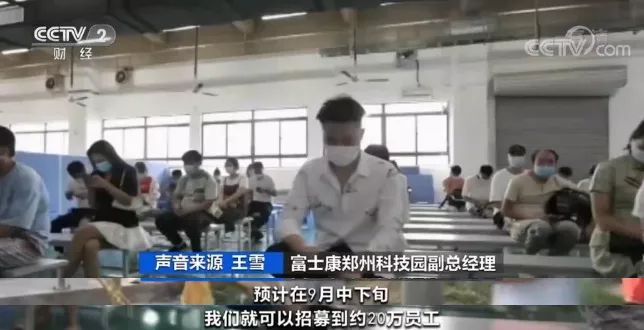 Recently, the United States Apple released a new iPhone 13 series of smartphones, which attracted attention from all parties. Some research reports pointed out that the global shipments of this series of models this year were nearly 100 million units. This big cake also mobilized Apple's supply. The production enthusiasm of the major companies in the chain, some companies even temporarily recruit workers with high bonuses.

At one o'clock in the morning on September 15th, Beijing time, Apple of the United States held its new product launch conference in the fall of 2021 online, and the latest Apple mobile phone iPhone 13 was officially unveiled.

Just last year, the company's previous generation product iPhone 12 was delayed due to production capacity issues under the epidemic, which also made the iPhone 13 this year's iPhone 13 as scheduled to receive more attention.

China Galaxy Securities Research Report predicts that global shipments of the iPhone 13 series will reach 85 to 90 million units in 2021, a year-on-year increase of about 10% over the previous generation.

In order to ensure that the iPhone 13 is sold on time, Apple has also entrusted orders to upstream and downstream factories in the supply chain, and this Apple industry chain is often referred to as the "fruit chain."

Foxconn, which is responsible for the assembly of the whole machine, had to step up its recruitment efforts. For this reason, the Foxconn plant in Zhengzhou even gave out high bonuses, up to 12,700 yuan per person.

Taking the express train of Apple's industrial chain, some companies have made a lot of money.

But on the other hand, reliance on Apple as a "single major customer" has also created potential risks.

OFILM, which focuses on the manufacture of mobile phone lens modules, was once a member of the "fruit chain". 30% of the company's revenue comes from Apple's orders.

However, in March of this year, OFILM was terminated by Apple.

The revenue of other companies on the "fruit chain" is also not going back to the past.

Hu Yingqi, a professor at the School of Management of Fudan University: "Fruit Chain" companies have the risk of a single customer. For various reasons, Apple can do without you, so survival is a problem.

Your bargaining power is weak, profits are not high, and even losses.

In May of this year, Apple announced the 2020 list of global suppliers, of which 34 suppliers were eliminated.

For a long time, "fruit chain" companies have suffered from the risk of being kicked out of the Apple industry chain, and their bargaining power has also been greatly weakened.

The companies that once started with Apple are now actively looking for new ways to alleviate "Apple dependence."

In 2015, Lens Technology, a mobile phone panel manufacturer, received huge dividends from joining Apple's industry chain. Apple once contributed more than half of its revenue.

With the rise of domestic mobile phones, Lens Technology has opened up a diversified layout.

Not only took orders from Apple, but also actively cooperated with domestic mobile phones.

Today, Huawei has become the largest customer of Lens Technology.

Goertek, a manufacturer of wireless Bluetooth headsets, has been actively deploying AR/VR business since 2012, and has established itself as an industry leader in VR acoustic design and optical lens design through the establishment of joint ventures and acquisitions of foreign audio technology companies. status.

On August 26, Goertek announced its semi-annual report. In the first half of 2021, the total revenue of the smart hardware segment with VR as its core was 11.21 billion yuan, a year-on-year increase of more than twice.

Liu Xingliang, member of the Information and Communication Economics Expert Committee of the Ministry of Industry and Information Technology: Diversified transformation is an effective way for most "fruit chain" companies to alleviate "apple dependence". They are all trying to put eggs in different baskets and not be bound by apples.

The fast-growing new energy vehicle market has become another option for Guolian companies to get rid of "Apple dependence."

At present, Luxshare Precision already possesses product service capabilities such as automotive wiring harnesses and electronic modules, and its customers include auto companies such as Great Wall, BMW, and Mercedes-Benz.

GoerTek will use smart hardware as a growth point for its future performance.

At the same time, companies in the Apple industry chain such as Xinwei Communication, Wingtech, Shengli Precision, and Oufeiguang have also turned to the new energy automobile industry.

BOE surpasses Samsung to become a leader in the screen field

The achievements of "fruit chain" companies for Apple have proved the importance of a complete supply chain for the development of the industry.

Not only the mobile phone industry, in recent years, some excellent domestic manufacturing companies have also continued to emerge and have created their own complete supply chain.

Recently, some professionals disassembled Huawei's 5G mobile phone Mate40E, which was launched in March, and found that this mobile phone uses nearly 60% of domestic parts, which is more than doubled compared to Huawei's previous models.

In recent years, Huawei has developed together with a number of domestic companies, and the screen manufacturer BOE is a typical representative among them.

In the cooperation with Huawei, BOE has continuously made technological breakthroughs.

In 2020, BOE won five global firsts in the LCD market.

In the first half of this year, BOE’s operating income reached 107.285 billion yuan, successfully surpassing the 100 billion mark, and won 22.3% of global shipments, surpassing Samsung.

On September 13, CATL announced that it plans to invest 13.5 billion yuan to build a new type of lithium battery manufacturing base in Yichun, Jiangxi.

As the largest lithium battery manufacturer in China, the total market value of CATL has exceeded one trillion yuan.

In order to meet the huge downstream demand, CATL also entrusts the production of different parts of lithium batteries to manufacturers in specific fields for collaborative production.

Recently, the companies on the CATL supply chain list have released semi-annual reports, all of which have achieved profitability. Among them, the net profit of eight companies has more than doubled compared with the same period last year, and the performance of NORD shares, which is mainly engaged in the production of copper foil for lithium batteries, is the brightest. The net profit in the first half of this year was approximately 201 million yuan, a year-on-year increase of more than 12 times.

In 2019, the company has established five subsidiaries with different main businesses, collectively referred to as the "Fuddy System".