Soaring prices... The 'cost-effectiveness' prize is also the traditional market

Since the beginning of this year, prices have risen so much that many people feel burdened with shopping this Chuseok. We've been looking at ways to save money and prepare well for your holiday dinner. 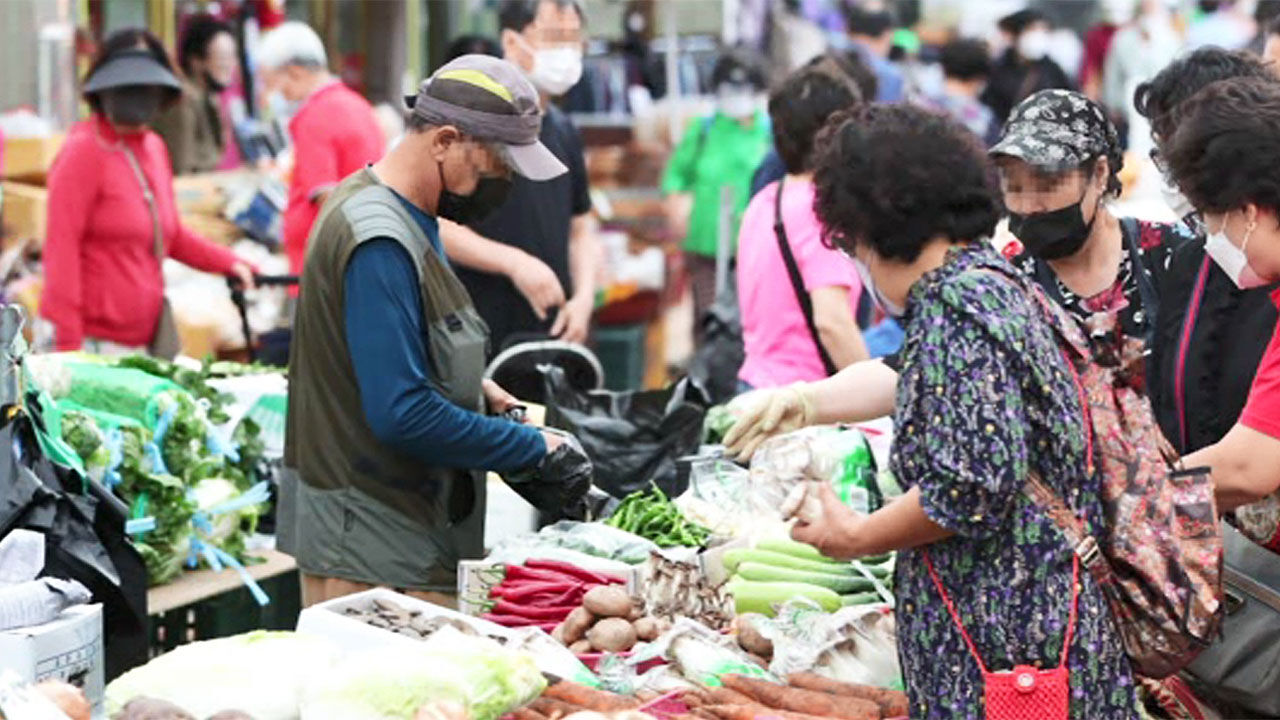 the beginning of this year, prices have risen so much that many people say that shopping this Chuseok is a burden. We've been looking at ways to save money and prepare well for your holiday dinner.

A traditional market in Seoul, it is difficult to compare with the past due to Corona 19, but it has been lively for a long time ahead of the Chuseok holiday.

[Janggye-dong / Mangwon Market Merchant: I feel the energy after a long time. I'm looking forward to this episode. Since tomorrow is a holiday, I think there will be more.]

There are many consumers who visit the market because of the high food prices.

[Yoo Jeong-ran / Mapo-gu, Seoul: (Food price) It is expensive. However, even though it is expensive, it is better than the supermarket and it is fresh, so vegetables and fish.]

How cheap it is, I bought the 10 items of Chuseok by myself.

I bought all the 10 holy items for Chuseok, such as chestnuts, apples, and Chinese cabbage, at the market, and a total of 72,600 won came out.

In fact, the results of a survey conducted by the Agro-Fisheries and Food Trade Corporation on the prices of 28 items of Chuseok this year are similar.

[Yeouijin / Korea Agro-Fisheries and Distribution Corporation Distribution Information Department: There is a big price difference between beef, spinach, wild vegetables such as bracken, bellflower, and forest products such as chestnut jujube. We recommend that you use the traditional market.]

Cooking with chicken, which has only risen by 1.6% compared to pork, which has risen by nearly 10% from last year, can increase the cost-effectiveness.

In addition, mackerel rose 17.4%, so it is better to find another fish.

The price of vegetables such as cabbage and radishes has fallen by around 50% compared to last year, when the damage was severe such as the long rainy season and typhoons, and the prices of fruits such as apples and pears are also cheaper.