80 days of incentive leave, annual subsidy of 10,000 yuan...Three-child supporting measures have been introduced in many places

China News Service, Beijing, September 18 (Gong Hongyu, Zuo Yuqing) The "three-child" birth policy has been implemented. Since June, many places have successively introduced supporting policies and measures such as childbirth, parenting, and education to encourage childbirth.   From childcare allowances to extra-long vacations and discounts on house purchases and rent...Let’s see which one stri 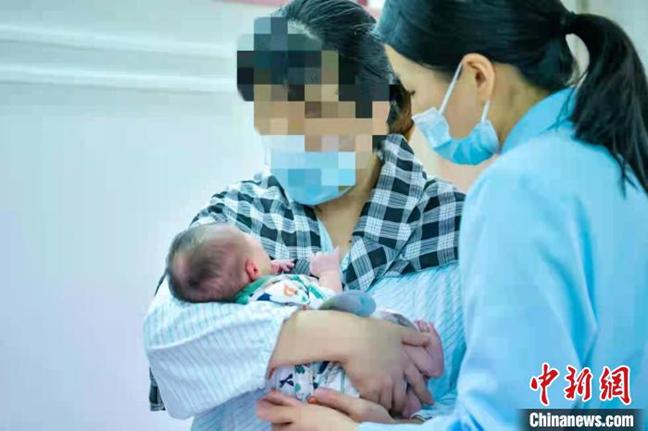 China News Service, Beijing, September 18 (Gong Hongyu, Zuo Yuqing) The "three-child" birth policy has been implemented. Since June, many places have successively introduced supporting policies and measures such as childbirth, parenting, and education to encourage childbirth.

From childcare allowances to extra-long vacations and discounts on house purchases and rent...Let’s see which one strikes you.

A mother with her child.

Childcare subsidies have been issued for 3 consecutive years

The opinion is clear. For the permanent residents of Linze who have two or three children in the county's public medical institutions, 5,000 yuan per year for the second child and

10,000 yuan per year for the third child until the child is three years old

In addition to Linze, Panzhihua City, Sichuan Province issued the "Sixteen Policies and Measures to Promote Human Resources Aggregation" at the end of July. For families registered in Panzhihua who have two or three children according to the policy, a

childcare subsidy of 500 yuan per child per month will be issued. Until the child is 3 years old

, it became the first city in the country to issue childcare subsidies.

In addition, in September, Heilongjiang Province increased the duration of maternity allowances granted by the medical insurance fund from 98 days to 158 days.

In terms of medical insurance, Gansu, Jiangsu, Anhui, Shandong, Tianjin and other provinces have issued documents that explicitly include the three-child birth expenses in medical insurance.

On August 12, the Gansu Provincial Medical Security Bureau clearly stated that from May 31, 2021, the reproductive medical expenses (including termination of pregnancy) and

be included in maternity insurance. The scope of treatment payment

shall be paid in full and in time as required.

On the 19th of the same month, Anhui Province issued a notice requesting to ensure that the cost of insured female employees giving birth to three children is included in the payment scope of maternity insurance benefits, and local medical insurance departments must pay maternity medical expenses and maternity allowances in full and in a timely manner as required.

In addition to maternity leave, give reward leave

The birth of three children can not only get allowances, but also take long vacations.

In addition to maternity leave, for couples who give birth to children in compliance with laws and regulations, the woman enjoys 80 days of incentive leave, and the man enjoys 15 days of paternity leave

Before the implementation of the new regulations, employers should provide maternity leave for employees who give birth to a third child in accordance with existing regulations.

On August 4, the Beijing Municipal Health Commission replied to a netizen’s question that those who gave birth to three children after May 31 (inclusive), in addition to the state-regulated maternity leave, are

Female employees can be given an additional one to three months of vacation with the consent of the government agency, enterprise, public institution, social organization and other organization where they work.

There are discounts for housing and renting

and give proper consideration to the choice of house types.

In the same month, Changsha, Chengdu and other cities responded to citizens’ suggestions on “releasing the purchase of second homes for second-child families”.

Among them, the Changsha Municipal Housing and Urban-rural Development Bureau stated that it is reasonable to relax the housing purchase restrictions for families with second children, and will jointly conduct in-depth research with relevant departments; the Chengdu Housing and Urban-Rural Development Bureau replied that "it will be scientifically analyzed in accordance with the national, provincial, and municipal real estate market regulation requirements. , Actively research".

In September, in accordance with the "Implementation Opinions on Optimizing the Fertility Policy in Linze County to Promote the Long-term Balanced Development of the Population (Trial)", Linze County made it clear that Linze households who have two or three children

will be given to a government subsidy of 30,000 yuan when purchasing commercial houses in central market towns, Tunquan Town, Danxia Kangyang Village and other concentrated residential areas. When the government allocates public rental housing, it will give priority to families that meet the housing security requirements and have minor children. (over)