Chinanews client, Beijing, September 15th (Reporter Li Jinlei) September 15th, China's economic data for August was released.   On the whole, the year-on-year growth rate of major economic indicators in August has slowed down. However, the National Bureau of Statistics stated that "the resilience of the national economy continued to show in August."   Why did the growth rate of major economic 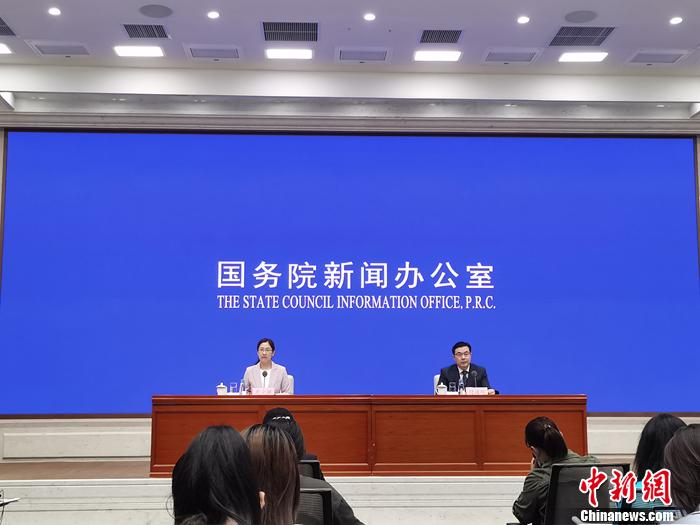 On the whole, the year-on-year growth rate of major economic indicators in August has slowed down. However, the National Bureau of Statistics stated that "the resilience of the national economy continued to show in August."

Why did the growth rate of major economic indicators fall?

Where is the development resilience?

Let's see it together.

On September 15, the State Council Information Office held a press conference on the operation of the national economy in August 2021.

The impact of the epidemic's flood situation appears

At the press conference held on the 15th, the decline in consumption growth was the most concerned issue, and reporters asked relevant topics many times.

Specifically, in August, the total retail sales of consumer goods was 3,439.5 billion yuan, a year-on-year increase of 2.5%, a decrease of 6 percentage points from the previous month.

Why has the consumption growth rate dropped sharply?

Mainly affected by the epidemic and flood.

Fu Linghui, a spokesperson for the National Bureau of Statistics, responded that due to the frequent occurrence of the epidemic and the reduction of residents' travel, summer consumption will be affected to a certain extent.

Among them, catering revenue fell by 4.5% year-on-year in August and increased by 14.3% last month. The growth rate of retail sales of goods has also fallen, and the growth of overall retail sales has fallen.

In addition to the impact of the flood and epidemic, the decline in the growth rate of total retail sales of social consumer goods is also due to the increase in the base figure in the same period last year.

The data shows that the growth rate of the total amount of social zeros last year turned from a decline to an increase for the first time in August last year, and the rebound rate reached 1.6 percentage points.

Although the growth rate of major economic indicators has fallen, China's economy is still showing resilience. The following indicators are worth paying attention to.

From the perspective of employment, the employment situation remains generally stable.

From January to August, the surveyed unemployment rate in cities and towns across the country averaged 5.2%, which was lower than the expected target of the macro-control for the whole year.

Fu Linghui said that an outstanding situation in August was that the youth unemployment rate dropped significantly. The unemployment rate for young people aged 16-24 was 15.3%, a decrease of 0.9 percentage points from the previous month, indicating a series of stable employment and protection of college students. Employment policies have continued to produce results.

In terms of prices, consumer prices have maintained a moderate increase.

From January to August, consumer prices rose by 0.6%, which was also lower than the expected target of the macro-control for the whole year.

Among them, the month rose by 0.8% in August, 0.2 percentage points lower than the previous month.

Accelerated growth in imports and exports of goods

Data show that in August, the total value of imports and exports of goods was 3,429.3 billion yuan, an increase of 18.9% year-on-year, an acceleration of 7.4 percentage points from July.

Fu Linghui judged that from the next stage, there are still many favorable factors for the rapid growth of the import and export trade of goods, including the overall recovery of the world economy, the relatively complete industrial system in my country, the relatively strong supporting capabilities, and the comparison of overall production conditions. Good, it is conducive to the export of enterprises, and the effect of stabilizing foreign trade policy will continue to be effective, and so on.