China News Service, Xiamen, September 10 (Reporter Lin Chunyin, Zheng Jiangluo, Yan Xu) The 21st China International Fair for Investment and Trade (referred to as the "CIFIT") continued on the 10th in Xiamen. Under the “epidemic” of the global war, China is attracting RCEP member states to seek cooperation with the “golden key” of the CIFIT and recast the “new key” to sustainable recovery and de 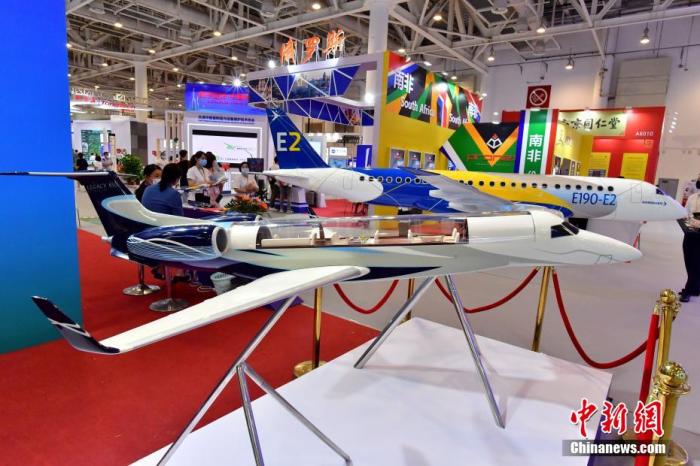 Under the “epidemic” of the global war, China is attracting RCEP member states to seek cooperation with the “golden key” of the CIFIT and recast the “new key” to sustainable recovery and development.

The picture shows the guests visiting the Embraer Pavilion at the CIFIT.

The ten ASEAN countries and China, Japan, South Korea, Australia, and New Zealand signed the RCEP (Regional Comprehensive Economic Partnership Agreement) in November 2020. Although the agreement is less than one year old, the prospect of covering a consumer market of 2.3 billion people is a post-epidemic period The ASEAN brings vitality.

Agriculture has risen to become the "upstart" of the Philippines, the country of honor at the CIFIT, in absorbing Chinese investment.

"RCEP is a good new starting point." The Deputy Minister of Agriculture of the Philippines, Kabarore, said in a video promotion that RCEP's zero-tariff preferential treatment will heat up the export trade of agricultural products such as bananas and mangoes and fishery processing, and help the Philippines and China to achieve a win-win cooperation.

The "innovation" gene in China's "14th Five-Year Plan" and economic "double cycle" has become an opportunity for ASEAN to seek a "complementary relationship" with China.

“It’s even stronger in a strong partnership.” Ramon Lopeci, Minister of Trade and Industry of the Philippines, said in a video promotion that it will provide tax incentives for online retail, telemedicine, and digital payment. A nation with a talent for story", the Philippines also looks forward to in-depth cooperation with the Chinese film and television industry.

Thailand has invested heavily in the construction of the Eastern Economic Corridor (EEC) on the east coast, which has attracted overseas investors including Huawei and JD.com.

Ma Jiahan said that the mutually beneficial cooperation of RCEP will help deepen the connection between China's “One Belt One Road” initiative and the construction of Thailand’s Eastern Economic Corridor for friendly and co-prosperity.

The picture shows the guests visiting the Silk Road Maritime Exhibition Hall of the CIFIT.

The "Bilateral Double Park" project, which was expected by the Indonesian ambassador to China, Zhou Haoli, to become a "connector of industries between the two countries" was also accelerated due to the high-level meetings at the CIFIT.

Indonesia’s Minister of Oceans and Investment Coordination, Luhut Banchaidan, pointed out that Indonesia is accelerating the construction of the “two-state park” for cooperation between the country and China, and in-depth cooperation in infrastructure, digital economy, and green energy.

Guo Ningning, deputy governor of Fujian Province, stated that Fujian will build cooperation platforms around key industries such as ocean, food, building materials, energy, aviation, and electronics, and continue to promote the docking and early completion of the "Two Parks" project between China and Indonesia, and create RCEP cooperation. Demonstration Area.

The Fujian Provincial Department of Finance has launched 8 measures to promote the high-quality development of "Silk Road Investment". It also supports investment in projects along the "Belt and Road" and key areas such as RCEP, as well as provincial enterprises participating in the construction of "Two-State Park" overseas parks. , Enterprises that settle in overseas parks for investment will be given incentives and support policies.

On September 8, the 21st China International Fair for Investment and Trade (referred to as "CIFIT") opened in Xiamen, Fujian.

With the theme of "New International Investment Opportunities under the New Development Pattern", this year's CIFIT will have more than 100,000 square meters of exhibition space and will host more than 30 important conferences, forums and seminars, and more than 800 economic and trade delegations from nearly 100 countries and regions. Group, more than 5,000 companies will participate in online and offline exhibitions, and the number of participants is expected to exceed 50,000.

At the CIFIT, "Silk Road Shipping" announced its expansion and emphasized digital empowerment. The number of named routes has reached 80 and the number of alliance members has exceeded 200.

Thanks to the "Silk Road Shipping", a golden waterway that reaches 99 ports in 27 countries and regions, the global industrial chain and supply chain that were once blocked by the epidemic can effectively enhance operational resilience.

According to data, the "Silk Road Maritime" route, which started in 2018, has so far carried out more than 6,000 voyages and completed a throughput of more than 6 million TEUs.

"Silk Road E-commerce" has also built a "digital channel" that is ready to go overseas.

Fei Qinqin, head of business of Lazada platform under Alibaba, which is based in the Southeast Asian market, said that ASEAN is a very important sector in international e-commerce.

At present, "Silk Road Shipping" has been written into China's "14th Five-Year Plan". In the future, it will realize joint development with China-Europe Express and the new western land-sea corridor to further expand its influence.