7 provinces announced salary guidelines for 2021! Have you raised your salary?

Sino-Singapore Jingwei Client, September 11 (Dong Xiangyi) Recently, Shanxi announced the company's salary guideline. According to incomplete statistics from Sino-Singapore Jingwei Client, this year, Shanxi, Shandong, Jiangxi, Shaanxi, Tianjin and other 7 provinces The districts and municipalities have issued guidelines for corporate wages in 2021. It is worth noting that there are no wage guide 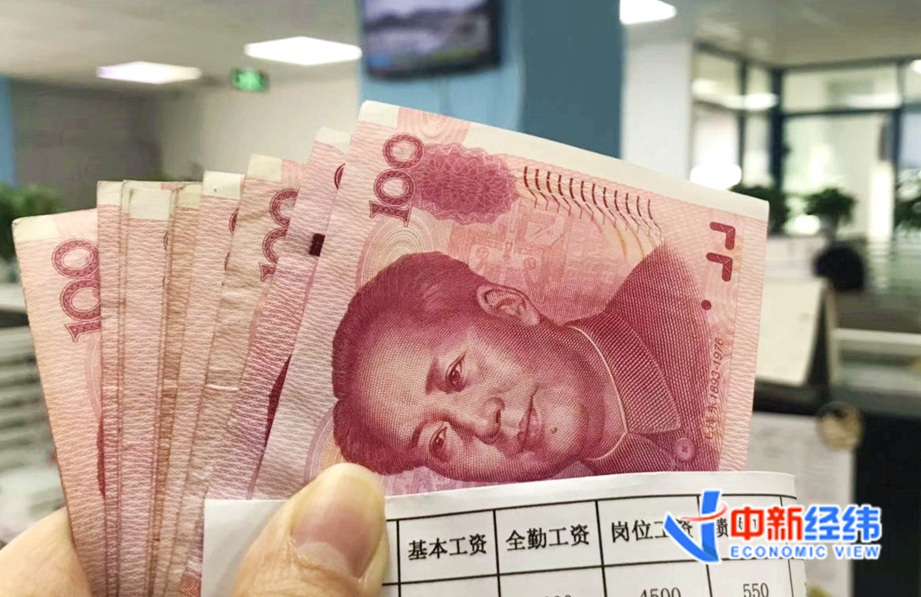 It is worth noting that there are no wage guidelines in many places.

The so-called corporate wage guideline system is the government’s recommendations on the level of annual wage growth issued to companies in accordance with the economic development control objectives of the year.

It consists of a baseline, an upper line (also known as an early warning line), and a lower line.

It is not mandatory, but it can be used as a reference for the collective negotiation of wages between enterprises and employees and for determining the level of wage growth.

Recently, Shanxi’s 2021 corporate wage guidelines have been announced. The baseline is 8%, the upper line is 12%, and the lower line is 4%.

The wage guideline is applicable to the wage distribution of employees on duty in all enterprises in Shanxi Province, and guides the reasonable increase in wages of employees.

Shandong has made it clear that in 2021, the monetary wage growth baseline for corporate employees is 7%.

According to the requirements of the State Council and the provincial government on reforming the wage determination mechanism of state-owned enterprises, the base of the guideline for corporate wages is 97379 yuan for the national average wage of non-private employees in urban non-private units in 2020; the monetary wage growth of corporate employees will no longer be released online and offline.

The Shaanxi Provincial Department of Human Resources and Social Security issued the 2021 corporate wage guideline, clarifying that the corporate monetary wage growth baseline is 7.5%, and the downline is 3.5%, which is applicable to the wage distribution of various enterprises in the province.

The Tianjin Municipal Bureau of Human Resources and Social Security released the city's enterprise wage guideline for 2021, with a baseline of 7% and a lower line of 3%.

According to Xinjiang Daily, the salary guideline for enterprises in the autonomous region in 2021 has been determined and released.

In 2021, the benchmark for wage growth in enterprises in the autonomous region is a 5% increase in the average monetary wage of employees, an increase of 6.5% on the upper line, and a lower line of 1.5%.

It is worth noting that, centering on “continuously improving people’s livelihood and well-being, and solidly promoting common prosperity”, some provinces solicited opinions from the society on the corporate wage guidelines. The Jilin Provincial Department of Human Resources and Social Security recently issued a notice on corporate wage guidelines in 2021 (soliciting comments) Draft) proposed that the proposed baseline is 6%, the upper line is 8%, and the lower line is 3.5%.

How does the adjustment of the wage guideline affect "beating workers"?

What impact will the wage guideline adjustment have?

Yang Baoquan, senior partner of the Bank of China Law Firm, told the Sino-Singapore Jingwei Client that the government can monitor the growth of total wages and wage levels by implementing wage guidelines, so that wage growth can be coordinated with economic benefit growth, which is beneficial to the government’s macroeconomics. Achievement of regulatory goals.

Yang Baoquan stated that through the pilot wage guideline system and the establishment of a wage growth warning line (online), it can largely slow down the phenomenon of high wages and excessive growth in monopolistic enterprises or industries, and help alleviate the excessive income gap among employees. To guide the rational flow of labor.

In addition, the wage guideline is also the basis for handling labor disputes.

Many "hitting workers" are concerned about the adjustment of the wage guideline. Will wages definitely increase?

Professor Sun Zhongwei from the School of Politics and Public Administration of South China Normal University told the Sino-Singapore Jingwei Client, “The salary guideline is of reference value. Whether the company adopts it is mainly based on the company’s operating status, salary affordability, industry average level and internal remuneration system. Salary adjustment.” (China-Singapore Jingwei APP)