The Irish airline Ryanair, leader in traffic in Spain, has asked the Government to approve an incentive plan that includes a reduction in airport charges, so that ... 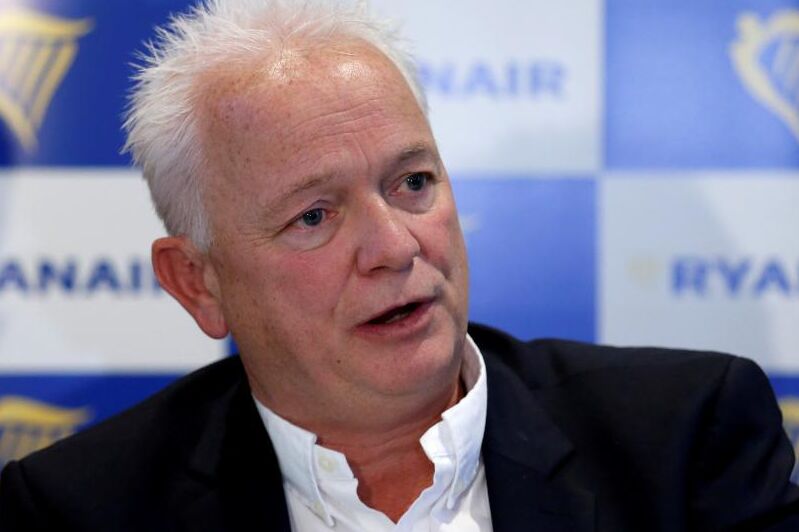 The Irish airline Ryanair, the leader in traffic in Spain, has asked the Government to approve an incentive plan that includes a reduction in airport charges, so that "

and to stimulate demand and recover connectivity and traffic lost after the pandemic.

This has been requested at a press conference by

the CEO of the low-cost airline, Eddie Wilson,

who has criticized the public aid granted to "companies that were already doing badly", in reference to the bailouts approved by the Government to Air Europa and Plus Ultra and managed by Sepi.

Specifically, he has referred to the first, whose purchase by Iberia is pending approval from Brussels.

He has criticized that the Government "continues to invest, with aid, in a company that we know has failed."

asked for its slots (the sections that correspond to take off and land) in case it finally ends up integrating with Iberia.

have to free up slots, with the merger, to stimulate recovery and competition," he said.

Wilson has warned the Government that

Spain may lose positions as a tourist market

if it does not encourage this traffic.

He recalled that our country competes with the rest of the member states to capture this capacity and there are already airports that are giving incentives to companies, such as Greece, Stockholm or Helsinki, and

"we do not want Spain to lose opportunities".

does the Government create a fund of 10,000 million to rescue companies whose businesses have failed and cannot lower Aena's rates

, which is a measure accessible to all airlines?", The manager asked.

"That is the strategy that the Government of Spain has to follow," he added.

"Spain has the necessary infrastructures, but the Government has to realize that, instead of putting money in Air Europa, which was in a difficult situation,

there are airlines, such as Ryanair, that could fill the void left by others."

The manager wanted to highlight the role of the airline in Spain.

It is the one that moves the most traffic, "the one with the best balance" after this year and a half of pandemic.

This summer it has operated 600 routes and has recovered 80% of capacity compared to 2019.

The airline has also announced

its flight schedule for this winter

, in which it expects to recover its pre-pandemic capacity, reach 100 million passengers (globally)

From Barajas it will open new ones to La Palma, Lisbon, Turin or Bristol, among others.

They have forecasts until 2026, when they expect to reach 200 million passengers in total.

"Ryanair leads the recovery of Spain with zero public aid," he insisted.

Ryanair's workforce in Spain is around 40,000 people.

None is already in the ERTE situation.

TourismThe concern about losing the UNWTO headquarters reaches Europe: "It is unthinkable that it is not in Spain"