Pay with Bitcoin. El Salvador ignores all warnings and today becomes the first country in the world to accept it as legal tender

El Salvador takes this Tuesday a giant step towards economic uncertainty by becoming the first country in the world to adopt bitcoin as legal tender ... 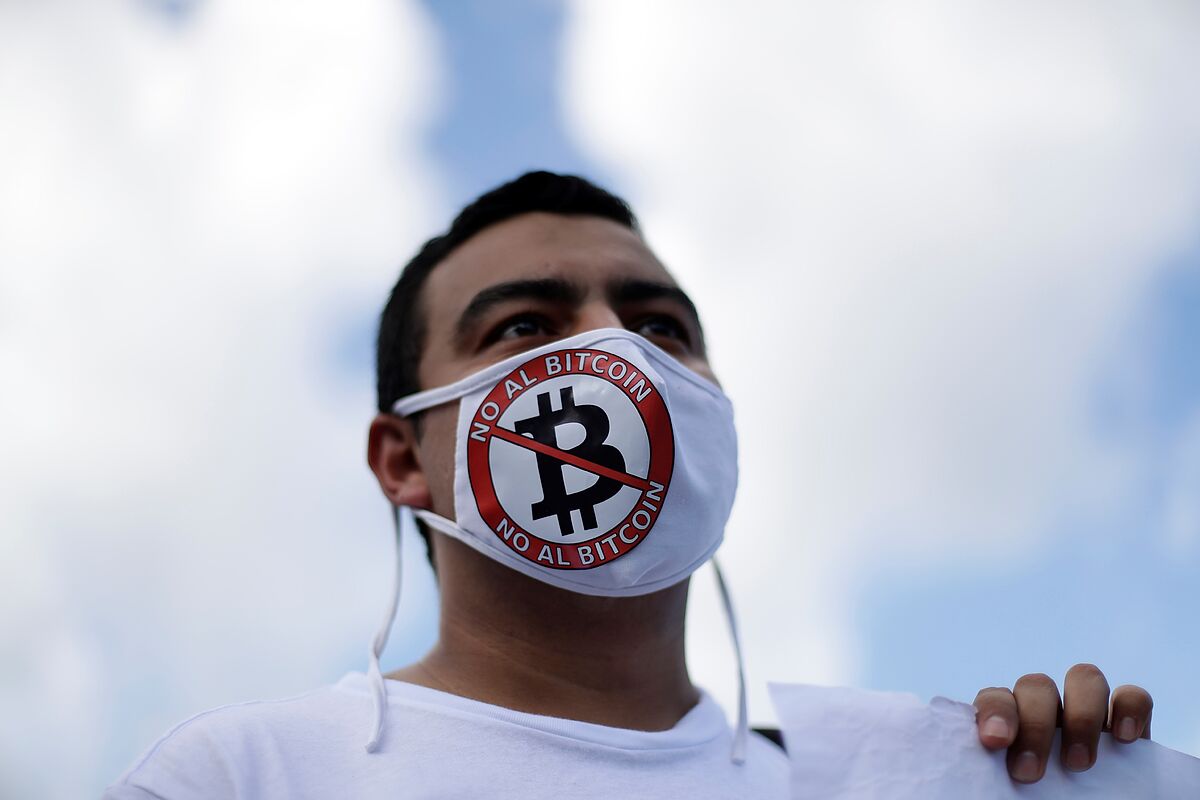 first country in the world to adopt bitcoin

as legal tender. It will coexist with the US dollar, which replaced the colon 20 years ago in the Central American country of 6.5 million inhabitants. Despite the protests of hundreds of young people in recent weeks, cryptocurrency is already a reality since Tuesday, thanks to the

approved on June 8 in the Legislative Assembly, where the party of the President of El Salvador,

has the majority. There is no turning back. From now on, "every economic agent must accept bitcoin as a form of payment when it is offered to him by whoever acquires a good or service."

intends to achieve a 25% increase in GDP

, as well as generate more employment and, above all, eliminate remittance fees sent by the more than 2 million Salvadoran migrants, mainly from the US and representing 20 percent of GDP. All are advantages for Nayib Bukele, who through a tweet has sold the benefits that the cryptocurrency will have, among which "generating foreign investment" stands out.

"At no time will it affect anyone," said Bukele, who has wanted to eliminate all "uncertainty, confusion and doubts" to his initiative by giving away $ 30 in its equivalent to bitcoins to those who download the electronic wallet for free on their phone or ' wallet ', called' CHIVO '. Likewise, residency will be granted to foreigners who invest three bitcoins in El Salvador. The president thus intends "to promote the use of bitcoin in the economy and that people have an incentive to download the application so that in this way the system can start." Only this time it will be impossible to convert the cryptocurrency into dollars to extract them at an ATM.

"Everyone is going to have bitcoins, even the one who sells coconuts," he highlights, while wanting to make it clear that "it is not mandatory" to make transactions in cryptocurrencies, although all businesses and establishments must accept payment in bitcoins and then do so. they will be able to receive in dollars. Bukele gives as an example the European tourist who pays in euros in a restaurant in El Salvador, but the money is received in dollars. Therefore, it insists that the use of the digital currency will be "optional".

"Nobody is going to receive bitcoins if they do not want it," he clarifies, but he will be obliged to offer the possibility that whoever wants it can pay in this currency, whose value and change in relation to the dollar is not marked by the Government, but by itself market.

Currently, bitcoin, which is the most valued cryptocurrency in the world market,

, although its fluctuation is unpredictable.

Precisely, this lack of control over the digital currency is what generates suspicions among part of the population that opposes the entry into force of the Law and asks that it be repealed, considering that it

is going to be used to launder money

and that a large part of the people living in poverty will not have access to this digital currency. One of the main detractors of this initiative is a young computer scientist named

, who was arrested this Wednesday after having warned on social networks about the risks of using bitcoin, although hours later he was released accused of financial fraud for having created According to the police, "fake emails sent to many users of the banking system."

The reality is that

there is a total ignorance

of what the arrival of bitcoin will mean for the Salvadoran economy, which until now was used by 50,000 people in this country, according to Bukele. The coastal area of ​​El Zonte, a small fishing village, was the first to accept the payment of bitcoins two years ago in its shops and in the payment of salaries and has been set as an example of success by the President. However, a survey conducted by the

reveals that eight out of ten people do not know what it is equivalent to or gave wrong answers, while seven out of ten have the wrong idea of ​​what this currency is.

has already warned of the "significant risks" that the use of cryptocurrency has, while the risk rating agency

has warned that its adoption may make it possible to violate laws against money laundering and allow the financing of terrorism.

Despite criticism, the Legislative Assembly has continued with its project and last week approved, as established by law,

the creation of a trust of 150 million dollars

(128 million euros) to guarantee the automatic convertibility of bitcoin to the dollar. .

At the same time, the Executive has installed

to convert this currency into US dollars and thus be able to withdraw them in cash.

In this way, Bukele faces the "black campaign" against his initiative and emphasizes that no one will "cheat" the population as was done in 2001 with the adoption of the dollar that eliminated the colon forever.

The recovery race (VII) From Mexico to Argentina: the region hardest hit by Covid in the world struggles to stand up

Historical dataThe 'gazelles' of the Andalusian 'sorpasso' to Catalonia

Ibiza 2021Roto Ibiza: the island's 'place to be' where you can "dance sitting down" and pay with cryptocurrencies