Digital excitement: what led to sharp fluctuations in the price of bitcoin

On Tuesday, September 7, the Bitcoin price reached its highest level in the last four months, after which it fell 16%. The fluctuations in the exchange rate intensified after the news about the recognition of the cryptocurrency as an official means of payment in El Salvador. Local authorities expect the initiative to open up new business opportunities and attract tourists. However, experts warn about the risks of such a decision and doubt that most other states will follow the example of the republic. Meanwhile, Russia is not yet ready to recognize bitcoin as a means of payment, said the presidential press secretary Dmitry Peskov on Tuesday. According to him, such a step will bring nothing but harm to the economy. 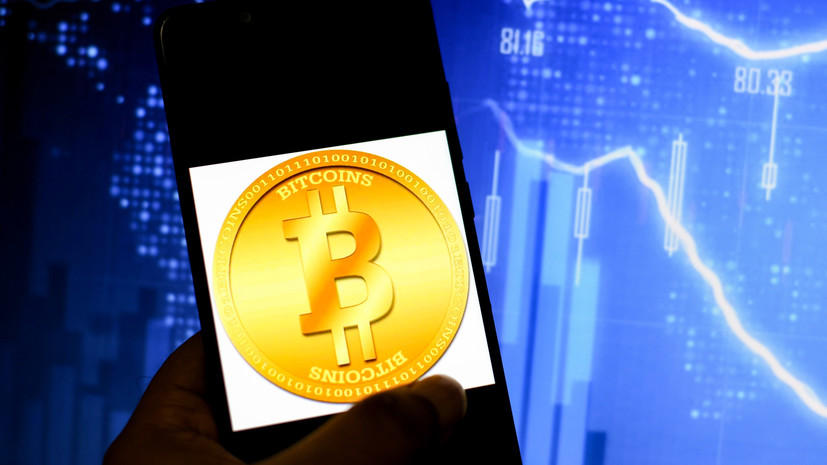 On Tuesday, September 7, trading on the global cryptocurrency market is accompanied by sharp fluctuations in the bitcoin rate.

In the first half of the day, the electronic coin rose in price by more than 2% - to $ 52.85 thousand. The value became the highest since mid-May.

However, in the evening the value of a digital asset plummeted (by 16%) and dropped to $ 43.3 thousand. Such data are provided by the CoinMarketCap portal.

As the head of the data analysis department of CEX.IO Broker Yuri Mazur noted in a conversation with RT, at the beginning of trading, investors reacted positively to the message about the official recognition of bitcoin as a means of payment in El Salvador.

The corresponding law was approved at the beginning of June and officially entered into force on September 7.

“Market participants feared that the country's authorities would not yet be able to create an infrastructure for cryptocurrency.

Overcoming this risk, of course, sparked a surge of interest from investors.

However, the observed excitement turned out to be unstable.

The crypto market is characterized by dynamic movements, therefore, a sharp rise and subsequent correction by more than 10% fit well into the intraday logic, ”Yuriy Mazur believes.

According to the President of El Salvador Nayib Bukele, the republic's authorities have already purchased 550 bitcoins and are planning to buy even more cryptocurrencies in the near future.

The country's leadership expects that the use of digital coins will open up more business opportunities, reduce financial costs and attract tourists.

“As with all innovation, it will take some time to gain experience with bitcoin in El Salvador.

These are all the ways of progress, the result cannot be achieved in a day or a month.

But we must get rid of the models of the past.

El Salvador has the right to move on the path of becoming a first world country, ”said Nayib Bukele.

First of all, the decision of the El Salvadorian authorities to recognize bitcoin as an official means of payment will simplify cross-border transfers.

This point of view in a conversation with RT was expressed by the leading strategist of EXANTE Janis Kivkulis.

This amount is equivalent to about 23% of the republic's GDP.

The introduction of bitcoin ATMs, according to the authorities, should save the population $ 400 million a year, ”the expert said.

According to Yuri Mazur, an additional inflow of investments into the country can bring a certain benefit to the economy from the initiative.

Moreover, if the republic has an opportunity to exchange bitcoins for US dollars, this will attract curvy tourists and businesses that focus on digital assets, the analyst is sure.

“It should be noted that for a long time El Salvador did without its own national currency, replacing it with the American dollar.

Due to the fact that a significant part of the country's GDP is based on international transfers, bitcoin looks like a completely rational way to reduce dependence on the dollar, but at the same time maintain the flow of transfers to the country, ”added Mazur.

At the same time, the decision of the authorities risks leading to an increase in the share of the shadow sector in the economy, says Janis Kivkulis.

In addition, as the specialist emphasized, the population of El Salvador for the most part does not trust bitcoin due to strong fluctuations in the cryptocurrency rate.

Also, the country still has weak Internet penetration, which makes it difficult to access digital coins, the analyst added.

With an eye on the risks

According to Yuri Mazur, over time, some other countries with weak national currencies may follow the example of El Salvador.

First of all, we can talk about the states of Latin America.

Meanwhile, most economies are unlikely to take such a step in the foreseeable future, said the head of the investment department of ICB Fund Aaron Chomsky.

"Other states will not want to give up their monetary sovereignty, leaving the algorithm to influence what is happening in the economy and abandoning monetary policy instruments," Chomsky explained in a conversation with RT.

Note that Russia is currently not ready to recognize bitcoin or other cryptocurrencies as an official means of payment.

This was announced on Tuesday by the press secretary of the President of the country Dmitry Peskov.

According to him, "there is not the slightest reason for such a decision."

"Such quasi-currencies are not backed by anything ... De facto, equating them with monetary instruments, of course, can do nothing but harm to the financial economic system, if we are talking about full recognition as a means of payment," Peskov said during a conversation with journalists.

As suggested by Janis Kivkulis, replacing the ruble with bitcoin could create serious uncertainty about the prospects for the Russian economy.

This state of affairs, in turn, would scare investors and lead to a large-scale capital outflow from the country, the analyst said.

Moreover, if the cryptocurrency is recognized as an official means of payment, the Central Bank risks losing control over the money supply, said Yuri Mazur.

According to him, in this case, the threat of the emergence of gray schemes and financial crimes will grow.

“The positive qualities of cryptocurrencies are likely to be taken into account in the digital ruble, which is currently being developed by the Central Bank.

At the same time, operations will be controlled by the regulator, and the risk of a threat to the financial system will be leveled, ”Mazur concluded.