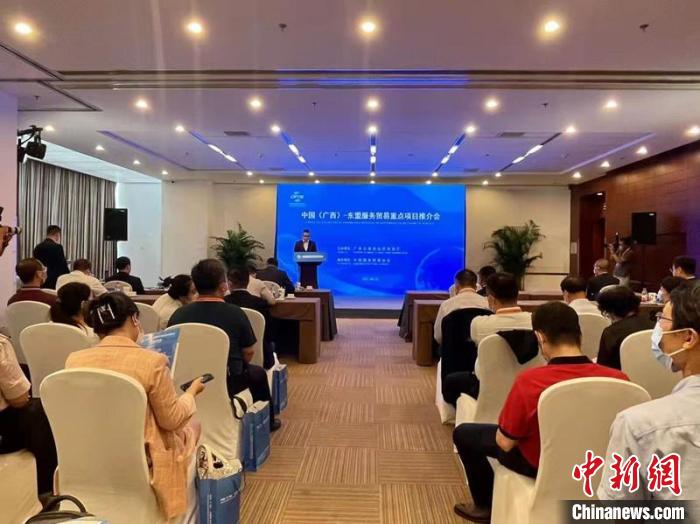 On September 4, the Guangxi Department of Commerce introduced that during the 2021 China International Service Trade Fair, the China (Guangxi)-ASEAN Service Trade Key Project Promotion Conference will be held in Beijing.

The promotion conference adopted a combination of online and offline methods, attracting nearly a hundred business associations and business representatives, including many ASEAN merchants, to participate in the conference, negotiate and exchange, and reached a batch of preliminary cooperation intentions.

The theme of this promotion conference is "Highlight the construction of Guangxi's open channels, promote the export of digital industry, logistics, medical, tourism and other service trade, and build an open and cooperative highland for ASEAN", to show the participating enterprises the advantages of Guangxi and ASEAN's service trade development , Especially the results of cooperation in key areas of service trade such as medical care, tourism, digital economy, logistics, etc., to the Guangxi Pilot Free Trade Zone, digital trade and cross-border logistics, the construction of new land-sea corridors in the west, the Fangchenggang International Medical Open Pilot Zone, and China-ASEAN Information The key areas and projects of service trade such as Hong Kong will be explained and recommended.

At present, the number of open ports in Guangxi has increased significantly, reaching 22; the ports have achieved full coverage of five types of ports, including seaports, inland rivers, highways, aviation, and railways, making them a rare full-type port province in the country.

Zhu Guangyao also stated that RCEP, as the world’s largest free trade zone, officially set sail, marking that China-ASEAN relations have ushered in a broader development prospect. He hopes that Guangxi will make good use of the platform of the Service Trade Fair to promote the realization of Guangxi and ASEAN’s service trade. develop.

Zhang Wei, chief expert of the China Association for Trade in Services, said that Guangxi, which is based on the unique location of "one bay with eleven countries and benign interaction between east, middle and west", is currently developing well in service trade. He suggested that Guangxi should enhance investment cooperation with ASEAN members. , To build a regional digital trade cooperation center, to build an open financial portal for ASEAN, and to make good use of the RCEP agreement will bring new opportunities and new impetus to the development of Guangxi's service trade.