Eye-opener! The digital renminbi still has these new ways to play! 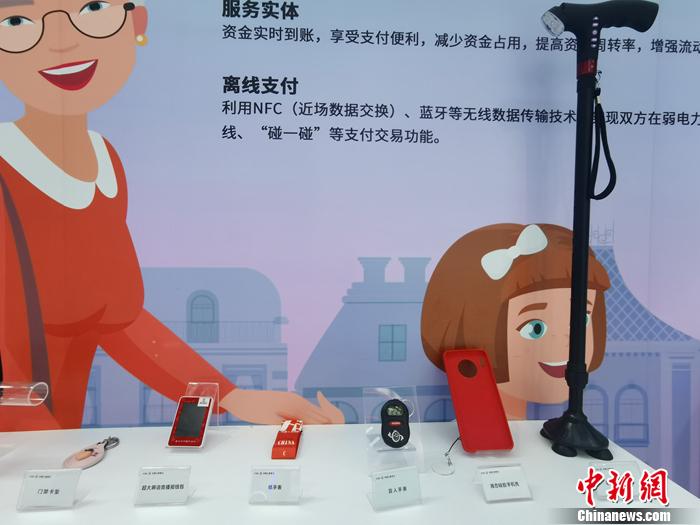 It turns out that the digital renminbi can still be used in this way.

Digital RMB can also be used on crutches

Do you think that digital renminbi can only be used with a mobile app?

That would be very wrong.

It can be hidden in smart crutches, watches, access card pendants... I didn't expect it.

The smart crutches for the elderly displayed at the Service Trade Fair are not simple, they can be used to swipe digital renminbi.

It turned out that a digital renminbi hard wallet was implanted in the position of the crutch handle, which can be paid with a single touch.

In addition, many digital renminbi wallets that can be worn were also displayed at the scene, such as bracelet wallets, glove wallets, watch wallets...

This is because chips are embedded in these wearable devices.

Another example is the glove wallet, which can meet the needs of convenient payment during winter sports. In ski resorts or skating rinks, athletes and tourists wearing gloves can complete digital RMB payment with a single touch.

Maybe many elderly people are worried that they can't see the balance in the card and feel uneasy. It doesn't matter, there is a hard wallet with a visual card.

This kind of video card hard wallet is about the same size as a bank card, but the difference is that there is a small window on the card surface, which can display the transaction amount and balance. The elderly can carry it with them. It is as convenient as using cash. You can see the spent at a glance. How much.

Moreover, some video card hard wallets are also loaded with the health treasure status query function, which is very convenient for the elderly.

Can be used to take the subway

Digital RMB can be used in quite a few scenarios.

According to the "White Paper on China's Digital Renminbi Research and Development Progress", as of June 30, 2021, there have been more than 1.32 million digital yuan pilot scenarios, covering life payment, catering services, transportation, shopping and consumption, government services and other fields.

The Service Trade Fair demonstrated the use of digital renminbi to pass through subway gates. In fact, this situation has already landed.

With the support of digital technology, the scene also demonstrated the new function of digital renminbi to "unlock" shared bicycles.

Based on the NFC payment function of the smart SIM card digital renminbi hard wallet, there is no need to connect to the Internet, open the mobile phone App, and do not need to bind a bank card. The mobile phone can switch the bicycle with one touch and complete the payment simultaneously.

Have you used a digital renminbi?