China-Singapore Jingwei Client, September 3 (Zhang Meng) A few days ago, the Zhuge Housing Search Data Research Center released the "August National Report on Average Rental Prices in Large and Medium Cities" (hereinafter referred to as the "Report"). The "Report" shows that 40 cities , The number of cities fell 31, an increase of 12 from July. Average rents in large and medium cities across th 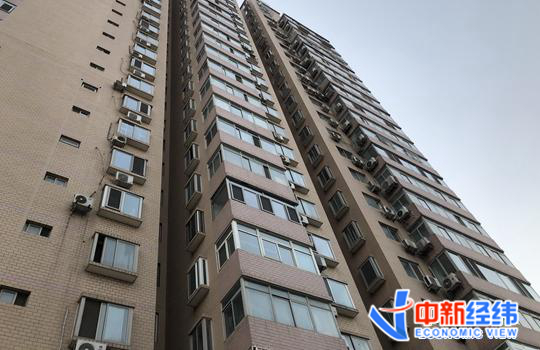 China-Singapore Jingwei Client, September 3 (Zhang Meng) A few days ago, the Zhuge Housing Search Data Research Center released the "August National Report on Average Rental Prices in Large and Medium Cities" (hereinafter referred to as the "Report"). The "Report" shows that 40 cities , The number of cities fell 31, an increase of 12 from July.

According to the "Report", in August, the average listed rental price in large and medium-sized cities across the country was 35.85 yuan/sqm/month, a decrease of 0.23% from the previous month and a year-on-year increase of 1.94%, and the rate of increase narrowed by 0.61 percentage points.

According to the analysis of Zhuge Housing Data Research Center, entering 2021, the call of "Chinese New Year in situ" will be superimposed on the market to enter the employment recovery period after the epidemic disappears, and the rent level will continue to rise since the beginning of the year. Entering June and July, the effect of "graduation season" will be superimposed on leasing. With the support of favorable policies, the increase in rents has expanded significantly. The average rent in July reached the peak of the year. Turning to August, the peak season effect gradually weakened and rental demand decreased, leading to a trend of halting rents and turning down rents.

It is expected that next, as the market gradually enters the off-season, the rent level may stabilize.

Chengdu's rents fell the most month-on-month

According to the monitoring data of the Zhuge Housing Search Data Research Center, from the perspective of the number of rising and falling cities, among the large and medium-sized leasing cities in the country, the average rent price has increased in 9 cities, and the number has decreased by 12 compared with the previous month. The average increase is 1.21%, and the increase has narrowed. 0.33 percentage points; 31 cities fell, an increase of 12 from the previous month, with an average decrease of 0.71% and an increase of 0.36 percentage points.

On the whole, the number of rising cities has dropped sharply from the previous month, and the number of cities with falling rents accounted for the main market share. The peak season effect has gradually faded, and the rental demand has decreased significantly, leading to a decline in rental levels.

From the perspective of cities that have increased month-on-month, the top 5 cities with month-on-month rent increases in August are Baoding, Hangzhou, Quanzhou, Shanghai, and Luoyang, which increased by 2.31%, 2.29%, 2.22%, 1.72%, and 0.94% respectively.

From the perspective of year-on-year changes, the performance of the five cities is still relatively active. The rents in the four cities have increased by more than 5% year-on-year. Among them, the rent in Quanzhou has increased by 10.41% year-on-year, and the year-on-year increase in Baoding, Shanghai and Hangzhou is 8.35%, 6.23%, and 5.22% respectively.

The Zhuge Housing Research Center pointed out that, overall, the city has been relatively stable in improving the rental security system and increasing housing supply. The housing supply tension has been eased, resulting in a downward trend in rents, and the decline in rental levels in cities such as Chengdu and Beijing. The magnitude is larger.