Owners of electric cars said that they “suffer when accidents occur to their cars, the length of the repair period, which extends to two months, due to the lack of spare parts at the repair shops, in addition to the failure of insurance companies to provide a replacement car, except for a period of only 10 days.” They added that “there are no Direct agencies for companies 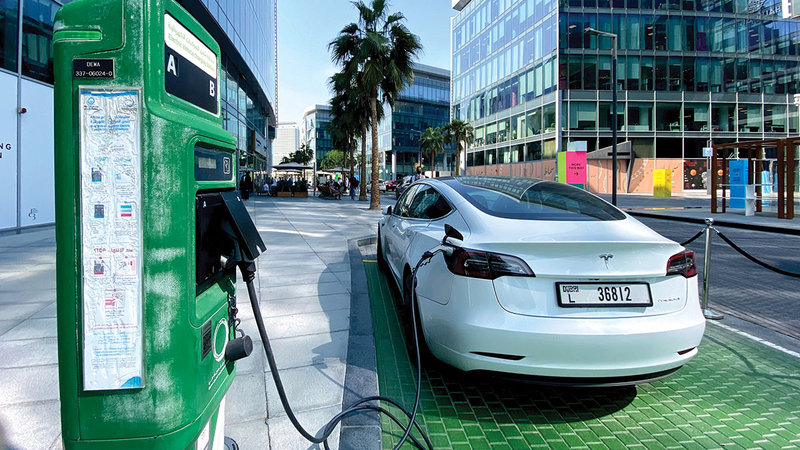 Insurance official: The absence of agencies extends the period of vehicle repair

There is a strong trend in the UAE towards using clean energy and encouraging individuals to own electric cars.

Owners of electric cars said that they “suffer when accidents occur to their cars, the length of the repair period, which extends to two months, due to the lack of spare parts at the repair shops, in addition to the failure of insurance companies to provide an alternative car, except for a period of only 10 days.”

They added that "there are no direct agencies for electric vehicle manufacturers within the country, which may provide spare parts permanently and immediately, as agencies outside the country choose specific repair workshops, and the latter does not import spare parts except when the accident occurs and according to the required piece, which delays repair period.

They explained to "Emirates Today" that "there is a strong trend from the state towards using clean energy, encouraging individuals to own electric cars, and providing charging stations that spread in many parts of the country, so there are supposed to be solutions to the problems facing car owners when an accident occurs." .

They also called for amendments to the unified car insurance policy, to allow keeping pace with the development in the use of electric vehicles.

For his part, CEO of Al-Wathba Insurance Company, Bassam Gilmiran, said that “companies are obligated to repair electric cars, just like other cars that run on conventional fuel, and according to the Insurance Authority’s system of the new unified car insurance policy, an alternative car is granted to the insured for a period of time. 10 days as a maximum, and more than that is borne by the insured,” adding that “electric cars take time to be repaired, due to the lack of direct agencies for them within the country, at the present time, but with the increasing use of this type of cars, these agencies will inevitably be present. To be close to customers.

Gilmeran added that "choosing a car usually includes several things, including the availability of maintenance and repair agencies, given its importance, and this is what individuals should take into account when buying."

For his part, car insurance specialist, Basil Amer, said that “companies apply the insurance authority system for the unified document, whereby they provide a replacement car for a period usually of seven days, which is a period that is sufficient for repair shops to fix all faults,” adding that “in the event that Throughout the repair period, the insured cannot be compensated with a replacement car for a long period, as the unified document system did not address the fact that the car uses petrol or is charged with electricity.”

It is noteworthy that the number of electric and hybrid cars in the country is increasing rapidly, which is more evident in taxi fleets in a number of emirates, while reports confirmed the increase in personal electric vehicles in recent years, as the decision to liberalize fuel prices issued in 2015 will accelerate this transformation.

The UAE is the leader of change towards the future of electric cars in the region, as it has succeeded in converting nearly 20% of the vehicle fleet of government agencies to electric cars, and aims to have about 42,000 electric cars on its streets by 2030.